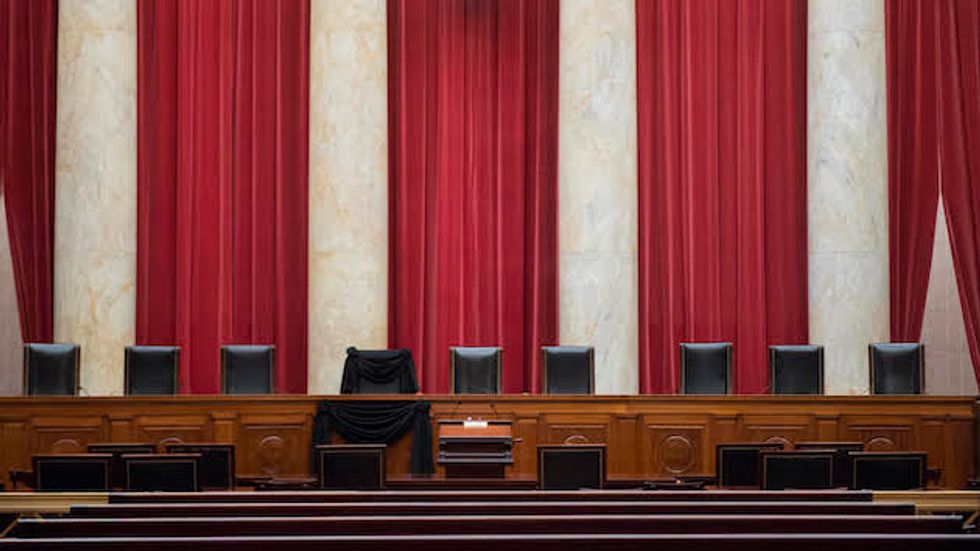 In the olden times of February 2016, Republicans decided that it would be bad to confirm a new member of the Supreme Court because Barack Obama only had more than a year left in office, so The People should have the chance to decide who'd appoint a replacement for Antonin Scalia. But now that it's looking like The People may choose Hillary Clinton, the hot new idea in WingnutLand is that it would be better to wait until The People come to their senses and elect a Republican, since that's what the Founders clearly had in mind.

Now it's not just John McCain or Ted Cruz, either! Go ahead and add to the list North Carolina's Richard Burr, and maybe Texas's John Cornyn, too. At a private event over the weekend, Burr explained there'd be no problem at all keeping the Supreme Court running along on eight or fewer members until there's both a Republican president and Senate:

“If Hillary Clinton becomes president, I am going to do everything I can do to make sure four years from now, we still got an opening on the Supreme Court,” Burr, chairman of the Senate Intelligence Committee, told a group of Republican volunteers, according to CNN.

God knows the Constitution only says there has to be a Supreme Court, and that Presidents are supposed to name members to it, subject to the Senate's "advice and consent." So if they withhold consent for four years or longer, that's clearly something the Founders thought was peachy. We're pretty sure we saw that on James Maddison's Twitter, even.

Marco Rubio wasn't quite willing to go that far -- he'd only allow a total blockade of someone who's not a rightwing originalist like Antonin Scalia. So if Hillary Clinton nominated someone recommended by the Federalist Society, then maybe he'd think it over:

“If it’s someone good who understands that their job is to apply the constitution, according to its original intent, then that will be a welcome surprise,” he said. “But barring whether it’s Republican or a Democrat, if they appoint someone who I believe doesn’t meet that standard I’ll oppose that nominee.”

In a radio interview (skip to 7:50), John Cornyn had a terrific idea for avoiding the whole unpleasant question of an indefinite blockade of Supreme Court nominees:

Nope, not gonna speculate! Of course, there's an even more efficient way of doing something about that pesky Supreme Court opening: elect Hillary Clinton and a Democratic majority in the Senate -- not that Republicans wouldn't try to filibuster, but so far, it's still just a small minority of the Honorable Gentlemen from Greater Wingnuttia who are committed to no hearings or votes on the SCOTUS forever. Chuck Grassley, head of the Judiciary Committee -- and likely to remain Ranking Member if the R's are in the minority -- still seems committed to limiting the Senate's intransigence to the current term. Shortly after John McCain first floated the idea of never confirming any Clinton nominee ever, Grassley said he wouldn't "stonewall" any Clinton appointee, so he's still holding to his previous (if stupid) position that the next president will be able to get a hearing for their nominee, even if it is Hillary Clinton.

Then again, that was ages ago, in October, so you never know how Republican thinking may evolve on the Founders' immutable will.