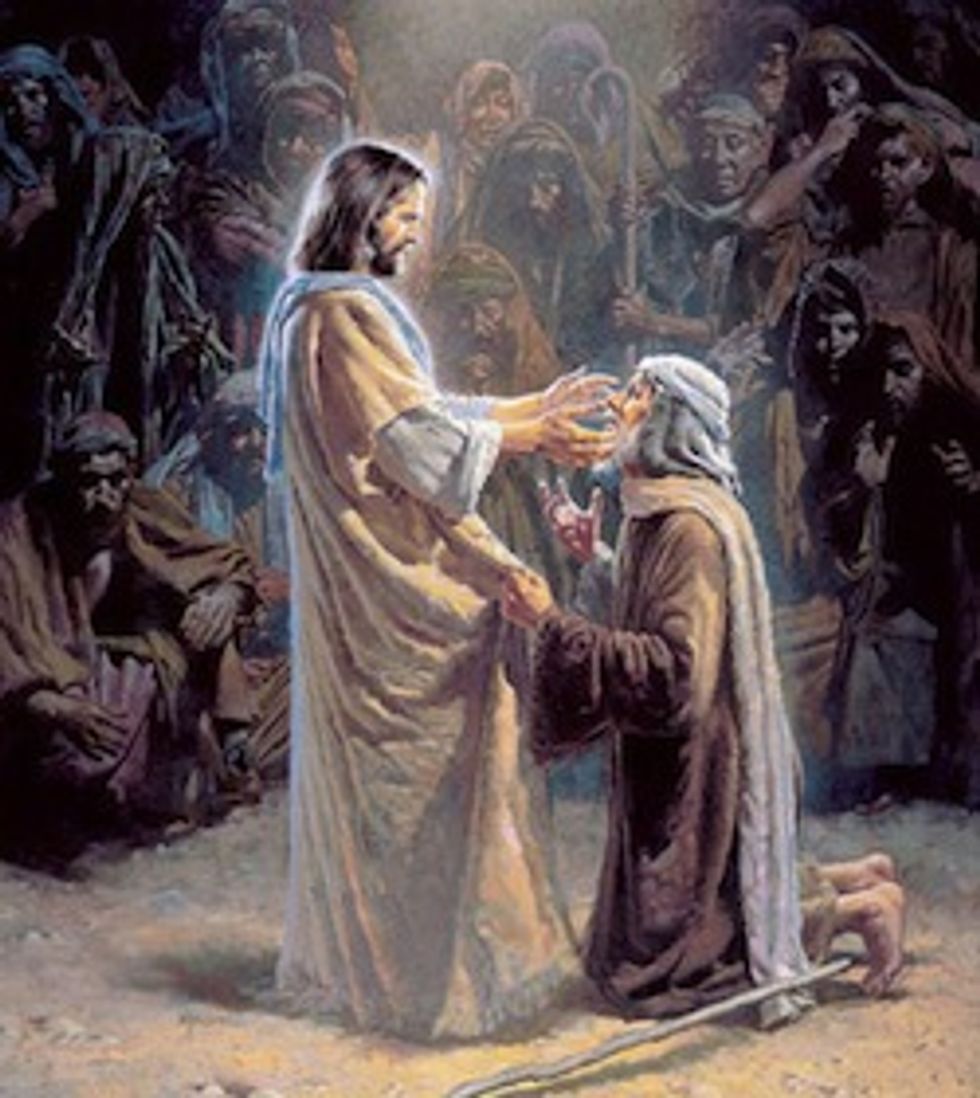 Aw,this is so sweet and Jesus-y:

The Senate on Wednesday adopted an amendment to the Employment Non-Discrimination Act (ENDA) from Sen. Rob Portman (R-Ohio) that would prevent retaliation against religious organizations.

Portman’s amendment -- which would prevent retaliation against religious organizations that don't hire someone because of sexual orientation or identity -- passed by voice-vote.

Now, you might ask yourself why religious institutions that are supposedly dedicated to spreading the good word about loving the poors and the sluts and how the 1 percent is gonna have a hell of a time getting into Heaven would need a special dispensation from the Senate to keep on keeping on with that whole "Ewww, The Gays" thing. Especially since New Pope recently said hating chicks and gays should maybe not be a top priority. But what does he know? That's just, like, his opinion, man, and as we've all learned from the bishops' tireless crusade to protect religious liberty by denying health care to women, there's really no better way to protect our freedoms than by fighting to deny other people their freedoms.

Of course, this is all just another exercise in senatorial futility, since Weeper of the House John Boehner has already said the House is too busy voting to impeach Obamacare and investigating IRSghazicareglitchgate to even bother holding a vote on ENDA, especially since protecting The Gays from employment discrimination will simply lead to "frivolous lawsuits." And he ought to know, what with all the millions of dollars Boehner spent on a frivolous lawsuit about The Gays. We guess a lawsuit is only frivolous when its filed by the godless heathens who oppose discrimination?

Since we are too busy frying up latkes to feed the troops in the War on Christmas to bother reading the whole entire who-begat-whom book, we have yet to find the part where Jesus said, "Thou shalt not hire The Gays because ewww," but we're pretty sure it's not actually in there, so why churches would need to be exempt from non-discrimination laws is beyond us, but we kind of figure that when your whole freedom d'être is about loving your neighbor and being good to others and stuff, if you think you need to have your right to hate people protected, you're probably doing it wrong.