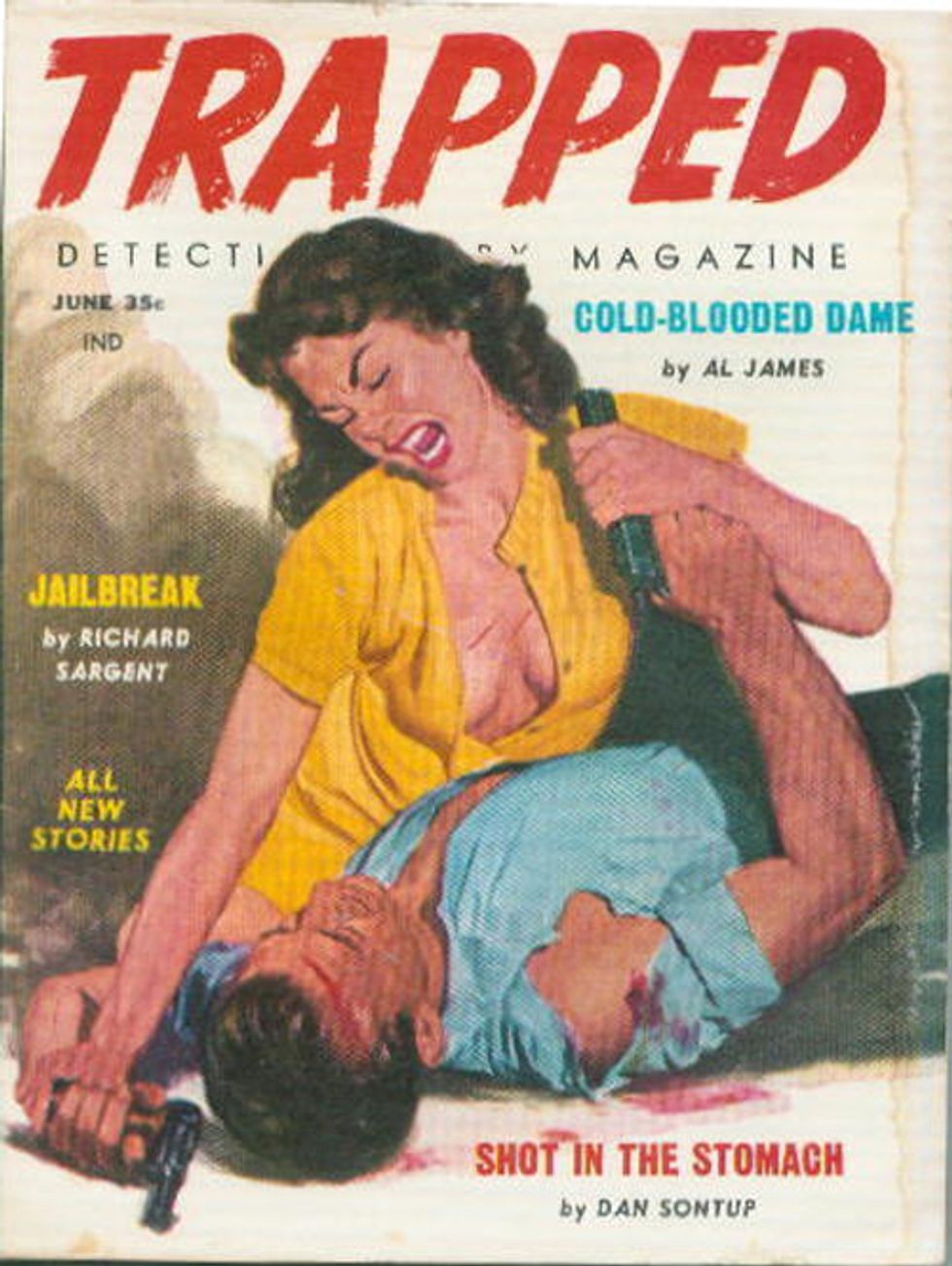 The sleazy, exceedingly stupid scandal involving Michigan state Reps. Todd Courser and Cindy Gamrat, the family-values right-wingers who concocted a fake gay scandal to cover up their real hetero affair, is grinding toward its embarrassing shame-soaked close, with both legislators asking that they be censured rather than expelled from office. The House released its full report Tuesday on the investigation of the pair's conduct, and the office of House Speaker Kevin Cotter has called for Gamrat to be censured and for Courser to be expelled. A bipartisan panel of House members is meeting this week to decide what disciplinary action would be most appropriate; unfortunately, Michigan law does not include an option for ridiculing them to death (with votes).

On Tuesday, Gamrat apologized before the committee and requested that she be censured:

“It is my hope through taking responsibility and accepting the consequences of my actions that corrections can be made so that healing and restoration can begin,” Gamrat said, fighting back tears. “... These decisions have dishonored God, my family, my district and my fellow representatives. And for that I am truly sorry.”

In a similar move, Rep. Courser -- who has a talent for long-winded, Scripture-filled defenses of his own actions -- also submitted a letter to the committee that one reporter called "uncharacteristically concise and contrite," requesting that he be censured instead of expelled, so that he could make everything right and good again:

I ask forgiveness because I presented myself in a way that brought embarrassment not only on me and family [sic], but on the House, my district, and the state. I take full responsibility for my actions that jeopardized the integrity of the Michigan Legislature. For that, I am truly sorry.

Courser asked to be censured "to allow me the opportunity to redeem myself in the public eye and restore the integrity of the State of Michigan." Yr Wonkette would note here that the State isn't the one with an integrity problem, and that it would probably be happy to relieve Mr. Courser of the burden of trying to redeem the whole state.

Courser's one-page Tuesday letter was in pretty remarkable contrast to an epic, 4,145-word rant that he released by email just a week ago, in which he hinted at dark forces trying to take him down because he's such a terrific conservative. He was being "singled out and put on the fast-track of expulsion," he wrote, which didn't surprise him at all, given all the nasty progressives and RINOS in the Michigan House: "I am pretty sure that there were nearly enough votes to expel me the day after I was sworn in." At one point in the statement, he also said that he has "a heart condition" that sometimes makes him feel as if he's going into cardiac arrest, which would explain why he missed some committee meetings and votes, while still miraculously leaving him capable of doing the horizontal boogaloo with Rep. Gamrat. The Lord does indeed work in mysterious ways.

For true masochists, there's also the full, 800-page report by the House Business Office, which investigated Courser and Gamrat and found that they had misused their offices and taxpayer funds in covering up their affair. If you want to get to some of the most damning stuff, the transcripts of recordings made by staffer Ben Graham start on page 555. Somewhere out there, an enterprising theater troupe has the makings of one hell of a dramatic reading, with all the plotting and the personal misery, and Courser's brilliant plan to "inoculate the herd" by sending an anonymous email accusing himself of hiring a male prostitute. There's the stuff of greatness here, particularly Ben Graham's West Wing-worthy monologue on page 571:

How true this is. God clearly had a plan for Todd Courser. And that plan involved everyone laughing at him.