Sexxxy Justin Trudeau Invites All The Mexicans To Canada, Doesn't Even Call Them Rapists 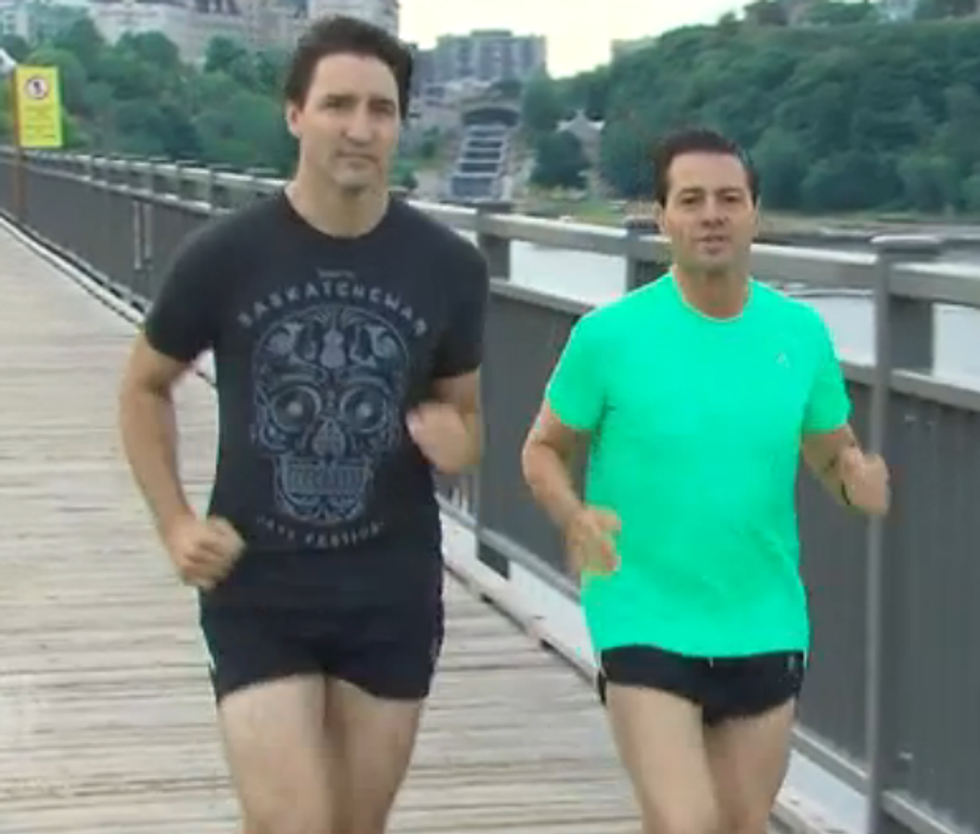 Oh hey, are you in the mood for a Nice Time post featuring the sexiest prime minister to ever sex his sexiness all over Canada? You have come to the right place! Young Handsome Justin Trudeau has announced that, effective December 1, all of Mexico is invited to Canada for a sleepover! Kind of!

The Government of Canada has made it a top priority to re-establish and strengthen our relationship with one of our most important partners, Mexico. To this end, Prime Minister Trudeau today announced Canada’s intention to lift the visa requirement for Mexican visitors to Canada beginning December 1, 2016. Lifting the visa requirement will deepen ties between Canada and Mexico and will increase the flow of travellers, ideas, and businesses between both countries.

Oh how nice! The presumptive Republican nominee for president, Donald J. Trump, is inciting xenophobia, racism and hatred against Mexicans and pretty much anybody else whose skin is darker than his odd orange complexion, whereas Justin Trudeau is laying out the welcome mat. Donald Trump wants to build a beautiful wall to keep the Mexicans out. Justin Trudeau wants to build a beautiful sky bridge over the dumbfuck flyover parts of America, with a water slide at the end to ensure that Mexican travelers get to Canada safely, fun-ly and BIG-LY.

(Trudeau is actually not proposing a sky bridge. That was a #joke.)

Regardless, aside from how he's doing a better job of living up to the words inscribed on the Statue of Liberty than America is -- his embrace of Syrian refugees comes to mind -- he's also trollin' the fuck out of Donald Trump, and he's hatin'.

Want to see a nice video of Trudeau speaking about all the news, with his face? Of course you do!

Mexican president Enrique Peña Nieto is up there in Ottawa right now for a visit, and the CBC reports that, on top of the lifting of the visa restrictions, Mexico will once again allow the Canadians to sell them all the beef. This was a problem, apparently, dating back to 2003 when there was an outbreak of bovine spongiform encephalopathy (BSE). Well that's not a problem no more, so Mexico gets to buy and eat all the Canada beef it wants, yay!

Speaking of Canada beef, here is Justin Trudeau in short shorts taking a run with the Mexican president. SPOILER ALERT: we watched it very closely for dick slips, but there aren't any :(

So there you go. A nice story with sexxx in it. And really, isn't that what Wonkette is all about?