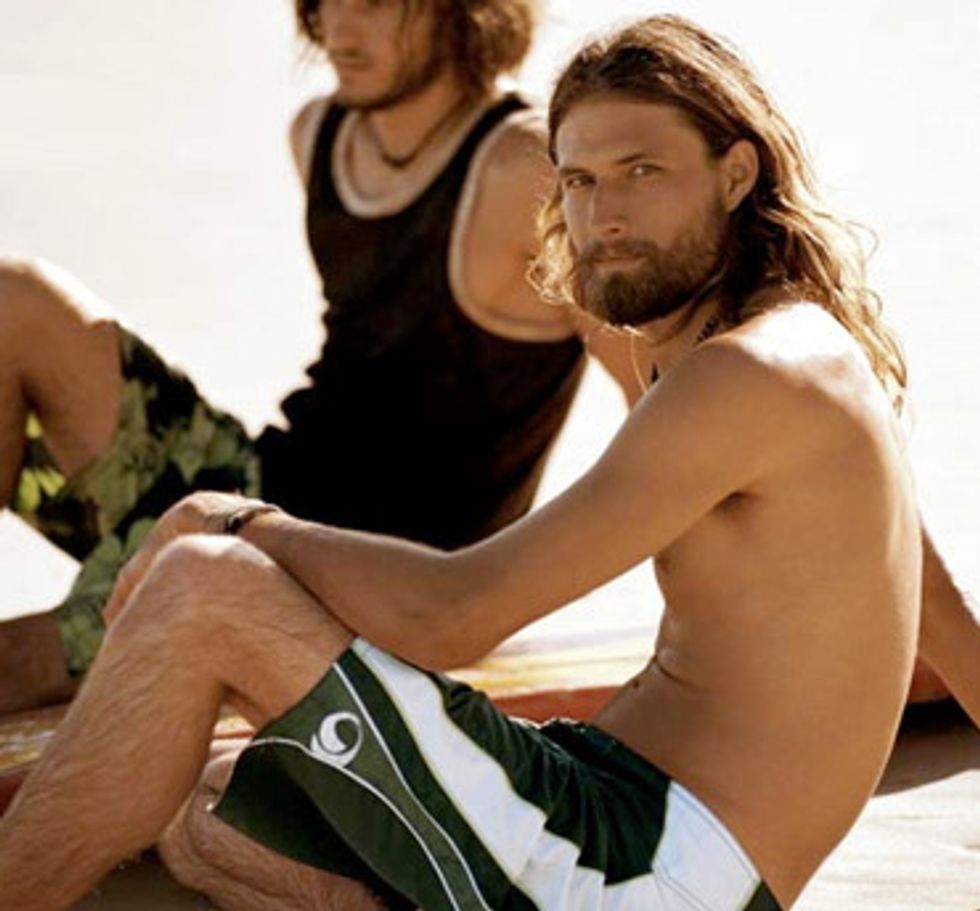 Imagine you are a center of Legitimate Jesus Worship during the day, and a center of NEKKID BEACH PARTIES at night, because this is part of your "ministry." You would be the Life Center: A Spiritual Community church, in Panama City Beach, and now the mean government is saying you've lost your tax exempt status because they're just not sure college kids painting their naked Adam and Eve parts for Spring Break time on the beach is something any benevolent deity has actually requested recently. The government is the WORST:

A local church that has been hosting naked paint parties and slumber-party Sundays with the “sexiest ladies on the beach” will now have to pay taxes on the property as officers investigate the church’s practices, authorities said Tuesday.

The Life Center: A Spiritual Community, 9721 Thomas Drive, has been up and running its seven-days-a-week party schedule as Amnesia: The Tabernacle since Feb. 28. But The Tabernacle, which caters to college students on vacation, has caught the attention of more than just party-seeking spring breakers.

Since ATMs and a banner promoting “iDrink” appeared out front of The Life Center, the Bay County Sheriff’s Office and Panama City Beach Police Department investigators have began taking a closer look at the church.

Ya THINK? The, ahem, "church" says that these are alcohol-free naked slumber/bodypaint/sex parties, so it IS TOO a "youth outreach" event, despite the "iDrink" banner. Surprise, college kids, the only shots here are the BLOOD OF OUR LORD, fuck yeah, all-night naked Eucharist!

The Panama City News-Herald reports that specific soul-winning events held by this normal church include "a Sunday night event called 'Slumber,' a pajama and lingerie party hosted by 'the sexiest ladies on the beach,'" and the “Anything But Clothes" party, where the body-painting happens, FOR JESUS. Also, Twerkin' on Wednesdays at the "Wet n Wild" event.

If you are still not convinced that this is all a Christian missionary-type thing, consider this:

Patrons are charged $20 at the door, which is called a donation. And T-shirts depicting stick figures performing oral sex on one another and the text “I hate being sober” adorn the walls.

Okay, okay, Wonkette is a Christian, we can explain. The $20 is called TITHING, you heathen government fucks. The T-shirts don't depict oral sex, that is simply what it looks like when the pastor puts the "host" in your mouth, it is a religious thing. And when they say they hate being sober, they are saying they'd rather be drunk on the spirit of the Lord.

So their tax-exempt status has been revoked, and the Lord is not pleased when his worshippers have to render taxes unto Caesar while they're trying to render their firm, painted asses unto Him. The Life Center now says they are only serving drinks of refreshing bottled water, and they are a very, very SAFE environment for the college kids. OR ARE THEY?

Bishop is currently on probation after pleading to a misdemeanor battery charge that surfaced after a 16-year-old girl said he made unwanted sexual advances toward her.

Of course he is, Moms and Dads, your kids are in HANDS in this House Of The Lord.