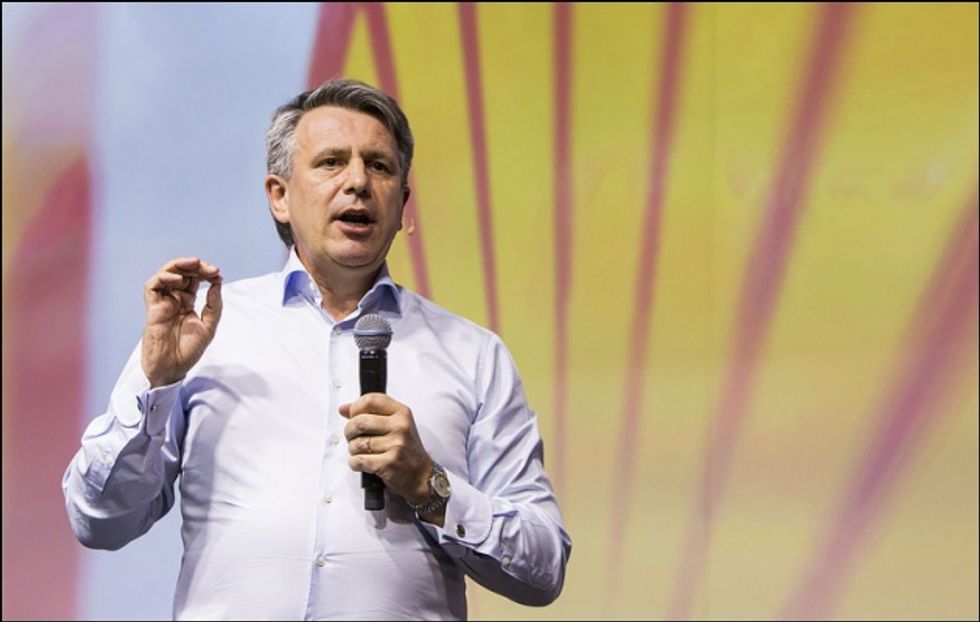 This should be fun for Fox News to explain away: The CEO of Royal Dutch Shell, Ben van Beurden, said at an energy industry conference in London that climate change is real and that a system of pricing carbon would be the best way to start reducing CO2 emissions. It's almost as if the guy were some kind of radical leftist who hates prosperity!

"Yes, climate change is real. And yes, renewables are an indispensable part of the future energy mix," van Beurden said, according to prepared remarks. "But no, provoking a sudden death of fossil fuels isn’t a plausible plan."

"The issue is how to balance one moral obligation, energy access for all, against the other: fighting climate change," he continued. "We still need fossil fuels for a lower carbon, higher energy future."

Okay, so he's making some good noises here, but also wants to stay in business, no surprises. Sounds a little like an energy industry version of Warren Buffett. Still, some of the things van Beurden said would make it impossible for him to get elected in the U.S. -- he advocated a shift from coal to natural gas for generating electricity, so he wants to do War On Coal, and also wants to see a "well executed" system of pricing for carbon, which sounds an awful lot like "cap and trade," that socialist scheme that was a free-market solution when it originated in the George H.W. Bush administration, then became communist when Barack Obama supported it.

Van Beurden said that it's time to finally take action, and that the energy industry needs to get its own act together:

"The debate -- driven by [non-governmental organizations] -- still revolves around emission targets, whereas the policies needed for meeting those targets are often overlooked."

He also acknowledged the oil industry's credibility issue, and said it must take a critical look at itself: "You cannot talk credibly about lowering emissions globally if, for example, you are slow to acknowledge climate change; if you undermine calls for an effective carbon price; and if you always descend into the ‘jobs versus environment’ argument in the public debate."

What kind of commie weirdo is this oil company CEO? It's almost as if he recognizes that instead of holding onto hydrocarbons forever, Shell could make money doing cleaner energy? Also, we must note that van Beurden is a Dutch citizen, so maybe that explains his crush on climate change. He's a bicycle-path advocatin' Agenda 21 dupe from that hotbed of radicalism where marywanna is legal and they serve Royales with cheese. Freak.

Still, we can hardly wait to see Sean Hannity denouncing the head of Shell Oil as a raving liberal hater of free enterprise.