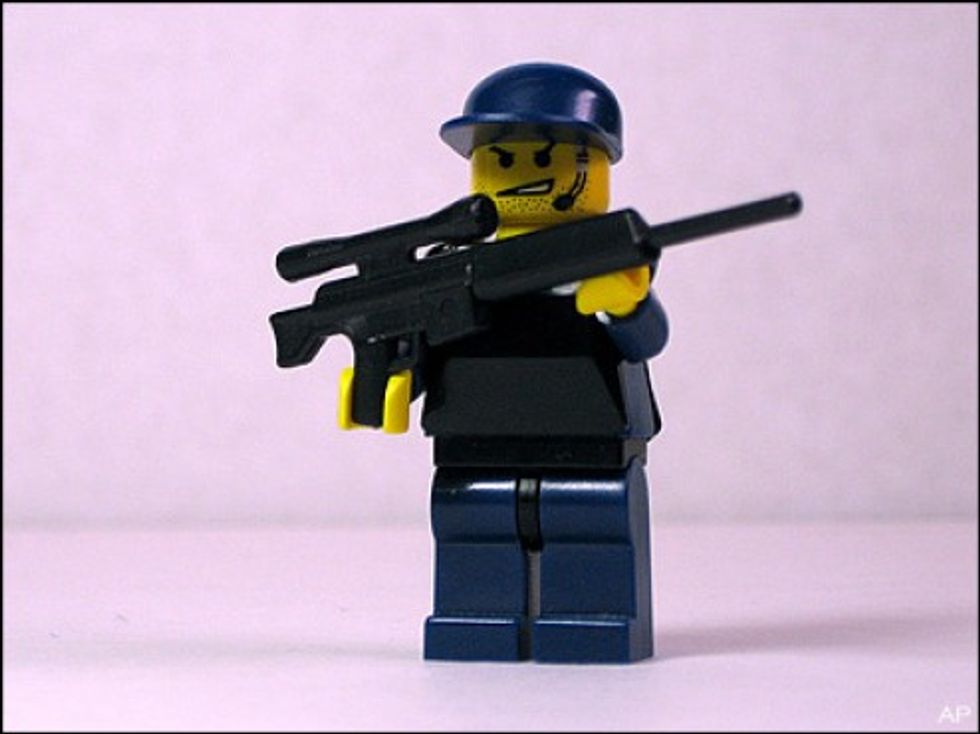 Are you a person of the child-having persuasion? Perhaps a little school-aged darling? Do you have the extreme misfortune to live in Maricopa County, AZ? (Dear god we hope not and if you do we are sorry.) If you are all these things together, wouldn't you just feel cozy and awesome and safe if Sheriff Joe Arpaio sent his armed volunteer posse to your kid's school without, well,checking with the school? You're fine with it? That's cool. What if we told you Sheriff Joe's posse is basically "Sons of Anarchy," but without the nice?

The posse began patrolling on Monday, and officially rolled out Wednesday, but not all school officials received advance notice.

"I was a little confused when I was in parking lot with those two gentlemen in the marked car. It sure seemed like from the uniforms they might have been regular deputies, but I'm not sure I've seen uniforms for the posse members," Taft elementary principal Russ Heath told a local ABC affiliate.

Arpaio told ABC/Univision in December that it was not up for debate whether the schools had posse members posted outside.

"It doesn't matter whether they like it or don't," he said. "I'm still going to do it. I can't imagine criticism coming when they're given free protection."

Well, yeah! Who would object to free protection from volunteers who are no doubt carefully vetted and very responsible and definitely good people to be carrying firearms? Oh wait:

And then there was Jacob Cutler. According to a Flagstaff police report, Cutler threw his girlfriend to the ground and choked her while trying to sexually assault her in 2008. When she didn't cooperate, he allegedly threatened to call police and said they would side with him, because he "has a badge." He was a member of Arpaio's posse at the time.

OK fine. He's probably just a bad apple. Everyone ELSE at your kid's school, marching around like a little tin soldier with a weapon, is no doubt totally cool. Wait. Shit.

Kevin Ray Campos was arrested in 2007 outside a Scottsdale club for disorderly conduct. According to the police report, he spit on several bouncers and then hurled profanities at a Scottsdale police officer. He pleaded guilty to a misdemeanor, according to court records, and was hired as a posse member a year later.

And then there's the accusation from 2007 that a driver backed into Clark's car and then left the scene. Clark allegedly followed the car, rammed the vehicle and held the driver and passenger at gunpoint, all while he was off-duty.

Yet, Clark still remains in the posse.

Oh, also there is at least one person in the posse who was arrested for "sex crimes against children."

If you live in Maricopa County, you should probably just move.