Shirtless Sweaty Man Will Be Arizona's Governor For Sure 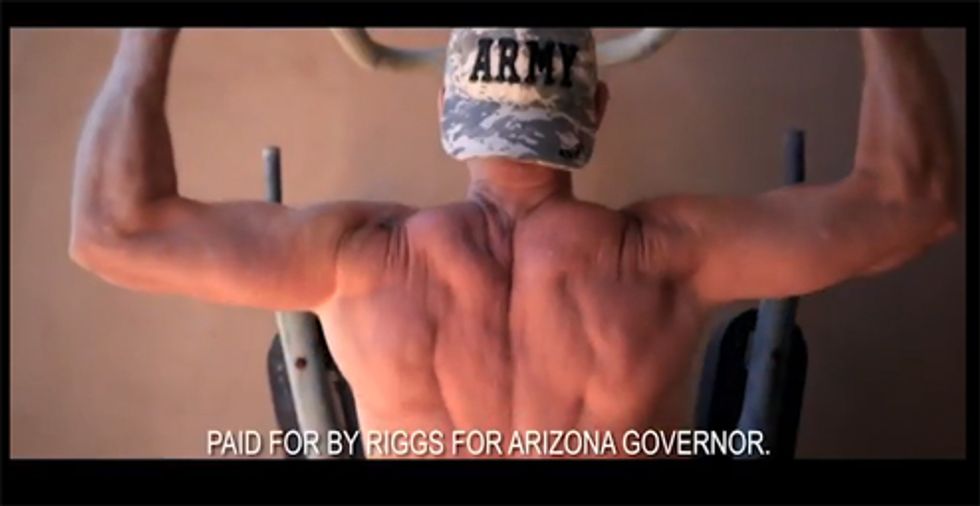 Frank Riggs, one of several candidates for governor in Arizona's Republican primary, is trying something unusual for a Republican campaign ad: He's not shooting anything. But he includes a gun show anyway, explaining, as he pumps iron, that he's a strong candidate. Oh, we get it -- "strong" can mean both in good physical condition, and politically resolute! That is quite clever and everyone should give this clever shirtless man money.

Riggs is also an Army veteran and a former congresscritter from California, though of course that state is not mentioned in his excellent ad, in which he also strongly promises to strongly repeal Common Core, strongly stop Medicaid expansion so that the poors won't be burdened with health insurance (if they want to be healthy, they should pump iron), and strongly secure the U.S.-Mexico border, which is apparently something governors can do because Frank Riggs lives in campaign-ad fantasy camp.

Here's his dumb ad. Just look at his rippling gubernatorials!