Shove Herbs Up Your Butt For Cancer: The Snake Oil Bulletin 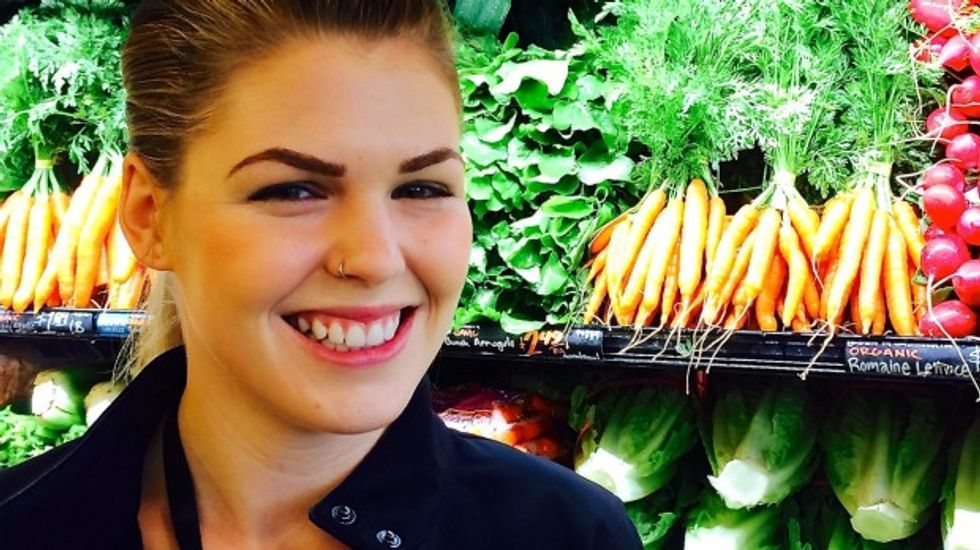 Welcome back to the Snake Oil Bulletin! If that smiling, Cheshire cat smirk above brings up any residual flashbacks of Enron executives or pushers of the Iraqi invasion, it's because it's coated in a sickening layer of mendacity. It's Belle Gibson! Notorious conwoman that she is, Belle couldn't stay out of the news long enough for anyone's tastes, so we're proud to open up our bulletin today with the return of an old favorite. Let's see what nonsense she's up to this week, shall we?

Unfortunately, just like the herp, Gibson's troubles never go away, they just flare up at the worst times. Consumer Affairs Victoria, the governmental agency that monitors fraudulent claims to consumers, is filing a civil lawsuit against Gibson and her publisher, hoping to fine her up to $1.1 million AUD and fine Penguin Publishing up to $30,000 AUD. We haven't checked exchange rates, but we're sure that's like "a whole bunch" in American.

The sticking point for Consumer Affairs was the fact that Gibson had promised more than $300,000 to various charities and had made good on about $7,000 of it. In fact, it seems Gibson's books were cooked in more ways than one, as Consumer Affairs revealed that not only does Gibson owe over $140,000 in debt, but she owes about $83,500 in unpaid taxes. It's so satisfying to watch bad things happen to people you despise. The Germans call it schadenfreude, which loosely translates to "Shove this up your ass, Belle."

In addition, Penguin Publishing will be required to place a warning label on ALL future books pushing natural remedies, warning that the remedies are not based on evidence, which is kind of like walking around on the street with a face tattoo that says "I'M A LIAR." So it's exactly like a Romney face tattoo.

Consumer Affairs is not filing criminal charges against Gibson (yet), as they believe they can actually achieve more by going the civil route. We don't know the intricacies of Australian fraud law, so we can only wish good luck to the board and hope they take her for every penny. We'll end our (most certainly not last) entry on Gibson with a choice quote from Jane Garrett, Minister of the Consumer Affairs board:

Selling people snake oil is as old as the hills, but its devastating damage is as fresh today... You will never put people back into the position they were in if they believed this material and this book... but this is an important step forward.

It's good to see somebody take a stand against these charlatans; it's only too bad someone didn't stop them before they actually hurt people, like in our next story.

A "naturopath" has been banned from prescribing his bogus herbs unless a real fucking doctor approves the prescription first. This is the legal equivalent of having your mom sign all your homework because you can't be trusted to not kill old women with cancer. Or something.

Ian Pile (appropriate) is an herbalist in Australia who told a client who was diagnosed with metastatic colorectal cancer that he could cure her cancer within a few weeks by "cleansing her blood" with herb tablets. He claimed if the woman took twelve of the tablets a day, her cancer would be completely cured within weeks. Then he sold her (vomit warning!) a $600 "bowel milkshake" made of milk, slippery elm powder, flaxseed oil, and psyllium husk. Sounds like something the CIA might have used in a black site.

Turns out none of these stomach churning ingredients is particularly healthy for a person on chemo, because the woman was admitted to an ER two weeks later for severe abdominal pains and vomiting. Turns out Pile had never bothered to check the interaction of the "medicine" he was giving her, nor call her oncologists to ask if shoving random plants down a sick woman's throat was a good idea. Whoopsie doodle, he didn't mean to very nearly kill her, honest.

Now Pile is being dragged before the Health Care Complaints Commission for endangering her health. Although the patient did eventually pass from her cancer, it doesn't seem the Commission is blaming Pile for the death, but that doesn't mean he's going to get off scot-free for treating a cancer patient's bowels like a game of Dr. Mario.

Pile's self-description of his "practice" is truly precious:

Mr Pile is a non-registered health practitioner, who describes himself as a medical herbalist, and practises alternative medical systems such as Ayurvedic medicine, iridology and reflexology.

It's like a "What's That?" of bullshit health beliefs. You'll note the intentional weasel words of "alternative medical systems" as if something like how human bodies work is all a matter of opinion. Like climate change! In fact, let's come right out and declare that naturopaths are the Congressional Republicans of the medical field: they have no interest in helping and only make everything worse.

Pile claims his herbs are "essentially as benign as food" and are non-toxic "even in large doses." If you believe the herbs are benign, why did you believe they could cure cancer? Either they're potent or they're not. You can't have it both ways, fraud. Also too, the substance doesn't determine the toxicity, it's the dosage. Water, in large enough amounts, is toxic. You'd know that if you paid attention in chemistry instead of skipping class to partake in some herb yourself.

Not only is Pile a fraud, but he's incompetent too. He took no precautions for safety and didn't even bother to count the herbs he was shoving down this sick lady.

[The] commission found he failed to know the precise measurements of the herbs he used in his formulations; that he used herbs that were at least eight years old and not properly stored to prevent contamination; and inappropriately prescribed a number of herbs that induce vomiting for a patient with a colostomy bag.

What an ass. If you're going to be a fraud, at least be a smart fraud. He's never going to get a book deal (not even with a warning sticker) pulling amateur stuff like this. Belle Gibson is disappointed.