So Did You Hear How A Fake News Story Almost Started A Nuclear War Last Week? 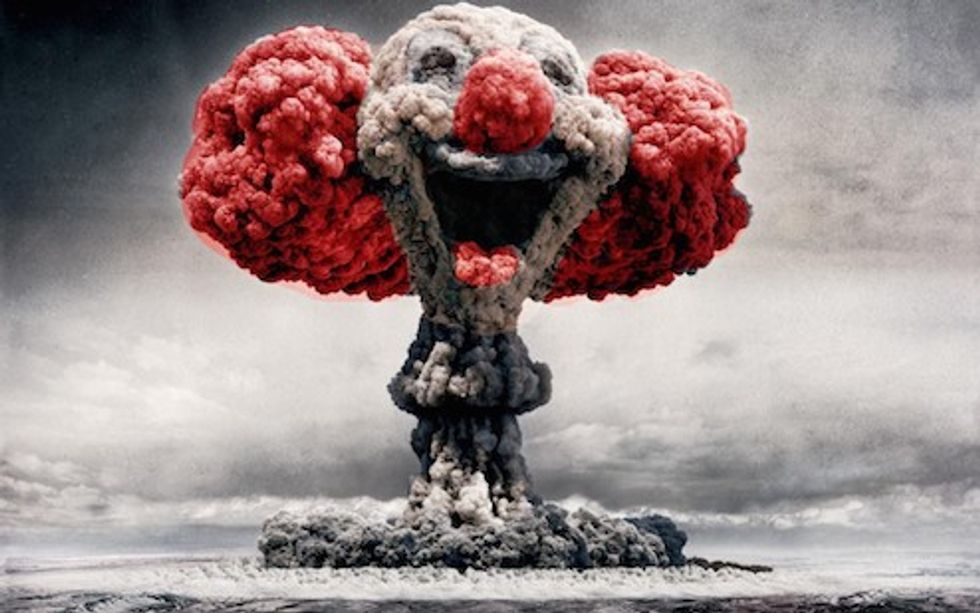 Oh, those irrepressible scamps who write the fake news stories aimed at freaking people out and generating clicks have gone and done it again, this time with a completely fabricated quote about Israel maybe attacking Pakistan that led the defense minister of Pakistan to warn Israel that Pakistan would happily throw some nukes Israel's way if it needed to. Fortunately, everyone with actual fingers near actual buttons managed to sort things out before things escalated. (This time, ha-ha-ha, nervous laughter.)

A fake news site, "AWDNews," published a story last Tuesday, Dec. 20, claiming that Moshe Yaalon, a former Israeli defense minister, threatened that if Pakistan were to become involved in the Syrian civil war, then Israel would launch a nuclear attack on Pakistan (we do not follow Pakistani politics enough to know whether Pakistan has even talked about sending troops to Syria, which doesn't matter anyway, since the story was, as we say, fake). The fake article had "Yaalon" saying, "We will destroy them with a nuclear attack."

Unfortunately, Pakistan's current defense minister, Khawaja Asif, just doesn't appreciate a hilarious prank by some website nobody's heard of, so he responded on his official Twitter account that Israel would do well to remember that Pakistan has its own nuclear arsenal:

One thing that probably should have tipped off Asif that the story was fake was that while everybody knows Israel has nukes, its official policy is to be thoroughly vague about confirming it does, so not even a former defense minister (Yaalon resigned in May) would ever say anything confirming Israel has the Bomb. Also, too, the New York Times notes the fake news article was full of typos, which suggests maybe it wasn't the most legit source ever:

For that matter, Defense Minister Asif should have been aware the supposed line about frustration at the slow pace of confronting ISIS/Daesh wasn't said by anyone in Pakistan -- like so many fake news pieces, the AWD writers attributed a real quote to a fake source. That quote actually came from the United Arab Emirates' Foreign Minister, way back in February 2016.

The next day, the Israeli Ministry of Defense tweeted that no, former Defense Minister Yaalon had said no such thing, and the reports Asif had replied to were completely false:

Here's hoping the two governments were also talking through diplomatic channels, not just Twitter. The two countries don't have direct diplomatic ties since Pakistan refuses to recognize Israel, but they do communicate through their respective embassies in Istanbul (not Constantinople), Turkey. So far, reports the New York Times, Minister Asif hasn't replied to the Israeli Tweet publicly.

On the up side, he also hasn't taken a bunch of F-16s to a pizzeria in Tel Aviv to check out the story for himself.

Gosh, wonder if there's a larger lesson here about not trying to conduct foreign policy via Twitter? Nahh, can't see any larger implications.