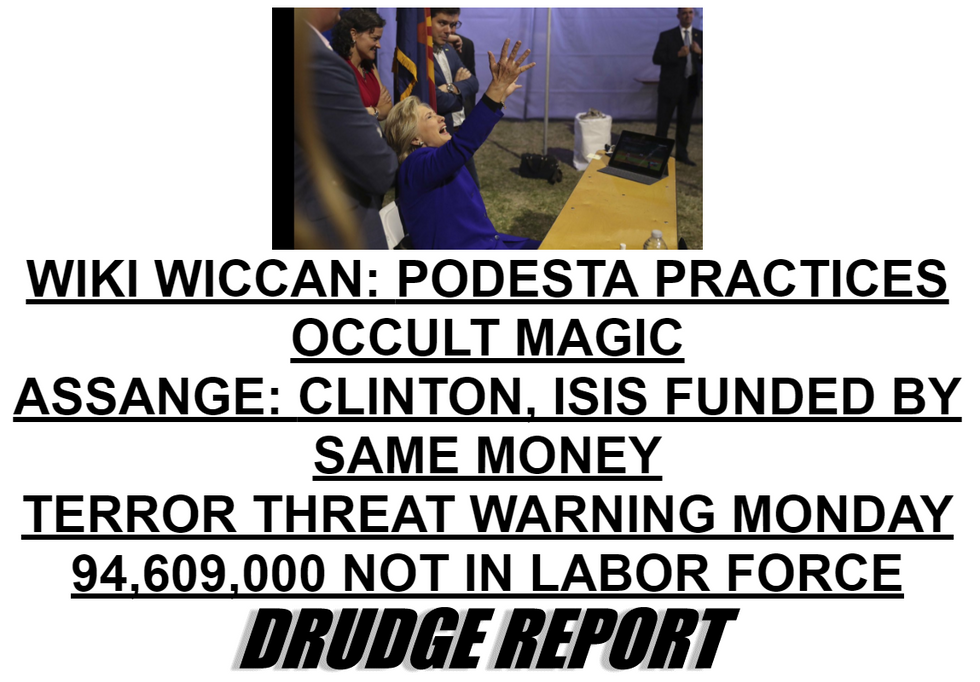 As of a few minutes ago, this was the front page of the Drudge Report:

Is "Rabid, mouthbreathing closet queen say what?" one of the science-approved stages of grief? Because he sure seems to be in it.

For the record, the links he provides go to:

Just before we screengrabbed it, there was also a loud headline about Hillary being the Antichrist, which linked to a story in The Guardian about all those Clinton-hating FBI agents going rogue. Ho-hum.

Nevertheless, thoughts 'n' prayers or whatever.