Somehow It Is A Gaffe For Joe Biden To Talk About Domestic Violence, We Guess 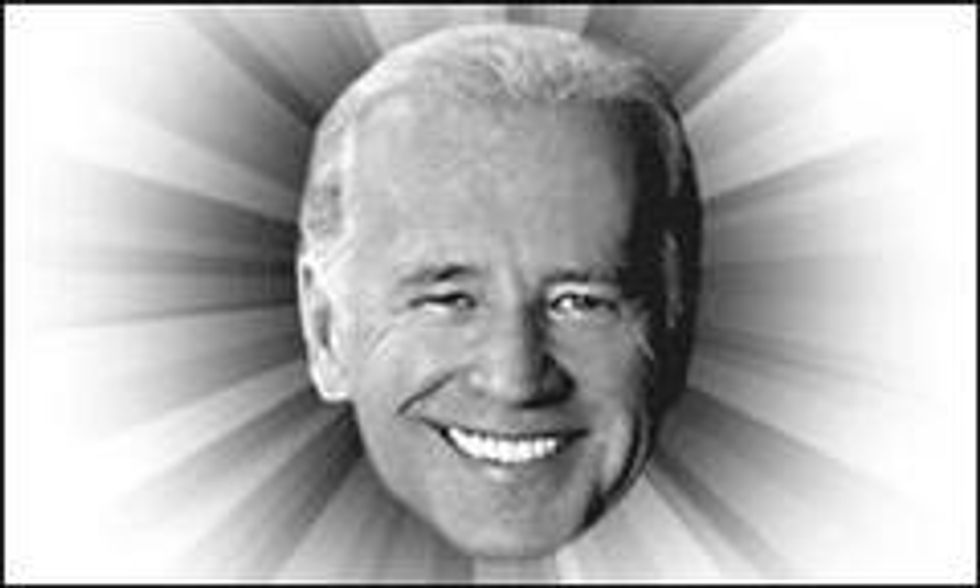 We do not getthis Breitbart.com post at all. Not like, haha, they are stupid and illogical (asperusual); no, we literally have absolutely no idea what they are trying to say here. Did they accidentally hire the Fox Mole to post audio of Joe Biden talking about the courage of women who call the cops on their abusers, his speech interrupted by wild applause? What exactly is their problem here? Your guesses, surely, will be better than ours. Here is the entirety of Breitbart's post (plus the video, which is after the jump):

"Last time I was down, I had them turn on one of the calls. And a young women, a young women was on the phone saying "I'm calling. Oh my god, oh my god. I see him, he's coming. I'm standing between Radioshack and Gap. I'm in the mall Please, please, oh god!" That's the reality. And I love these people who why don't these women have the courage to get up and leave. Can you imagine the courage it takes to pick up that phone and make the call. We should all have so much courage."

That is their whole post, presumably because it speaks for itself? Haha? What an idiot? We guess?

Let's see if Breitbart's commenters can figure out what is going on:

I mean seriously. Could I please just get through one freaking day without this guy making a total ass of himself? This moron has had a career being a talking head and everytime he talks something insanely stupid comes out. How, in the name of all that is holy, did this guy get himself to the position of VP? It is crazy. The stupidest people I have ever witnessed are running this country right now. And they have the balls to say that people that think like me are the stupid ones!? I wouldn't hire Biden or Holder to wash the bathrooms in a truckstop. I wouldn't hire Obama to organize the PTA. I don't think Janet Napolitano could defend her softball glove. How did we get here?

Wait a minute! This is not CountFunkula's beautiful house! THIS IS NOT HIS BEAUTIFUL WIFE! Okay, so that is the first comment. What says the second?

I imagine Barry's team huddled together before they chose a VP running mate for him, saying "I don't know. Who is less of a dimwit than this guy? Is there ANYONE in our party that will make Obama look smarter?" Then, probably someone from the back, barked out "Biden's a total idiot. How 'bout HIM?"

And the rest, as they say, is history.

Oh, now we get it. Joe Biden is an idiot.