Something Needs To Be Done About All These Men In Texas Having Abortions, Because None Of Them Are Happy Now 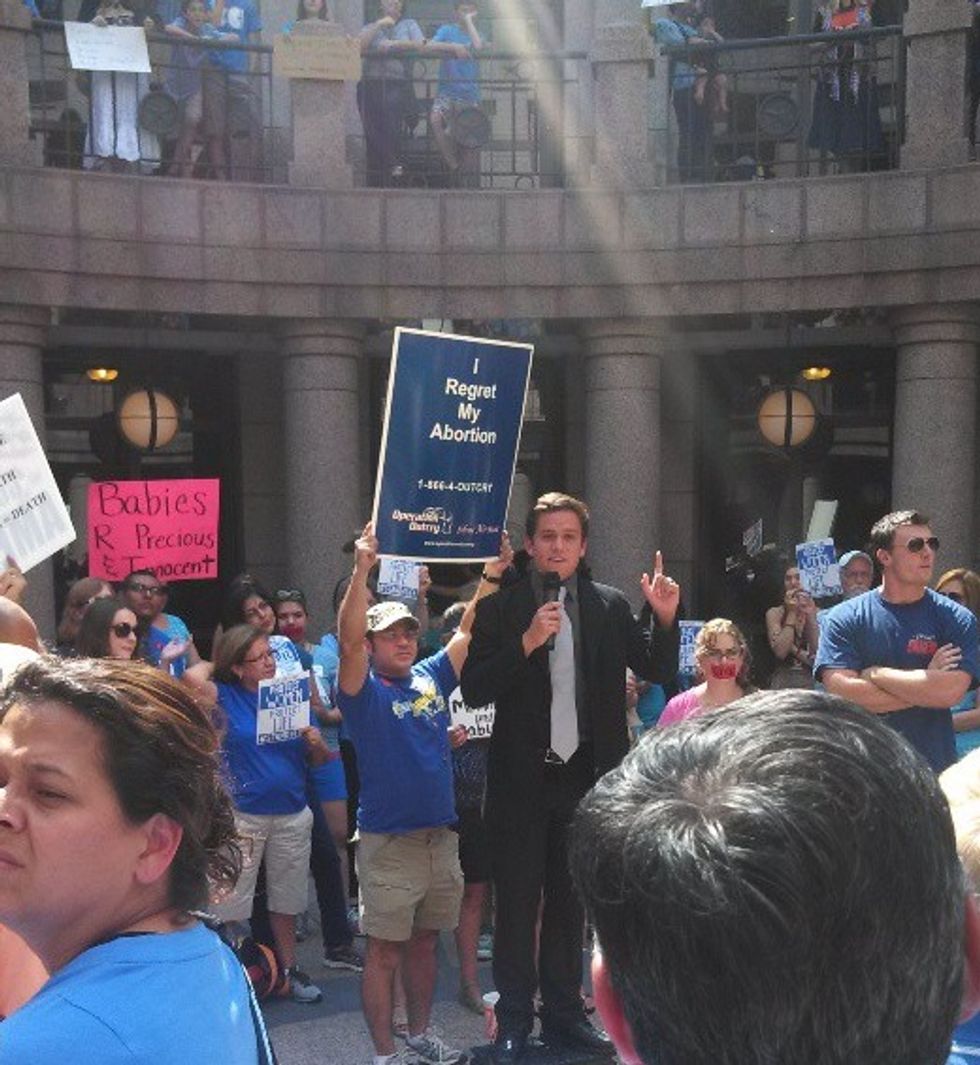 See, we thought that maybe this was a fluke, and that there was nothing more that could possibly be said about the fierce derpery at work in this photo from the Texas Statehouse yesterday. But then we looked at the Twitter stream of the photographer, Seth Millstein, who's been tweeting the dickens out of the demonstrations for and against the terrible abortion-restrictions bill (which is now "SB 1," if you have a scorecard). That's when we saw that Millstein had posted two other photos of men who also regretted having had abortions.  Texas is apparently even weirder than we'd thought!

This next gentleman photobombed a guy in a suit asking the very important question, "What if Winston Churchill had been aborted?" (Oh yeah, well What if HITLER had? We are now passing laws based on taunts...)

Millstein tweeted that while he saw both men and women holding the "I regret my abortion" signs, they were being handed out by a man with an anti-abortion group, so who knows? Maybe the guy simply didn't read what was on the signs, or gave no thought to the optics? We'd love to think that a sneaky pro-choice infiltrator was grinning while giving the signs to men, but that's a bit too Alex Jones false-flaggy, really.

You guys should probably "follow" this Millstein guy if you're into the Tweetings; he's provided some pretty nice on-the-ground observations, like a brief conversation with a woman who acknowledged that her children "couldn't read the signs they were holding," or the "pro-life" lady he overheard tearfully explaining to a reporter, "We need to protect them [young women] from themselves," possibly because they will grow up to become men who regret having abortions.