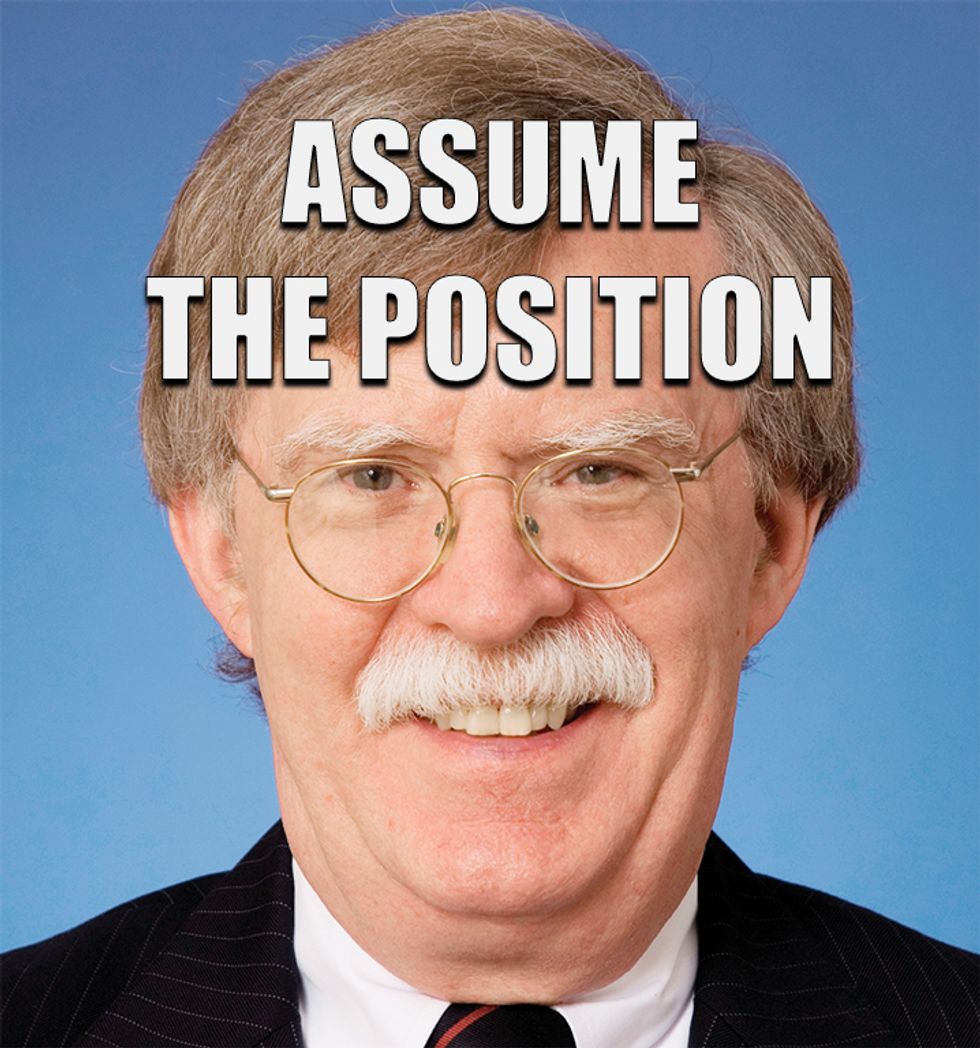 Would this guy lie to you?

Now this is some GROSS FUCKING INCOMPETENCE! See if you can spot the difference between the two statements the White House put out last night.

Trump spent the entire campaign shouting that the Iran nuclear agreement (JCPOA) was a terrible deal, negotiated by stupid people, and he was going to tear it up his first day in office. But last year he had Secretary of State Rex Tillerson and National Security Advisor H.R. McMaster to shake the rattle and spill Cheerios on his highchair tray long enough to keep him from throwing a full-blown tantrum and pulling out of the agreement entirely. So President Babyshits bitched and moaned and made do with decertifying the deal without asking Congress to impose any additional sanctions.

Only now we've got Mike Pompeo at State and John Bolton as NSA, and those wingnut warmongers are only too happy to start shit in the Middle East. Speculation was already running high that Trump would ditch the JCPOA and move to reimpose sanctions. He was probably going to blow the whole thing up on May 12 anyway, despite Emmanuel Macron holding his tiny hand and whispering sexily in his ear, "Don't do it, mon cher!" (Angela Merkel's entreaties had no effect, because, Helloooo OLD!)

And then Benjamin Netanyahu decided to give the situation a little nudge.

In February, Israeli agents stole a huge cache of documents proving that the Iranians were trying very hard to develop nuclear weapons before the JCPOA went into effect in 2016. Netanyahu laid out in detail what nuclear regulators already knew -- that the Iranians were lying their asses off about the program being for domestic energy production between 2006 and 2016. Which is why we wanted the agreement in the first place! This DOES NOT prove that Iran is currently out of compliance with the nuclear agreement.

Oh, they moved the files did they? How nefarious!

We go now to President Reading Comprehension for comment.

What we've learned has really shown that I've been 100% right.

Jiminy Fucking Christmas! Hey, NYT, how ignorant is our president?

GREAT. Well, at least we got some funny memes out of it.

I'm surprised no one is talking about the most shocking revelation in Bibi's presentation today. It explains so much. pic.twitter.com/kvxmlOPdEt

But back to the White House, where the paragons of competence running our nation's government made that little oopsie last night. HAS a nuclear program, HAD a nuclear program, what's the difference, right? The White House press office corrected the "typo" online, but failed to issue a new press release correcting the major fuckup from just hours earlier.

Almost like they intended to let their "typo" create a false impression that Iran had restarted its nuclear program in violation of the treaty. Gosh, would an honorable guy like John Bolton do that?

Please click here to fund us! We promise to correct our typos without starting WW3!