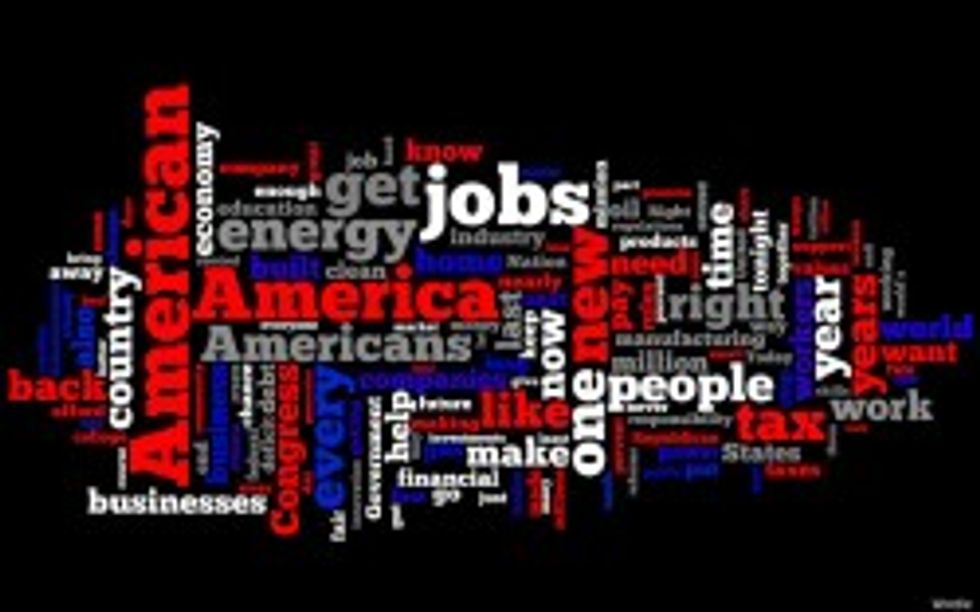 Official science has finally proven that Kenyan interloper Barack Obama has an incredibly low opinion of the average State of the Union-viewing American. An outfit which has adopted the patently fictional idea of "Smart Politics" as its name fed President Obama's speech into a sad word-eating robot, which digested and thenspit out this unbearable analysis: Barack Obama and/or his speechwriters crafted his speech at about an 8th-grade reading level, lower than any speech from the last 12 presidents including George W. Bush, even. And as a blood-curdling new survey shows, he would be correct in his assumption that 113% of Americans are stupid.

Eric Ostermeier at the University of Minnesota brings us this depressing analysis of our President's estimation of America's intellectual capacity:

With three addresses under his belt, President Obama has the lowest average Flesch-Kincaid score for State of the Union addresses of any modern president. Obama's average grade-level score of 8.4 is more than two grades lower than the 10.7 grade average for the other 67 addresses written by his 12 predecessors.

Truth be told, we should be happy Obama did not just deliver his speech in pop-up book form, given that apparently we are all pretty dumbbbb. A lovely portrait-study of American in decline brings us the exciting news that the youth can no longer focus enough to understand what science, technology, or math even are, let alone begin to study them:

Sixty percent of respondents ages 16 to 25 to the Lemelson-MIT Invention Index, which seeks to gauge innovation aptitude among young adults, named at least one factor that prevented them from pursuing further education or work in science, technology, engineering and math fields (known as STEM). Thirty-four percent said they "don't know much about these fields," while a third said "these fields are too challenging." Twenty-eight percent said they weren't "well-prepared in school to seek out a career or further ... [their] education in these fields."

Last week, the President's Council on Jobs and Competitiveness advocated a focus on STEM fields in schools. The paper stressed the need to "start by transforming our education system from preschool through K-12."