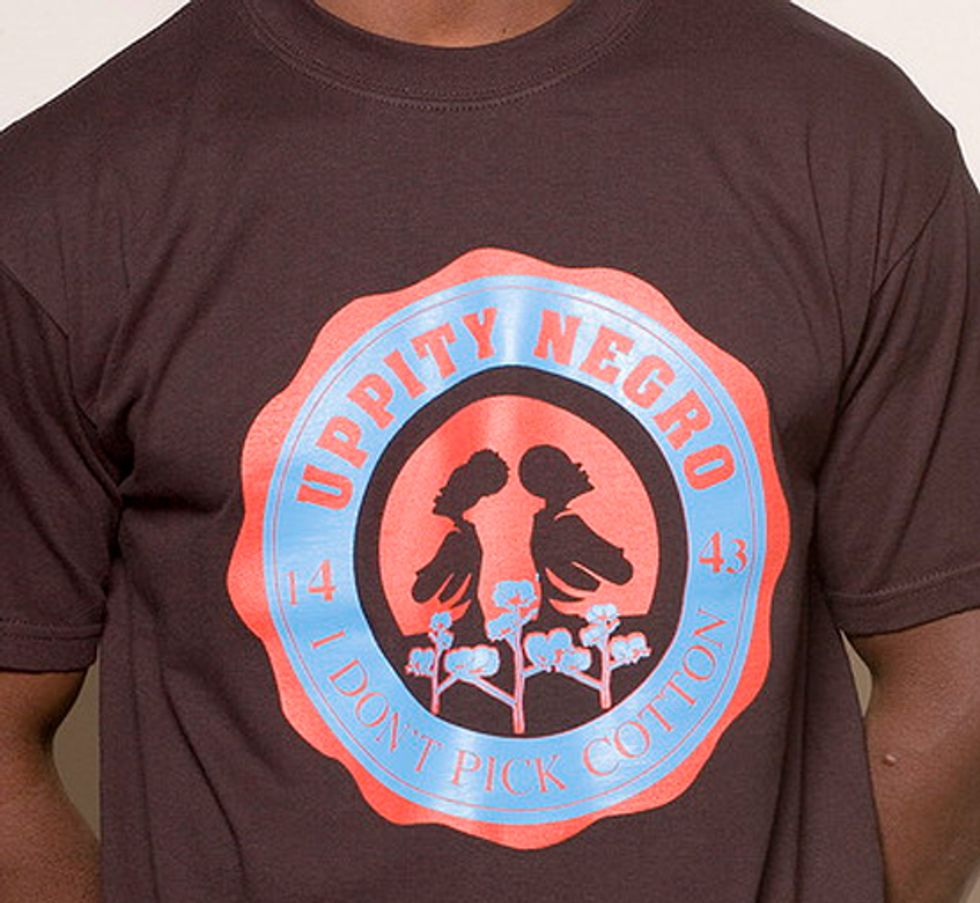 In today's "You're sure this isn't from National Report?" news -- because it sounds like bullshit, but isn't witty enough to be from The Onion -- we have this story out of South Carolina, where voters in several cities were asked some perfectly reasonable questions as part of an exit poll Tuesday. Four of the questions touched on race and slavery; respondents were asked to "agree" or "disagree" with these statements:

Not surprisingly, rather a lot of people were puzzled, annoyed, and offended by the question, probably because you know how people can get about race (which is no longer an issue in U.S. America).

Ah, but don't worry -- these are actually not offensive questions, according to the pollster, David Woodard, a political science professor at Clemson University, who explained that he was just using some very common poll questions:

Woodard said he was trying to prove that race has no bearing on whether whites vote for political candidates.

“It was designed to take advantage of a political moment of Senator Tim Scott's election as the first African-American from a southern state since reconstruction,” said Woodard. “It was not designed to be provocative.”

Woodard said the controversial statements mentioned in his polls were used by pollsters for decades and that's why he chose to include it. He was surprised by the reaction.

“We do this every day. We didn't think too much about it until we got it out in the field and saw that there was some reaction,” he said.

Unfortunately, it seems that even though these are very common polling questions, a lot of uninformed voters have not kept up with the social science research business, and foolishly though the questions weird or inappropriate, because they simply have no appreciation for science.

Or maybe Woodard is the lackwit, since, as Mashable notes, the questions are taken verbatim from the Modern Racism Scale, which is not an exit poll or a public opinion poll in the usual sense. It's a psychological test used to measure non-conscious biases -- in other words, a form typically used in social science research, given to people who know they are participating in a research project -- and even in social science, its validity is not universally acknowledged. These four questions are just a small sample of the actual test, which includes a wide range of statements designed to probe racial attitudes, such as these:

The actual research instrument also is scored on a scale from "strongly agree" to "strongly disagree," not a simplistic "agree/disagree" choice.

Now, even though Yr. Dok Zoom is merely a rhetoric/composition PhD and not a political scientist, he's had enough coursework to know that simply plopping a question from an instrument designed for use in an academic context into an exit poll distributed at polling places is, quite frankly, incredibly shitty research design, and Woodard should have known better. And if his goal is to "prove" that South Carolina voters were free of racial bias in their voting behavior, he'd need to do a hell of a lot more than include four questions from a wholly unrelated instrument in his little exit poll. Racial insensitivity aside, this dumb thing does violence to social science.