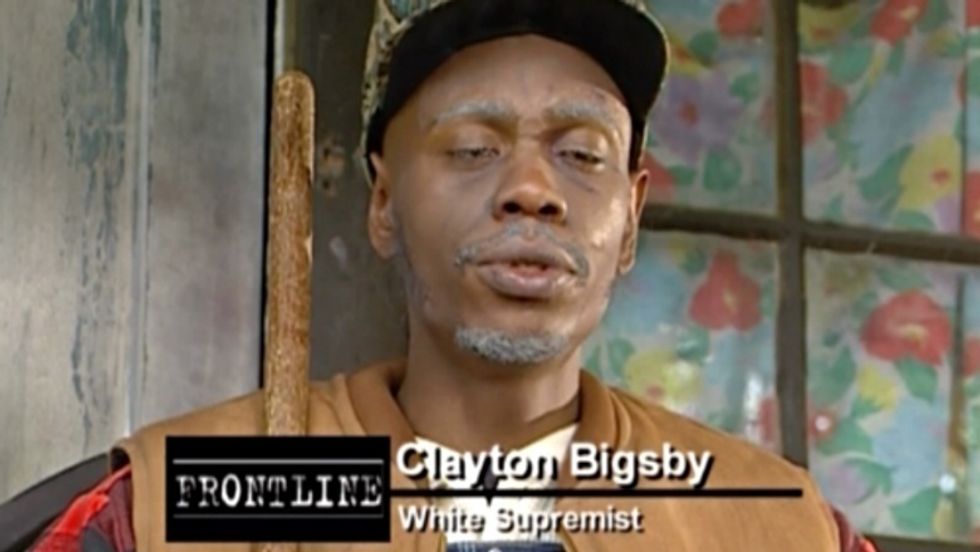 Two South Carolina Republicans had an idea. Rep. Bill Chumley of Woodruff and Rep. Mike Burns of Taylors -- likely tired of being told by liberals like us that their monuments to that war they started so they could keep black people as slaves are somehow racist -- thought they finally figured out way for them to honor the Confederacy in a way that no one could call racist!

How? By honoring all the black soldiers who bravely fought in this war that definitely had everything to do with "states' rights" and definitely nothing to do with keeping them as slaves. They were going to build a big, beautiful monument right at the statehouse -- one that no one would dare tear down.

It would be a perfect monument to the great Lost Cause. A monument that would say "Hey liberals! Black people LOVED the Confederacy, ok? They thought it was awesome. Guess you are the ones who are racist, huh!"

Oh, boy, would that show us!

Alas, they hit a snag. As it turned out, they could not find any black Confederate soldiers to honor in their monument, because South Carolina did not have any.

The State newspaper reviewed pension records from 1923 that show three blacks claimed armed service in South Carolina units under the Confederacy. Two pensions were confirmed as cooks or servants, and none for armed service.

That didn’t surprise historian Walter Edgar at all.

“In all my years of research, I can say I have seen no documentation of black South Carolina soldiers fighting for the Confederacy. In fact, when secession came, the state turned down free (blacks) who wanted to volunteer because they didn’t want armed persons of color,” said Edgar, who spent 32 years as director of the University of South Carolina’s Institute for Southern Studies and is author of “South Carolina: A History.”

Any African-American who served in a Confederate unit in South Carolina was either a slave or an unpaid laborer working against his will, Edgar said.

WHOOPS! That sure is an awkward situation they've got there. But they still think they can make it work.

Chumley said his bill could honor any African-American who served in the Confederacy, whether they picked up a gun or not.

“We are all learning a lot. The purpose of the bill is education,” said Chumley, who filed a companion proposal to research the contributions of black people to the Confederacy in South Carolina and teach about their service in public schools.

That sort of "education," by the way, is hardly anything new. Since the end of Reconstruction, Lost Causers have cherished the myth of black people who were supposedly all about the Confederacy and did not want things to change, who absolutely loved the white people who owned them -- and even taught their adorable children to tap dance.

Meanwhile, two other South Carolina politicians (including one who is even a Republican!), have come up with a much better idea.

A separate proposal from Sen. Darrell Jackson, a black Democrat, and Sen. Greg Gregory, a white Republican, would memorialize Robert Smalls with the first monument on Statehouse grounds to honor an individual African-American. In 1862, Smalls hijacked a Confederate supply ship he worked on, steered his family to freedom and delivered the ammunition-laden vessel to the Union. He went on to become a state legislator and five-term congressman.

This, frankly, is beautiful and perfect and I hope it gets passed. After all, if all they are interested in is history and education, this shouldn't bother them at all.