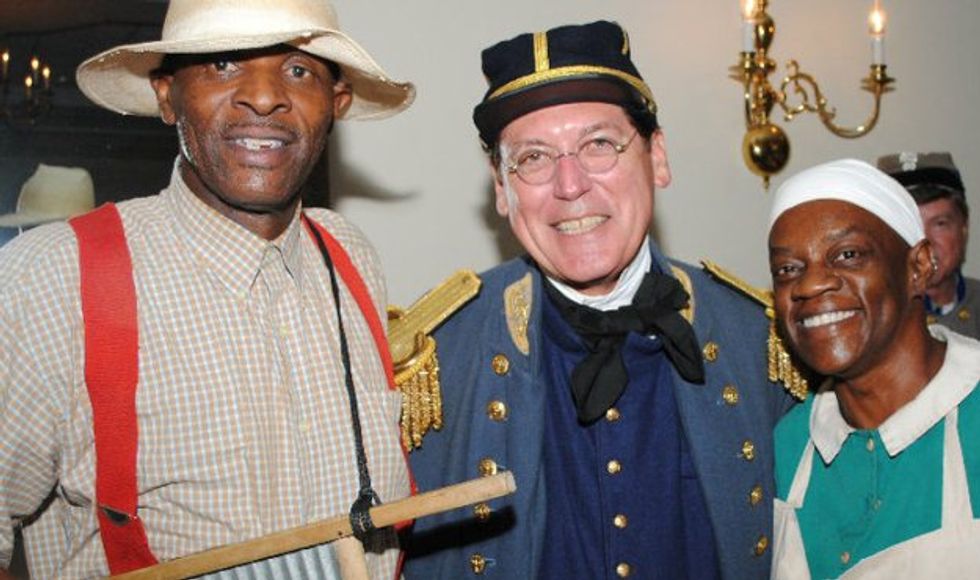 The National Federation of Republican Women had a board-of-directors meeting in South Carolina over the weekend. Which means that it was the perfect opportunity to have a cocktail party called "A Southern Experience" at the Charleston Country Club,complete with two black people hired to play slaves or something and pose with guests. As you can see above, S.C. Senate President Glenn McConnell likes to dress up as a Confederate general all the time, so he couldn't help himself and decided not to wear cocktail attire (not of this century anyway). Oh, by the way, we looked at the brochure for this meeting. This party also featured a "live auction." Jesus Christ.

In addition to McConnell, S.C. Gov. Mark Sanford attended (and spoke at) the event – although it was not listed on his weekly public schedule.

Aww, Sanford was the only person lonely enough to show up to this slavery party. (That's because Lindsey Graham wasn't invited. No relatively-out gay Republicans allowed. "AWWWW, HAM BISCUITS!")

So was Sanford auctioned off to an eligible mistress, or just the slave folk? And was he involved in the "Carolina Shag demonstration"? [FITS News]