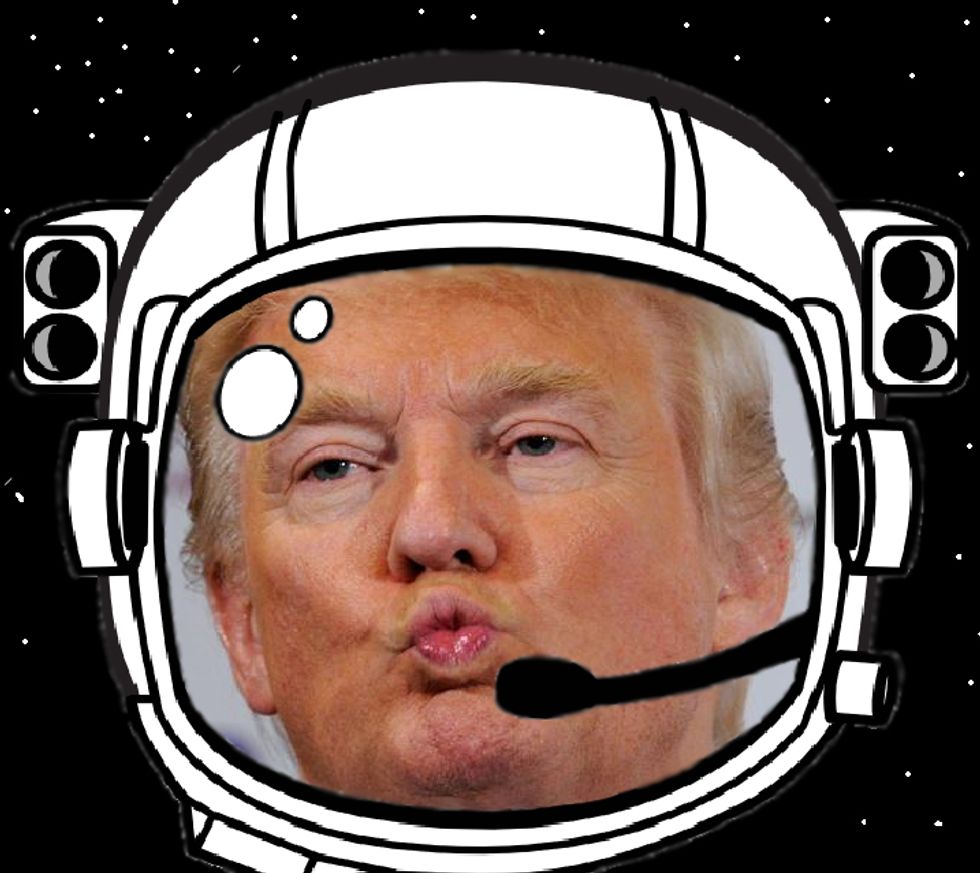 An unmanned Antares rocket exploded seconds after liftoff from a facility in Virginia yesterday, with the total loss of a payload of food, water, and scientific experiments bound for the International Space Station. It was pretty spectacular:

No one was hurt in the crash, though there was significant damage on the ground. America's Top Political Analyst Donald Trump had some thoughts on the wider symbolic significance of the event:

The Antares rocket was developed and launched by Orbital Sciences Corporation, a private contractor that won a bid from NASA to deliver supplies to the space station. NASA, starting under GW Bush but increasingly under Obama, has been doing a lot of these private contractor things, and they've generally been pretty successful. Apparently, Mr. Trump is unaware of the tendency of highly volatile rocket fuel and oxidant to sometimes explode and crash to the ground in a fiery flameout, something you'd think the promoter of several bankrupt casinos, conspiracy theories, and a rumored but never-launched presidential campaign might understand.

Damn, Obama, you let a privately operated unmanned rocket explode with no injuries, you incompetent bastard.

Also, where's Buzz Aldrin when you need him?