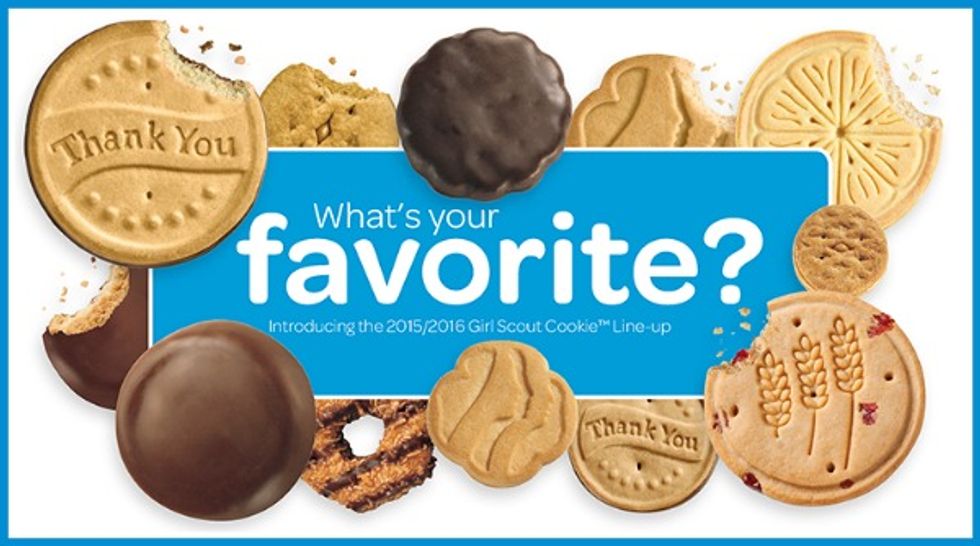 do you have anything in satan-flavored?

Does the Catholic Church as an institution give you whiplash? Us also too! Just in the last 48 hours, we saw Pope Francis mention that oh hey, it would be really cool if no government on God's green Earth executed anyone this year (haha good luck with that, Frankie boy) and that was objectively a thing us good liberal types could get behind. However, in the last 48 hours we also had the St. Louis Archbishop, Robert Carlson, declaring some sort of jihad against the Girl Scouts, because oh for Christ's sake of course he did.

Longtime Wonk-dwellers, are you saying to yourself, "self, where have I heard of Robert Carlson before? Is it perhaps because he is the archbishop who could not remember if doing sex to children was against the law?" [contextly_sidebar id="Oqk9Jb6tZBtrZZnjfdY9C3AQMX1Ko7mF"]

So Archbishop Carlson isn't too solid on whether grown men raping children is, strictly speaking, legal, but his wobbliness on that issue hasn't prevented him from being super duper certain that what the Girl Scouts are doing to this great nation of ours is scandalous indeed.

“Girl Scouts is exhibiting a troubling pattern of behavior and it is clear to me that as they move in the ways of the world it is becoming increasingly incompatible with our Catholic values,” Carlson wrote in a letter dated Thursday. “We must stop and ask ourselves — is Girl Scouts concerned with the total well-being of our young women? Does it do a good job forming the spiritual, emotional, and personal well-being of Catholic girls?”

[Side note: we know that it is proper to refer to "Girl Scouts" as a singular entity as he does here, but it still has echoes of "Is Our Children Learning" no matter how many times we read it.]

Well, the Girl Scouts say that their core goals are to build "girls of courage, confidence, and character, who make the world a better place." We mean, we get that is no "I can't remember if God or the law looks unkindly upon the raping of children," but it actually seems like a pretty solid set of ideas to try to instill in children? Maybe that's just us.

You don't need us to tell you that what Carlson is really unhappy about is that the Girl Scouts are insufficiently hate-filled about abortion and birth control, right? Right.

Carlson hasn't, strictly speaking, banned Catholic churches from hosting Girl Scout troop meetings or told people explicitly not to let their girl children go into the arms of Scouting Satan, but he would like alternative options blah blah blah.

Let's get to what really matters: can you eat the goddamn cookies, which are made of literal crack, or not?

A question-and-answer page on an Archdiocesan website also asks parents to question whether they should condone a child joining the Girl Scouts as it conflicts with Catholic teaching.

“Can I still buy Girl Scout Cookies?” is also among the questions posted on the Archdiocesan website.

“Each person must act in accord with their conscience,” is the response. “It is also our duty to form our consciences and learn the issues.”

So that's a yes, right? God created us and wants us to be happy and wants us to stuff a metric fuckton of those Thin Mints into our faceholes. That's a religious position we can all get behind.