Stalkers And Domestic Abusers Aren't Allowed To Have Guns, Unfair! 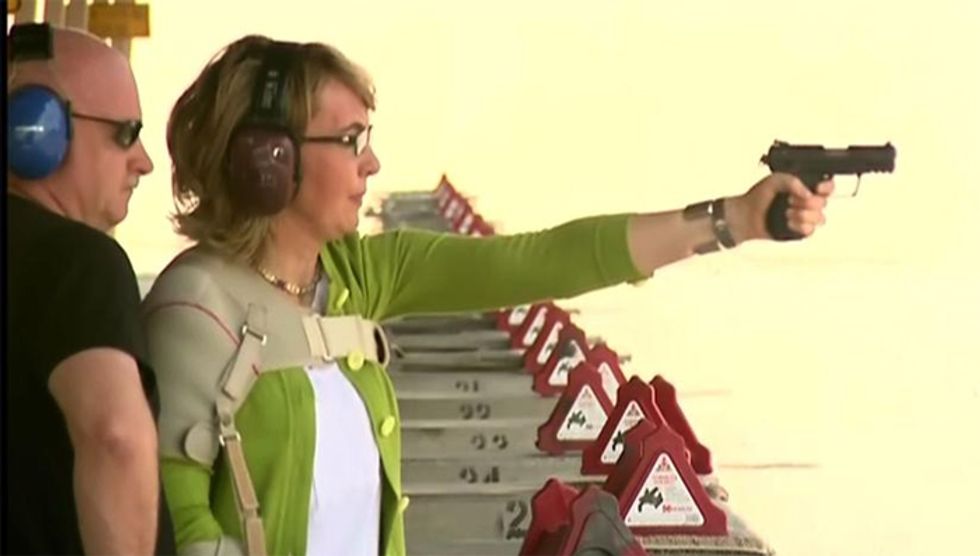 OK, so if 26 dead children in Newtown, and acouple hundred dead kids since then, aren't a good enough reason to pass gun control of some kind -- even just an expansion of background checks to cover gun shows and private sales -- maybe the specter of domestic violence would be enough to motivate lawmakers? In hearings today, the Senate Judiciary Committee heard testimony on the links between guns and domestic violence, and a new bill to restrict guns from suspects in stalking and domestic violence cases has been introduced by Sen. Amy Klobuchar (D-Minnesota). An editorial by Gabby Giffords called on Congress to pass Klobuchar's bill, and to "address this lethal mix of domestic violence and guns."

Giffords throws some frightening statistics at the issue:

Women in America are 11 times more likely to be murdered with a gun than women in other democratic countries with developed economies. In domestic abuse situations, if the abuser has access to a gun, it increases the chance that a woman will die by 500%.

Most of the time, women are murdered with guns by someone they know, either by a family member or an intimate partner, such as a former or current husband or boyfriend.

Between 2001 and 2012, more women were shot to death by an intimate partner in our country than the total number of American troops killed in the Iraq and Afghanistan wars combined. That is a national shame.

Then again, if statistics were of much use in changing gun laws, you might suppose that polls showing broad support -- including 74% of NRA members -- for expanding background checks would have been persuasive to Congress, too.

In the Senate hearing, an NRA member, Elvin Daniel, testified that he believes that an expanded background check might have kept his sister's estranged husband from purchasing a gun. She was murdered in 2012.

“Had there been a background check, chances are my sister Zina would still be here with us. Now I’m helping to care for my two nieces who lost their mother and will have to grow up without her,” said Daniel, who is a gun owner. He added that most of his friends also possess firearms and often hunt.

Joyce Malcolm of George Mason University School of Law opposed the expansion, saying that accused abusers might have their guns taken without a chance to defend themselves in court:

“From the evidence that I’ve seen, half of the accused persons, after the hearing, are found not to be guilty. So they need an opportunity to be heard,” said Malcolm, who added that she opposes a temporary restraining order unless there is an immediate hearing for the accused perpetrator before a ruling is issued.

Lord knows it would be a terrible thing if accused abusers had to be without a gun while waiting for a hearing -- how would they ever hope to protect themselves from their big scary beating victims without them?

We fully support Klobuchar's bill, and we also fully expect it to sink without a trace after Congress gets back from vacation. But hey, at least it's on the record so some future historian can see that not everyone in the country was in favor of sinking the continent under a pile of firearms.