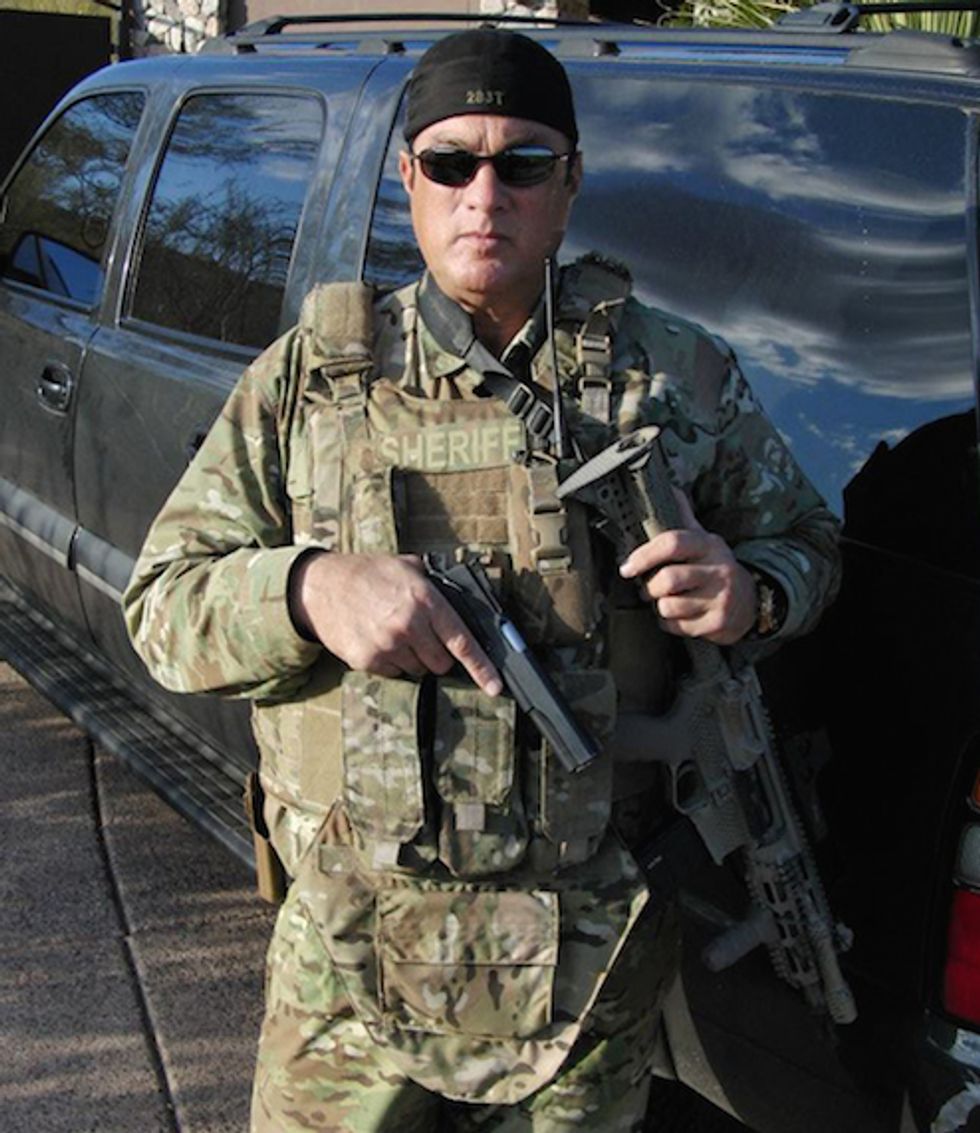 We know that bloated completely faded star Steven Seagal thinks of himself as a real-life action figure/spy, what with his training a vigilante posse and such. But did you know he's also a leading authority on Russia?! In Steven Seagal's mind he totally is and he loves him some Vladimir Putin, probably because they are both just so darn manly. And is that thing where Putin just strolls in and takes Crimea cool? Totally cool, says geopolitical expert Steven Seagal.

According to The Moscow Times, Mr Seagal, who is currently shooting a new film in Romania, said President Vladimir Putin's "desire to protect the Russian-speaking people of Crimea, his assets, and the Russian Black Sea military base in Sevastopol … is very reasonable."

Dude, there's folks that speak English in Germany sometimes and we have a base there, but we're not going to fucking annex Berlin, you idiot.