Stop Calling The Police Because Black People Annoy You! 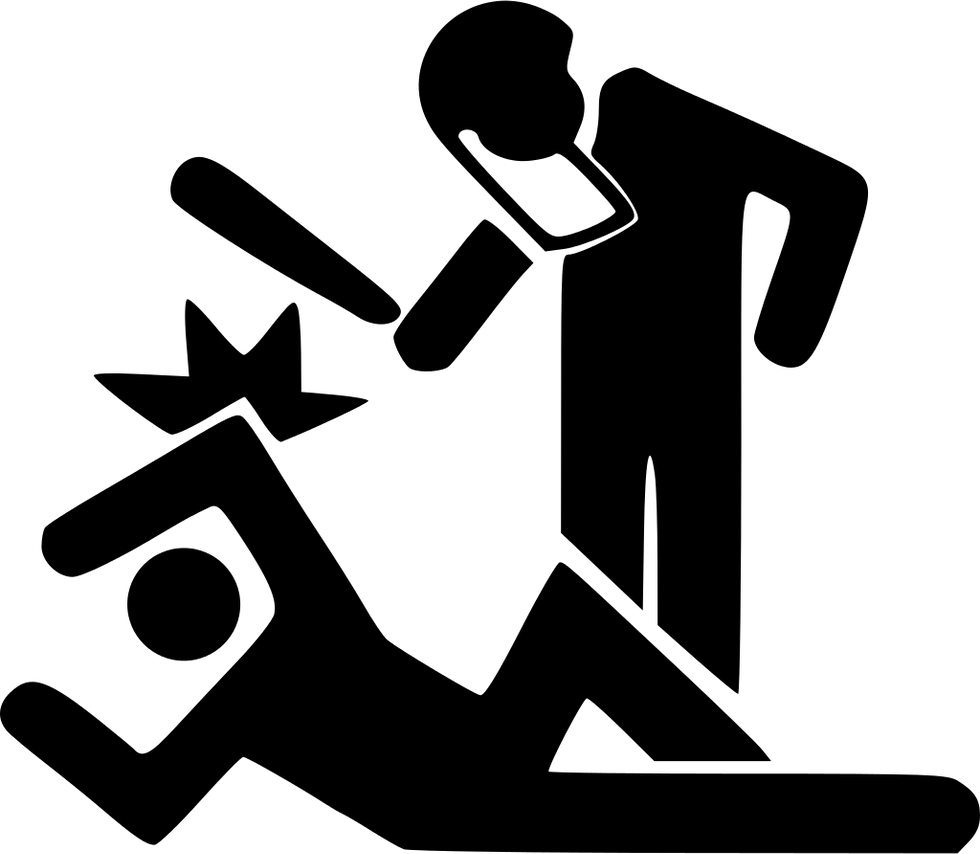 Hold onto your MAGA hats, ladies and gentlemen, we are about to take a ride on the Racism Express! Remember when Donald Trump said he was going to ‘make America great again’? (You should, unless you have as world-class a memory as Trump does; he says it A LOT.) Well, if by “great” he means "white folks calling the police on black women for doing regular shit," then America is greatly great! Again! Just like always!

Dear black people, please stop playing golf as slow as the people in front of you. Also, stop asking for plastic utensils because you don’t trust the Waffle House to clean your silverware properly. These things are crimes if YOU do them. They will call the po-po faster than George Wallace could say “segregation now, segregation tomorrow, segregation forever!”

On Sunday, Chikesia Clemons and Canita Adams decided to do some normal shit like "go to the Waffle House and eat some food." Here comes the possible crime: Clemons asked for plastic utensils, and decided that paying $.50 for them when she had not paid for them the night before was unusual. Words were exchanged. The group left. Second possible crime: She went back inside and asked for the number to the district manager. She waited for the number. What she got was SLAMMED ON THE FLOOR BY THE POLICE, DRAGGED, HER TOP PULLED DOWN, AND HER BREASTS EXPOSED! Then arrested for Disorderly Conduct. We have video where you can clearly see her trying to cover her body. Shameful shit, Waffle House. And Saraland PD, you're not looking too rosy either.

Today, the police defended her arrest and accused her of basically being drunk and disorderly; we are not aware that charge -- if true; it certainly wasn't apparent in the video -- warrants SLAMMING HER ON THE GROUND, PULLING HER TOP DOWN, AND THREATENING TO BREAK HER ARM?!? How many drunk and disorderly white women have had their breasts exposed and been slammed and dragged by the Saraland Police Department for saying things people did not like? If this is how you operate, then maybe you don’t need jobs. We have no reports of actual violence from Clemons, and there is no sound on the videos shown by police.

That’s normal in America. It’s so normal that not only young working class, blue collar, regular Janes like Clemons have to worry about having the cops all up in their grill for dubious reasons. Apparently, women who are upper middle class, middle aged, golf aficionados with memberships at the Grandview Golf Club need to watch their backs just in case Jim Crow is flying around.

On Saturday, a former York County, Pennsylvania, commissioner, Steve Chronister, called the police on five black women he deemed to be playing too slowly, because when black women annoy white men, the proper course of action is apparently to simply call the police and let them harass black people for you.

The women, Sandra Thompson, 50; Myneca Ojo, 56; Sandra Harrison, 59; Carolyn Dow, 56; and Karen Crosby, 58, say they were not playing too slow, they were keeping pace with the group ahead of them. Yet and still, Steve Chronister sidled up to them and reportedly said to Crosby and Ojo, "I'm one of the owners and you need to keep up the pace of play." (He is NOT one of the owners. Or their owners, either. He is not very important at all.)

Sandra Thompson is the president of the York County NAACP and a member of the group called “Sisters of the Fairway,” so we expect she knows her shit when it comes to racial discrimination. She and her group related that after several confrontations with Steve Chronister, they decided to leave. And they were confronted AGAIN, by Steve Chronister and his son JJ, who actually is an owner. They were given five minutes to pack up and leave and then were met by police. Yes. They called the police on paying members because a white dude was annoyed with how slowly he said they played. The police arrested nobody. There was no crime in playing golf more slowly than an old cracker would like.

This one is the one where they try to act like humans.

Yesterday at Grandview Golf Club, several of our members had an experience that does not reflect our organization’s values or our commitment to delivering a welcoming environment for everyone. We are disappointed that this situation occurred and regret that our members were made to feel uncomfortable in any way. We have reached out to the members who shared their concerns to meet in-person, to fully understand what happened so that we can ensure it never happens again. Our team is very sorry for any interaction that may have made any member feel uncomfortable. Please know that we are taking this issue very seriously and expect our own organization to meet the highest standards for service that allows for everyone to feel comfortable and welcome.

And this is the one where they get super defensive and blame the victims while completely backtracking on the first statement.

Grandview currently has 2400 members. In the past players who have not followed the rules, specifically pace of play, have voluntarily left at our request as our scorecard states. In this instance, the members refused to leave so we called police to ensure an amicable result. The members did skip holes and took an extended break after the 9th hole. We spoke with them once about pace of play and then spoke with them a second time. During the second conversation we asked members to leave as per our policy noted on the scorecard, voices escalated, and police were called to ensure an amicable resolution.

I have never seen so much bullshit in one quote that was not from Trumpville. JJ Chronister would have a surefire opportunity to attain a post in Trump's cabinet. He should apply. There are literally tons of jobs for him there.

We don’t know whether the women will meet up with JJ Chronister after this ridiculous handling of a situation that should not have happened, but we do know that he and his father are jerks.

So, next time you get into a discussion about how money will fix racism, try to remember that whether it’s a Waffle House or an elite golf club, people will call the police on black folks just because they got annoyed. And although everybody lived through these incidents, please know that calling the police on black people for shits and giggles can get them killed. Knock that shit off.

Wonkette is independent, ad-free and SOLELY funded by YOU. Please be so kind as to fund us!