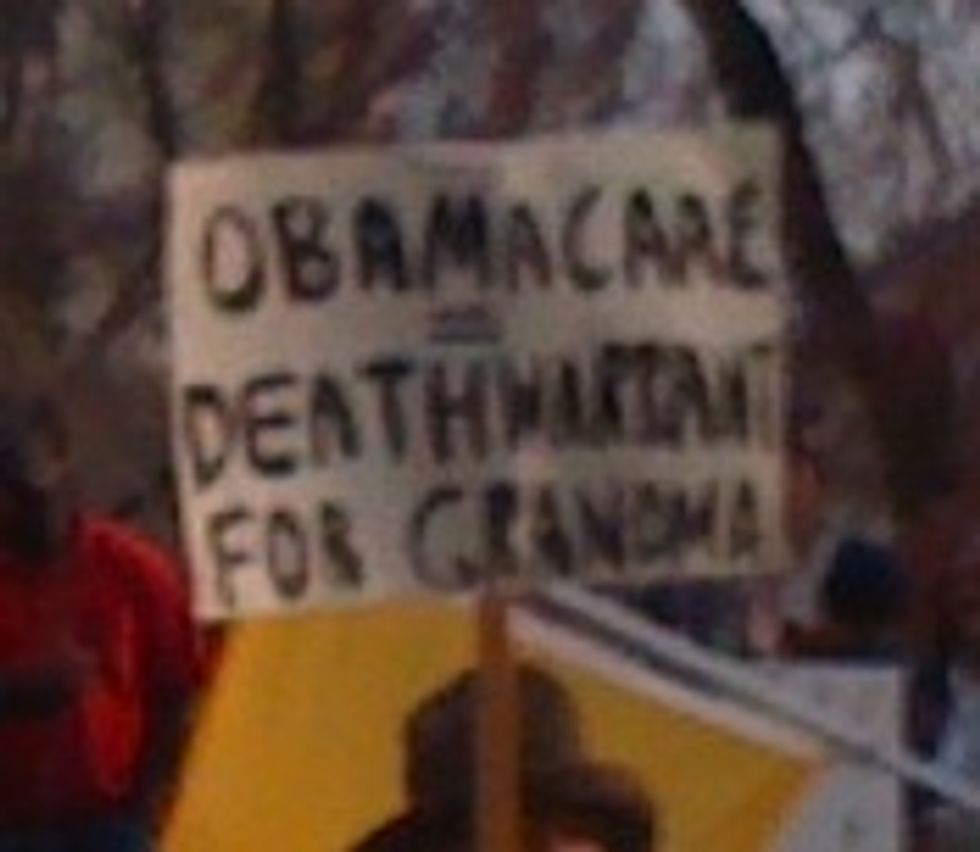 Your Wonkette tookthis Kaiser Family Foundation online quiz about the Affordable Care Act, a.k.a. AbortionCare, and hot dog, we scored a 10 out of 10. The money's sure to trickle in now. And yet the overall results seem to show -- get this -- that there's some confusion out there about what the law actually does. This is probably because more than two years after the law passed, and three years after versions of it were coming out of committee, most mainstream media outlets have never bothered to explain the law at all. Usually the routine goes like, say, "Welcome to CNN, I am your host, the Wolf. Today we're going to talk about health care reform. Which political party wins? We will have a Republican political consultant and a Democratic political consultant talk past each other at the top of the hour." At the top of the hour, no actual information is passed on to the viewer. Let's look at an example of what people don't know about the law, and then perhaps the teevee can pass these bits of information to the American public. Ha ha. Still.

Usually you'll see a Democratic political consultant mention that the party needs to "amplify" the part about ending insurer discrimination based on pre-existing conditions. And it doesn't hurt to mention that over and over. Yet the poll shows that 67% of the American public understands this. It's rare for a majority of Americans to understand any fact, so perhaps this message is fairly well known now. Similar percentages of people also know about the individual mandate, the subsidies for individuals to purchase coverage, and the Medicaid expansion.

What only 25% of the people answered correctly is, "Will the health reform law require all businesses, even the smallest ones, to provide health insurance for their employees?" The answer is no, it won't. Only businesses with 50+ employees will face that requirement, and 96% of small businesses have fewer than 50 employees. Those businesses will be offered tax credits to extend coverage to their employees.