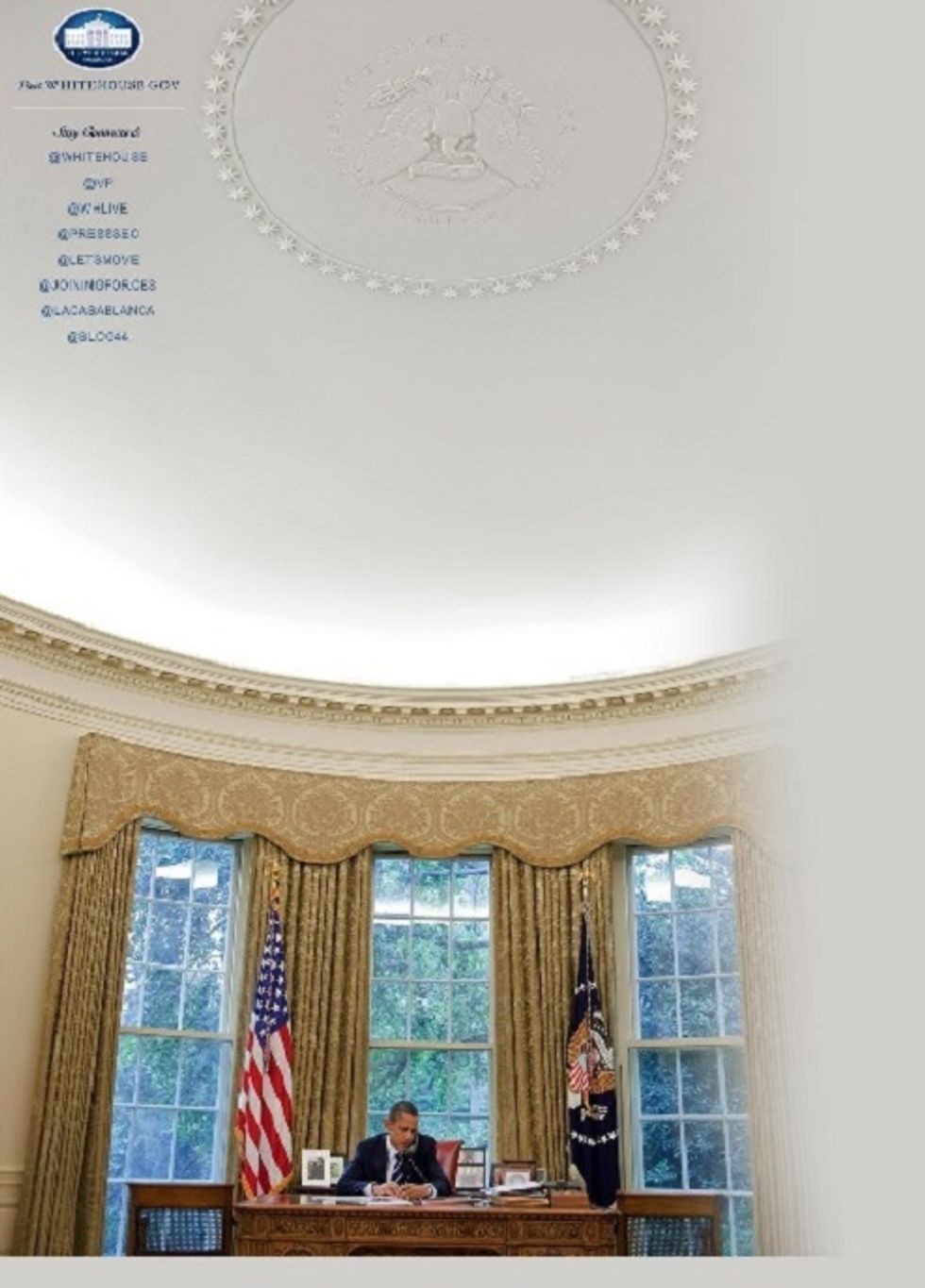 Stupidest Man on the Internet Jim Hoft has a guest blogger, Mara Zebest, who is VERY VERY WORRIED about the disturbing anti-American message sent by the official White House Twitter Feed of Occupied Amercia, which she has decided depicts a "fallen Eagle." Zebest, a self-proclaimed "Adobe Photoshop expert" who wrote Joe Arapaio's "analysis" of Barack Obama's birth certificate (forged, you know. She's an expert!), is JUST ASKING:

Note the fallen Eagle (it is upside down). Is this proof of the administration’s contempt for this nation? They’ll likely claim “There’s No There There”* but was this really an accident?

Islam often makes use of symbolism to flaunt the destruction of non-believers.

Now, Obama does too.

Just what sort of monster would depict the American Bald Eagle upside down, suffering like a waterboarding victim, a turkey in a Sarah Palin Thanksgiving message, or maybe one of those idiots who bought "gravity boots" in the 1980s? Find out after the jump!

Actually, the monster responsible for this horrific vision of what Barack Obama has planned for America is architect Eric Gugler, who designed the Oval Office for FDR in 1934, incorporating the Presidential Seal into the ceiling. That "fallen eagle" has been "upside down" for anyone facing the President's desk since then. Of course, Obama is so arrogant that he arranged to move into an Oval Office where, since it was originally installed in 1934, the Presidential Seal would only face HIM, not the American People!

Maybe the image will seem just a little less ominous if we view it from, shall we say, a somewhat less narrow perspective?

* Zebest also proclaimed Obama's allusion to Gertrude Stein's famous quote about Oakland, "There's no there there," to be an utterly inexplicable "WTF moment" that left the entire "nation collectively scratching their heads." You know, except for the commies who read books. Then again, Gertrude Stein was a notorious lesbian.