Stupidest Men On The Internet: Obama Bringing Africans, Ebola, And Polygamy To America! 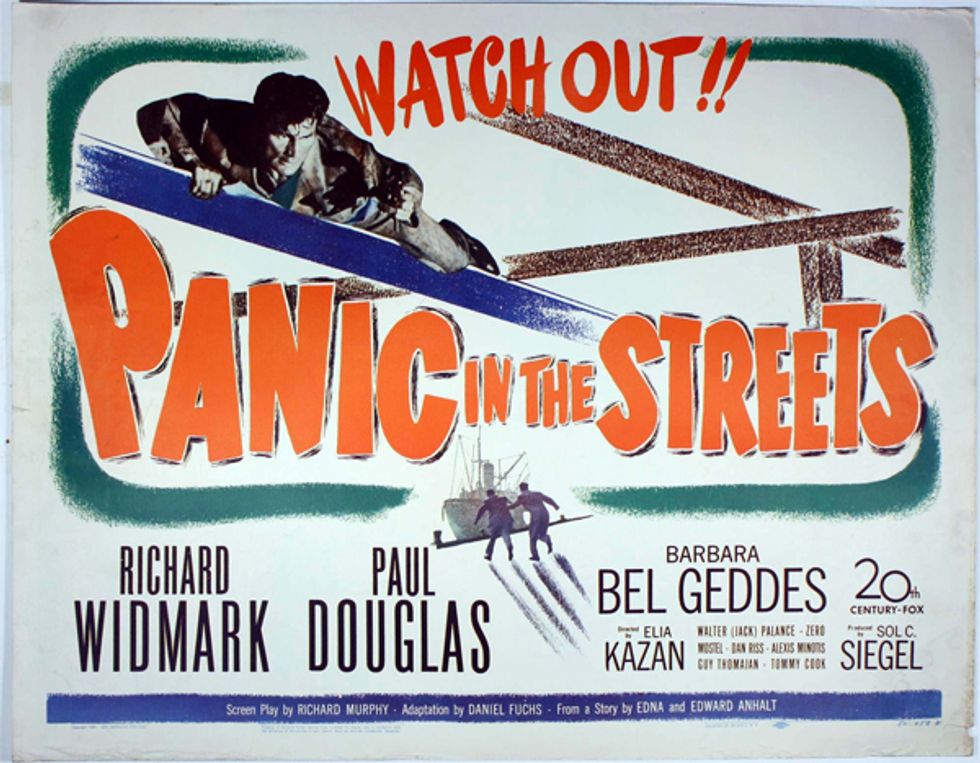 Jim Hoft, the Stupidest Man on the Internet, and Kristinn Taylor, the Stupidest Guest Blogger on the internet, have been having a nice pretend meltdown the last couple of days about how Barack Obama is recklessly trying to kill America with the Ebola virus by inviting a whole bunch of Africans -- from Africa, the continent that has Ebola -- to Our Nation's Capital for asummit of African leaders next week and a meeting of influential young Africans this week. Not that they're sensationalizing or anything; they just have articles with judicious, careful headlines that urge a note of caution:

Ebola Coming to D.C.? “Every Precaution” Being Taken by Obama Admin as African Summits Start

Each of those Kristinn Taylor stories is accompanied by photos of African health workers in full HAZMAT suits, since that is, of course, how everyone in DC will have to dress during the summits -- and forever afterwards!!! Also, just in case scary jungle disease vectors don't scare their readers enough, Jim Hoft follows up today with a post about the inevitable cultural contagion being incubated by That Man in OUR White House, warning that Obama is perfectly comfortable with polygamy as practiced by his father and grandfather.

Not that Taylor and Hoft are out to gin up a panic about Dirty Foreigners -- sorry, Dirty AFRICAN EBOLA Foreigners -- on the right or anything. They're justifiably concerned about the health of ordinary Americans who are not African:

Say, you know who else is African?

In the first story, published Sunday, Taylor makes sure his readers know just how dangerous the Ebola virus is, noting that some people who've transmitted it didn't even look sick, and that even American aid workers in Africa have gotten the virus, which, did he mention, is out of control? He solemnly closes that article by listing streets that will be closed and very subtly suggesting that Barack Obama wants us all to die -- see if you can catch it (no, don't catch it! It will KILL YOU!):

One can imagine what is going through the minds of officials at the CDC, Secret Service and Homeland Security. While the odds are low, with the Africa based virus now being transported by international plane travel the summit has the potential to become a real life Outbreak movie or 24 episode.

Quick! Waterboard someone! Find out who the carriers are and deport them! The commenters, of course, picked up on the subtle hint:

Let the Liberal Politicians get a dose, literally, of what they deserve. Bring in the Africans; with luck, they will infect Obama and his Cabinet. If we're lucky, 60-90% of infected Administration members will follow the pattern demonstrated in Africa.

The second piece, from Monday, is more of the same, quoting -- with skepticism -- the State Department's Jen Psaki saying that "we're taking every precaution" to make sure nobody attending the summit is an Ebola-wracked plague dog, but also solemnly reminding readers

The death of Liberian government official Patrick Sawyer from the Ebola virus after he flew to Nigeria from Liberia via Togo has alarmed the international community as it showed that plane passengers could spread the virus around the world unnoticed until it is too late.

Sawyer was on his way to an international conference when he fell ill and died.

Taylor adds that Psaki didn't specify what the government is really doing to protect U.S. Americans from all these potentially diseased Africans, and notes that there's nothing to worry about, unless there's A LOT to worry about:

The chance of the Ebola virus showing up at the summit is low, but should it infect people in Washington, D.C. it would cause global concerns.

In a similar vein, he cites an NBC story about the Centers for Disease Control saying they aren't particularly worried that Ebola will hit North America, and immediately follows it with this, in boldface:

The current Ebola outbreak is reported to be a record setter having infected over 1200 and killing nearly 700 people.

Not that this kind of paranoia is anything new, said Yr Dok Zoom, descendent of lice-infested typhoid-carrying drunkards from Ireland.

Overlord of Stupidity Jim Hoft continues the theme today, advising us that Barack Obama "defended his family’s polygamist past" in a speech to the young African leaders, and citing, of course, world authority Rush Limbaugh. After some niggling (HA-HA!!) about the phrasing of an audience member's question about gender inequalities in developing countries, Limbaugh reports Obama's answer (bold apparently added by Hoft):

OBAMA: This is where sometimes traditions can get in the way. As many of you know my father was from Kenya. We see this in other parts of the world. Some of the old ways of gender relations might have made sense in a particular setting, all right? So in Kenya, for example, in the Luo tribe, polygamy existed. It was based on the idea that women had their own compounds, they had their own land, and so they were empowered in that area to be self-sufficient. And then urbanization happened, suddenly the men may be traveling to the city, and suddenly there is another family in the city and the women who are left back in the villages may not be empowered.

RUSH: No wonder this guy hates the suburbs. No wonder, but that’s a side issue. Did you hear what you just heard? You want me to translate this for you? ‘Cause I am perhaps the only one who can. All right. Listen to it again. Here’s the answer. Forget the question. It’s about gender inequalities and what would the US do to help Africa get rid of ‘em, and Obama basically said, “Now, wait a minute. There are certain times, like when my dad was alive, that polygamy, gender inequality, hey, it was cool.”

Or maybe, if you aren't trying to be a dickhead about it and suggest that Obama is a big supporter of polygamy, Obama was actually saying the opposite -- that the social and economic norms of pre-industrial days may have worked OK in those contexts, but that they hold women back from economic and political power now, which also has implications for democracy and equality. You know, the social science argument, hardly novel, that as women have more autonomy and personal freedom, overpopulation declines and overall prosperity increases. But the main thing you need to know is that Obama is from a LONG LINE of polygamists, and he thinks it's pretty goddamn cool:

On the other hand, what are we going to do about all these diseased Africans running wild in the streets of Washington DC and mating with everything that moves? Seems like all those people can think about is sex.