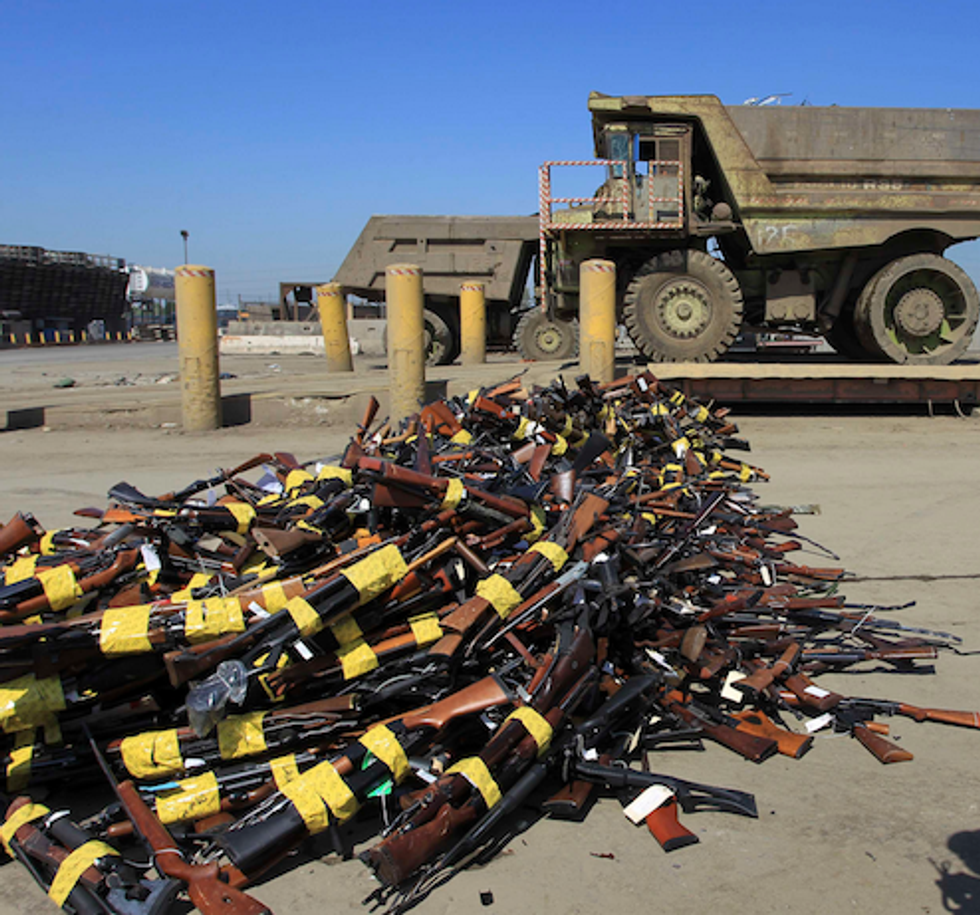 Today's New York Times dives right in to making sure that conservatives hate it, and not just because it isn't just wall-to-wall birf certificate yelling and hilarious cartoons about lynching the president and reviews of new Ted Nugent albums. The Times is glorifying the apostate gun writers, who are one step away from gun grabbers.

The byline of Dick Metcalf, one of the country’s pre-eminent gun journalists, has gone missing. It has been removed from Guns & Ammo magazine, where his widely-read column once ran on the back page. He no longer stars on a popular television show about firearms. Gun companies have stopped flying him around the world and sending him the latest weapons to review.

In late October, Mr. Metcalf wrote a column that the magazine titled “Let’s Talk Limits,” which debated gun laws. “The fact is,” wrote Mr. Metcalf, who has taught history at Cornell and Yale, “all constitutional rights are regulated, always have been, and need to be.”

INPEACH DICK METCALF. Everyone knows that the first rule of Gun Club is to never talk bad about guns and to never suggest that there would be any possible reason whatsoever to regulate them in any fashion.

“We are locked in a struggle with powerful forces in this country who will do anything to destroy the Second Amendment,” said Richard Venola, a former editor of Guns & Ammo. “The time for ceding some rational points is gone.”