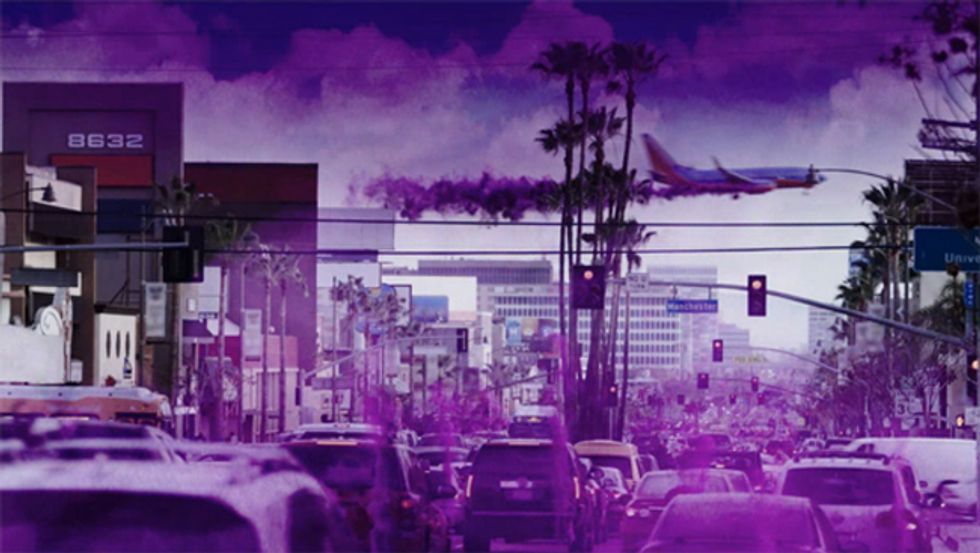 Some kids have a reading list or a paper route or maybe an aggressive agenda of sleeping late and playing Assassin's Creed Black Flag all freaking day, but Barack Obama's summer project is just plain old saving the world. The Wall Street Journal, which still does actual reporting now and then, reports that Obama plans to devote a lot of energy this summer to "an ambitious climate agenda that the president sees as key to his legacy."

Not that this is a huge surprise; Obama has been making the seriousness of climate change a central part of his speeches for months, trolling Jeb Bush on Earth Day, meeting with public health experts to discuss why global warming sucks to your ass-mar, and dedicating his commencement address to the Coast Guard Academy to the security implications of changing climate.

It hasn't just been talk, either -- Obama has already reached an agreement with China for both countries to scale back carbon emissions, and WSJ says that this summer is when the EPA will soon be rolling out several regulatory proposals for actually achieving those reductions:

The Environmental Protection Agency is expected to announce as soon as Wednesday plans to regulate carbon emissions from airlines, and soon after that, draft rules to cut carbon emissions from big trucks, according to people familiar with the proposals. In the coming weeks, the EPA is also expected to unveil rules aimed at reducing emissions of methane—a potent greenhouse gas—from oil and natural-gas operations.

And in August, the agency will complete a suite of three regulations lowering carbon from the nation’s power plants—the centerpiece of President Barack Obama’s climate-change agenda.

Not surprisingly, all this climate-saving is not at popular with Republicans, who are making the usual noises about "executive overreach," with Constitutional Scholar Mitch McConnell going so far as to write to governors telling them to just ignore EPA regulations.

As The Guardian reported Tuesday, there's a huge network of rightwing donors that's been raising absurd amounts of money to spread disinformation about climate science -- and judging from the comments section of any article about climate, it's been pretty effective at communicating the message that the science is fake, a claim that keeps getting Republicans elected.

Happily, as WSJ notes, the EPA doesn't just have science on its side; it also has a 2007 Supreme Court decision that "compelled the EPA to regulate greenhouse-gas emissions if the agency found they endanger the public’s health and welfare, which the EPA did in 2009 with a scientific finding shortly after Mr. Obama became president."

So that's not executive branch overreach; that's the EPA doing its job, just like the Supremes told them to 2 years before Obama became president -- though of course he may have influenced that decision by time-traveling, as he so often does.

The WSJ analysis notes two main reasons behind the timing of this push: Obama would like to have concrete proposals ready before December's UN climate change summit, and also too, rolling out the proposals now insures that states will have a year to submit plans for compliance (and yes, to sue):

The administration wants to make sure that its officials can oversee as much of these two developments as possible instead of relying on the next president, especially if it is one of the GOP White House candidates who have expressed opposition to the EPA’s climate agenda altogether.

These must be pretty good proposals, at least given the amount of resistance they're meeting from The Usual Suspects: Americans For Prosperity is whining that reducing carbon emissions to a livable level will ruin the economy. Not so, says EPA Administrator Gina McCarthy, who recently spoke to energy executives at a conference held in Houston, "Strategies to reduce carbon can double as investments that return value for your operations as they evolve over time" -- if we're shifting to cleaner energy, then go ahead and invest in it. You'll still be disgustingly rich.

Plus, for the sake of long-term corporate planning, wouldn't it be better in a couple hundred years to still have a biosphere that supports big mammals that like to buy things? Hahaha, we really are such hippies, thinking that oil company executives would give two shits about the business climate beyond the next quarterly report.