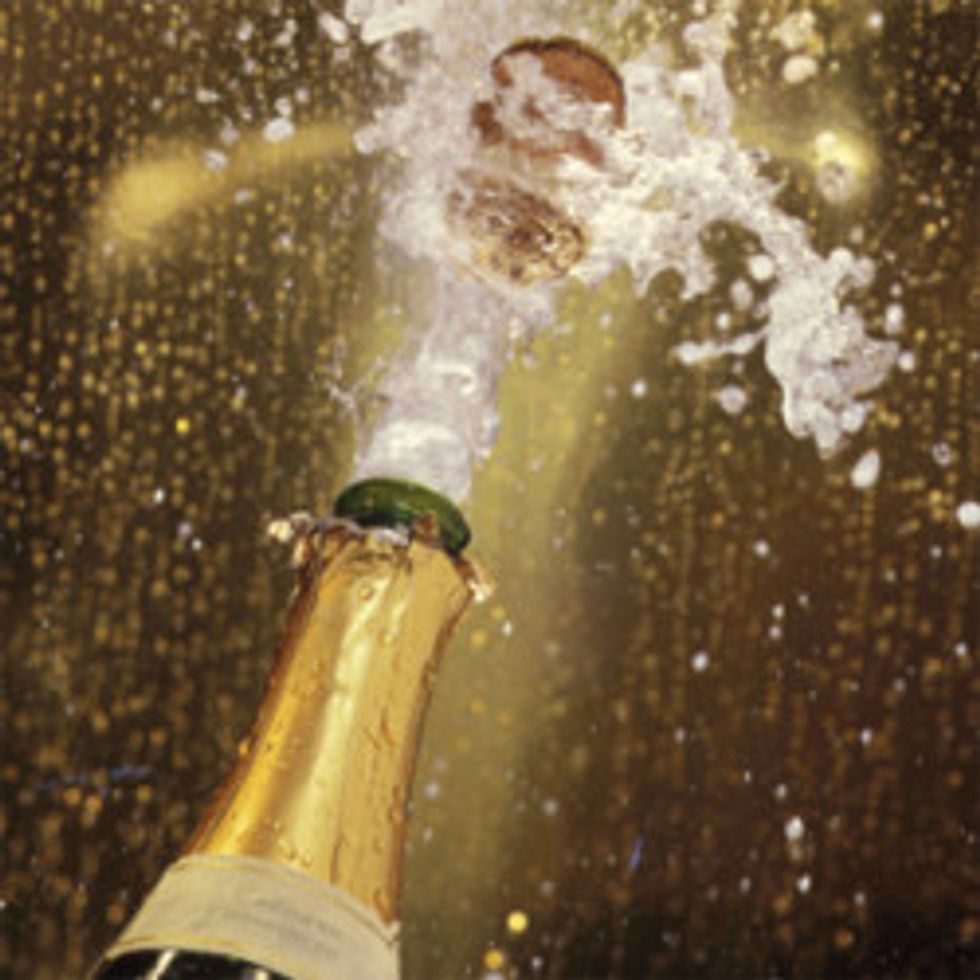 YOU GUYS WE ARE ALL GOING GAY RIGHT NOW! Seriously, we've been throwing words at a post for about 30 minutes now but most of them just look like EEEEEEEEE! and YAY! and that is not the high-quality content you expect from yr Wonkette. Let's get down to what you already know because you are a sentient being in America: DOMA has been struck down and now the filthy gays like this particular portion of yr Wonkette can start rolling around in all the delicious federal benefits that straight people are already covered in.

The lineup is pretty much what you would have guessed, in that attention whore Justice Kennedy joined with the 4 liebrul judges to say that it was sorta kinda weird that gay marriages were somehow less valid than other marriages because what the fuck:

In a 5-4 ruling written by Justice Anthony Kennedy, and joined by the liberal-leaning justices, the Court struck down the law that prohibits same-sex couples from receiving federal tax, retirement and immigration benefits. The decision means married couples will be treated equally by the federal government regardless of their sexual orientation.
“DOMA is unconstitutional as a deprivation of the equal liberty of persons that is protected by the Fifth Amendment," Kennedy wrote for the Court. “DOMA's principal effect is to identify a subset of state-sanctioned marriages and make them unequal."
Kennedy's majority opinion struck down DOMA in part on equal protection and due process grounds and in part because marriage is a state issue, determining that Congress lacks a constitutional basis not to recognize definitions set by states. The four liberal-leaning justices joined his opinion.

There are many many money quotes in Justice Kennedy's decision and as you read them, you should imagine each word as a rage-tear rolling down Bryan Fischer's face:

The federal statute is invalid, for no legitimate purpose overcomes the purpose and effect to disparage and injure those whom the State, by its marriage laws, sought to protect in personhood and dignity. By seeking to displace this protection and treating those persons as living in marriages less respected than others... This status is a far-reaching legal acknowledgment of the intimate relationship between two people, a relationship deemed by the State worthy of dignity in the community equal with all other marriages. It reflects both the community's considered perspective on the historical roots of the institution of marriage and its evolving understanding of the meaning of equality.

Isn't that lovely! But you should really read the whole thing. No, really, read it. This is an historic Nice Time moment and you should be a part of it. Yes, it is long. Yes, it is boring. So what. Think of it as a refreshing tonic after the shit sandwich we were forced to eat yesterday regarding voting rights.

Wonkish aside about all this: we cannot actually go full on no-pants ALLCAPS party about today's decisions, because the shadow of yesterday's voting rights decision both casts a pall over future legislative initiatives that might give us even more gay marriages and because it takes away one of the remaining pillars of the Great Society. (See how fancy we can write! Just like a real blog!) We're also busy dealing with our simmering about-to-boil-over anger at Scalia (WE ARE ALWAYS ANGRY ABOUT SCALIA PRETTY MUCH) because yesterday Scalia believed that Congress did not know best when it enacted the VRA, but today he is all like "ohey Congress, fixed up, looking sharp, passing laws like DOMA and we always defer to you on laws you guys." Let Wonkette be the first, but never the last, to say fuck you, Justice Scalia. Fuck. You. Running.

BACK TO NICE TIME! The Supremes also decided the Proposition 8 case today, where a bunch of sad little angerbears from California tilted at windmills and kept demanding that California ban gay marriage even though the courts there had already said naw mang AND the state had refused to defend the ban. Today, the Supremes told those people to go fuck themselves:

In the California case, the court ruled that opponents of same-sex marriage did not have standing to appeal a a lower-court ruling that overturned California's ban. The Supreme Court's ruling appears to remove legal obstacles to same-sex couples marrying in the state, but the court did not issue a broad ruling likely to affect other states.

Californians go get gay married right now! Not gay? Get married anyway! And yes, before you tell us in the comments, we realize that both of these cases are incomplete victories but let's all just bask in what we DO have for a moment, mmmkay?

If you're looking for the inevitable Children's Treasury roundup of angry/sad/garment-rending quotes from notable Twitter idiots like Fischer and his ilk, yr Wonkette is ON IT but we are sifting through SO MUCH STUFF you guys so just sit tight and stop interrupting us. Go run around the block with a rainbow flag or call in sick to work or figure out something else to do with all this joy and schadenfreude. Isn't Nice Time the fucking best you guys?