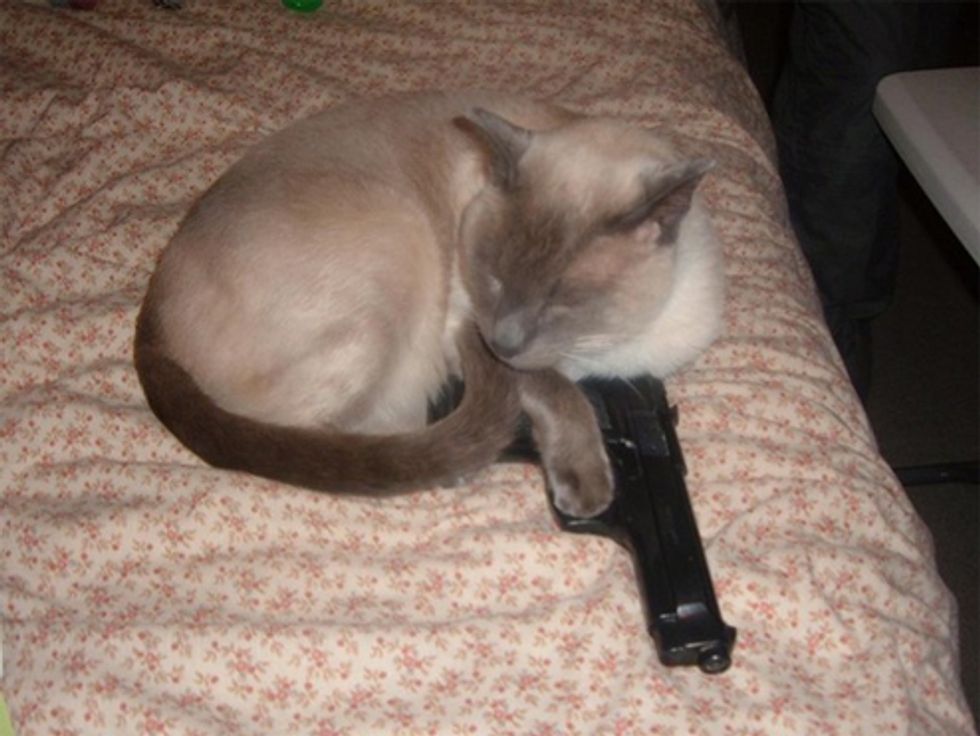 Werecently covered the opposition to President Obama's nominee for surgeon general from wingnuts and the National Rifle Association (but we repeat ourselves), because Dr. Vivek Murthy has in the past said that guns are not good for children and other living things. We thought at the time that such snits were just the routine arm-waving of the same folks who can be relied upon to scream that every government action is a portent of coming gun seizures and tyranny, from nutritional standards to statistics on skateboard imports. But then we remembered it's an election year, and that a lot of Democrats are easily terrified by the NRA. So it looks like the Murthy nomination is, if not actually dead, then probably gasping for air, since as many as 10 Democratic senators may vote against it. Oh Senate Dems, we just can't quit hating you!

The Obama administration is apparently rethinking its approach to the nomination, according to an anonymous "White House official" who told the New York Times that it may try to get more support from Democrats, seek to delay the vote until after this fall's elections, or politely offer Dr. Murthy a sword to fall upon.

The NRA has been portraying Murthy as the most radical anti-gun weirdo who ever called for the complete disarming of Americans, although Media Matters notes that you'd have to read all the way down to the 14th paragraph of the NYT story to read that Murthy's opinions about background checks and limits on assault weapons are "in step with where many Americans stand on gun control" -- and while the Times includes a whole bunch of quotes from NRA spokesmen, it leaves out the small detail that his positions (especially his belief that doctors should be free to talk with families about the risks of gun ownership) are pretty much identical to that of mainstream medical groups like the American Medical Association, the American Academy of Pediatrics, and the American College of Emergency Physicians. Or maybe doctors associations are a bunch of wild-eyed, gun-grabbing radicals, too.

The Times also notes that the surgeon general's office doesn't actually set gun policy, but the NRA has apparently learned, after last year's defeat of a fairly weak set of restrictions on gun sales, that it can get whatever it wants just by threatening to unleash its mobs of highly devoted Freedom Morons.