Surprise! No One Wants The Brock Turner Judge On Their Sexual Assault Case! 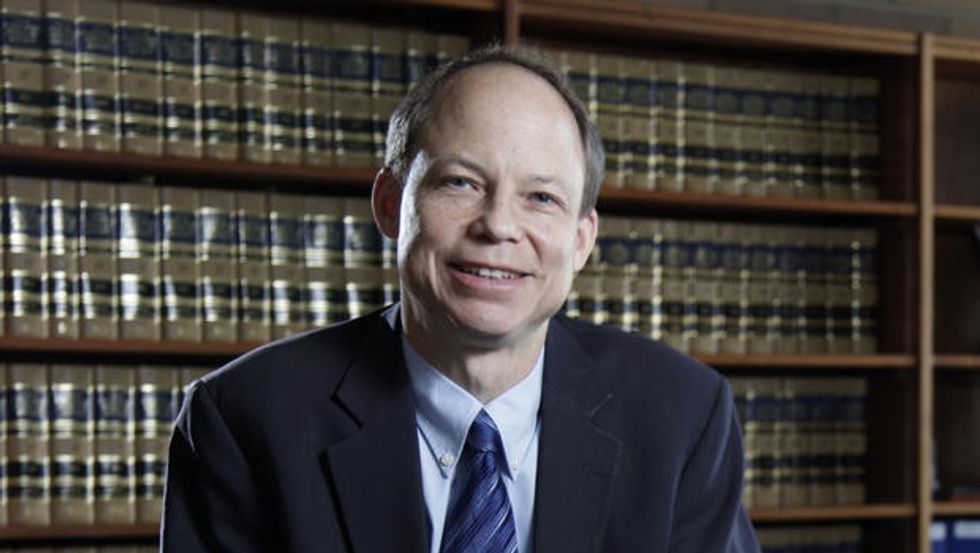 Judge Aaron Persky, the judge who let Rapey Brock Turner off with a slap on the wrist, is not a popular guy this month! Surprising! In addition to at least 80 million petitions circulating the internet demanding his recall, he has also been removed from another major sexual assault case, on the grounds that he is biased in favor of rapists. Which is fair! If I were a lawyer and I were prosecuting a rapist, I sure wouldn't want Judge Aaron Persky on the bench!

Persky was removed from the new sex assault case after on Monday he dismissed a misdemeanor stolen mail case mid-trial, prosecutors said.

"We are disappointed and puzzled at Judge Persky's unusual decision to unilaterally dismiss a case before the jury could deliberate," Santa Clara County District Attorney Jeff Rosen said in a statement.

"After this and the recent turn of events, we lack confidence that Judge Persky can fairly participate in this upcoming hearing in which a male nurse sexually assaulted an anesthetized female patient," Rosen said.

Gee! I can only imagine what Persky's sentencing for something like that would be! Probably another three months, so long as the nurse wanted to go and talk to other nurses about the dangers of being around anesthetized patients they might want to have sex with. Drugs and promiscuity strike AGAIN!

Also, too, Persky's full statement regarding his sentencing of Brock Turner was released on Tuesday, in which he explained the myriad reasons he thought that Turner shouldn't really have to pay for his crime in any real way. If you feel like vomiting and are out of ipecac, I recommend you go read the whole thing!

Personally, my favorite part of the statement is where he essentially chastises the young woman for not accepting Turner's apology just because he won't admit he did anything wrong other than being drunk and promiscuous! And the jury for not accepting his version of events!

Number seven is whether the defendant is remorseful. And that’s maybe one of the most conflicted and difficult issues in this case. Because Mr. Turner came before us today and said he was genuinely sorry for all the pain that he has caused to [Jane] and her family. And I think that is a genuine feeling of remorse.

[Jane] has stated that he hasn’t really taken responsibility for his conduct. And I think at one point she basically wrote or said that “He – he just doesn’t get it.”

And so you have Mr. Turner expressing remorse, which I think, subjectively, is genuine, and [Jane] not seeing that as a genuine expression of remorse because he never says, “I did this. I knew how drunk you were. I knew how out of it you were, and I did it anyway.” And that – I don’t think that bridge will, probably, ever be crossed.

Mr. Armstrong offered an explanation for that disconnect, which is that Mr. Turner, in his state of intoxication, sees the events in a certain way. And if he were to, just for the benefit of a lighter sentence or to pacify the Court or the public, come in at a sentencing hearing or any other time and state otherwise, which I’m sure defendants do all the time, he really would be not honest. I mean, I take him at his word that, subjectively, that’s his version of events.

The jury, obviously, found it to be not the sequence of events. Our criminal justice system relies on juries to evaluate facts – that’s why we have 12 people doing it – and to come to very difficult decisions about very specific factual incidents.

Really, it's so unfair of her to not see that he is so truly remorseful for having been drunk and promiscuous with her unconscious body! Such genuine, genuine remorse there. For all the drinking and promiscuity.

The rest of it was a whole lotta "He's a good kid and totally won't rape anyone again, so why ruin his life?" type stuff, as well as a suggestion that he was not really responsible for the crime, because he was drunk. Which makes sense, you know, because when someone drives a car while they are drunk and gets into an accident, they are considered to be less criminally responsible than a sober person who drives a car and gets into an accident. That's how that works, right? Like, if you are drunk and run someone over, you can't be held responsible because you were intoxicated at the time? Same deal with murder, I would imagine.

It's nice that Judge Aaron Persky will not be trying another sexual assault case, though if the world is at all just, his ass will be sent packing from that bench as soon as humanly possible, and he will never try another case again. And hey, given that Hillary Clinton is weighing in on how heartbreaking the victim's story is, maybe when she becomes President, she can find a way to make that happen! Those FEMA camps aren't going to fill themselves.