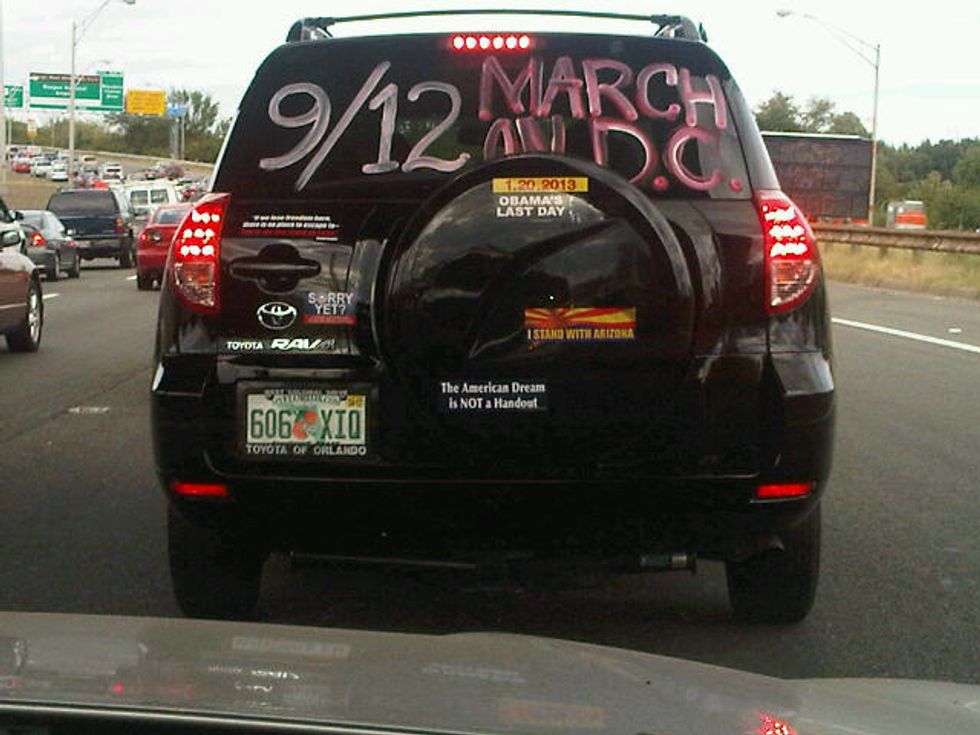 If there's anything we've learned from this koran-burning non-story, it's that people from Florida are idiots. (Haha, we already knew that.) Well get ready, Washingtonians, because, according to the back of this Toyota RAV4 spotted on I-395, Floridians are in town for a big 9/12 rally on the Mall!

Except wasn't that a couple weeks ago? No matter. Their scooters will still "march" on Washington this weekend to DEMAND that Obama blow up the orange pickers who are holding their state's economy together. Even though that Glenn Beck rally a couple weeks back obviously depleted everyone's Social Security money and ability to exert physical effort for the year, so no Teabaggers will show up to this. [Thanks to Wonkette operative "Justin S."]