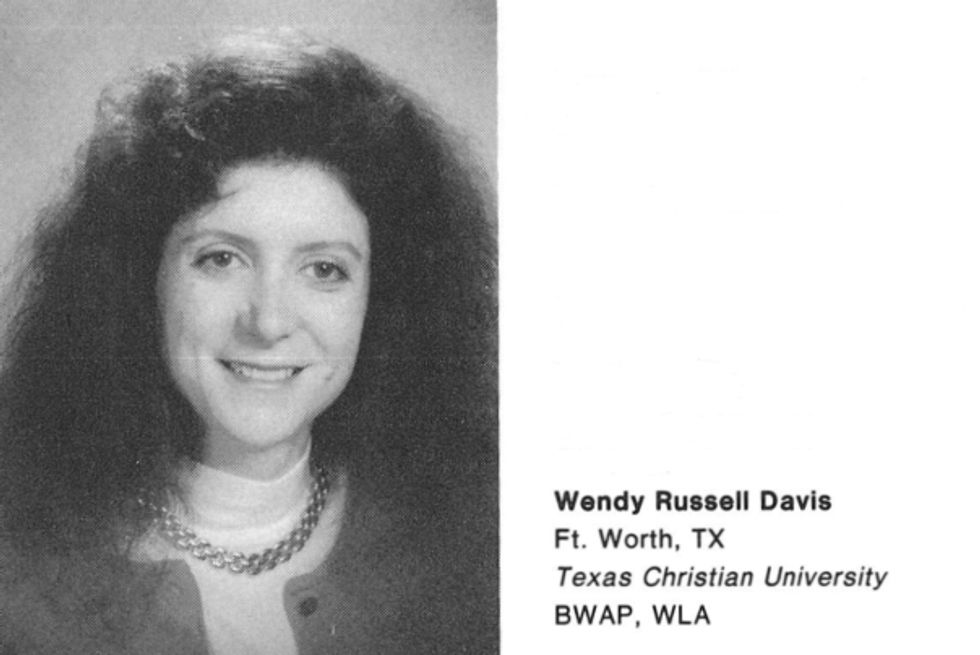 There's this guy in Texas called Dave Carney, and he is mean on the Twitter! Why do we care? Because Dave Carney is a top adviser to Texas Attorney General and probable GOP nominee for governor Greg Abbot, and was a top adviser to Rick Perry when he was running for president, and at other times. And we also care because he was mean to Wendy Davis,who is excellent! This mean Dave Carney, he said a tweet that said:

Too stupid to be governor, indeed! Now, there are a few ways we could go with this one...

We've already pointed out the "haw haw Rick Perry is for real an imbecile and literally the worst debater we've ever seen in the history of watching people talk on teevee" aspect of why this is dumb. Then there's the "Wendy Davis went from the trailer park to first in her class at TCU and graduated from Harvard Law so she is probably not dumb" aspect. But let's go deeper, and possibly harder, because Wendy Davis, rrrrawr! NOT SEXIST eh probably sexist.

Really, Dave Carney wasn't merely saying "I am Dave Carney and I say Wendy Davis is stupid!" (though he was saying that, too.) He was tweeting out a blog post linking the Colorado gun fever State Senate recall to Wendy Davis's alleged gun-grabbiness. That blog post is the real stupid -- wait, never mind, lying isn't stupid, just bad. How is this post lying? (We've linked, but you don't have to click...why give them traffic?)

Well, it says Wendy Davis is stupid because

"According to the far-left (and huge fans of Abortion Barbie) Texas Tribune, Davis is likely to add tougher gun restrictions to her campaign agenda if (when) she decides to run for Governor,"

and Texans hate gun control laws, except how 72% of them favor universal background checks, you see, political suicide, too stupid!

Now, go and read the Texas Tribune article cited in the lame, disingenuous warblog post and tell us where it says that Wendy Davis is "likely to add tougher gun restrictions to her campaign agenda." HINT and TRICK QUESTION! It does not.

Sadly, Texas Democrats did make an unforced error in responding to this kerfuffle when they said, in part: "A woman who worked her way from a trailer park to graduate from Harvard Law School with honors is anything but stupid." No, Texas Democrats! Do not mention Harvard! Texas Christian University will do nicely, thank you! TEXAS. CHRISTIAN. UNIVERSITY. What is Harvard? A youthful indiscretion, and nothing more! Now let's never speak of it again.