'Swinging Single' Dr. Henry Kissinger Reduced To Getting All His Action From TSA 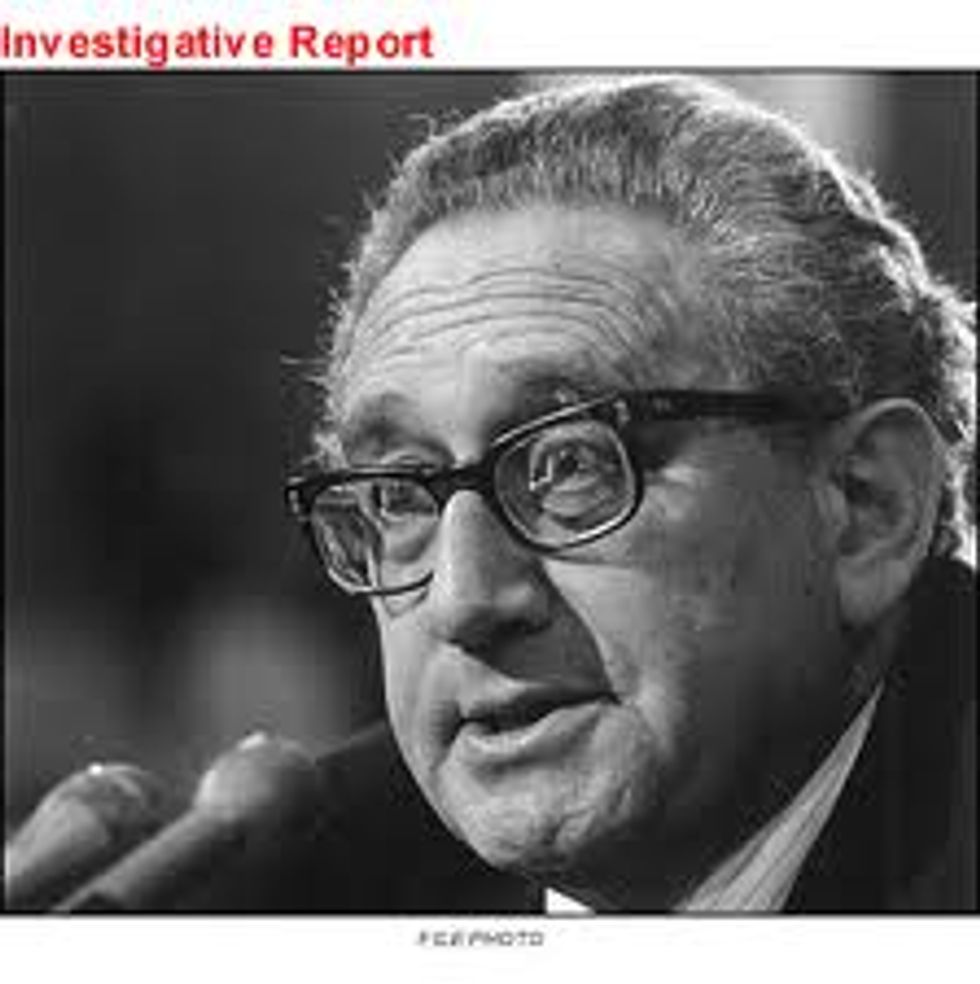 It seems the TSA has taken a break from the hard work ofmolesting babies and congressmen and little girls with degenerative spinal diseases and poor Geraldo Rivera, and has turned its attentions instead to actually dangerous old men. How dangerous? Well, dude has been known to order the deployment of a bomb here, a secret assassination there. Frankly, we can't understand why this terrorist is allowed to fly at all!

Instead of being tossed onto the No-Fly List, and into The Hague, everyone's most favoritest Nobel Peace Prize winner, Dr. Henry Kissinger, just got his cock and balls handled by a TSA agent at LaGuardia who should probably get hazard pay. What a comedown from the days when he squired about Shirley McLaine and Liv Ullman (but not Gloria Steinem, says Gloria Steinem)! Now he is just a sad old man in a wheelchair, getting humped by the government.