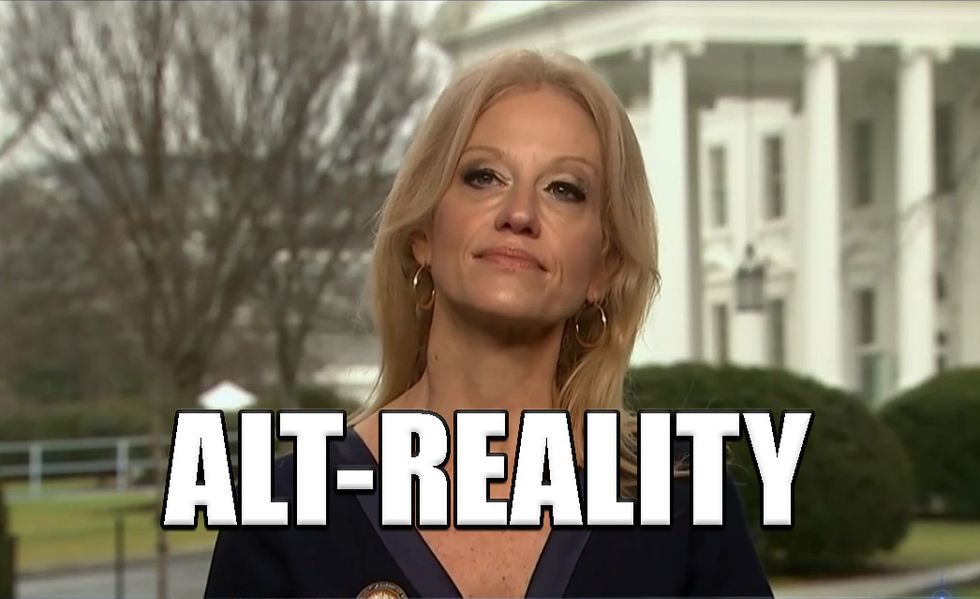 Friday, in an interview at CPAC, you expressed some "feelings" about feminism, and why you, yourself, do not call yourself a feminist:

I wouldn't call you a feminist either, so that's fine -- but it does seem to me that you are a tad confused about what feminism even is. So I thought I might be able to help!

For instance, in said interview, you said:

“It's difficult for me to call myself a feminist in the classic sense because it seems to be very anti-male and it certainly is very pro-abortion, in this context. And I'm neither anti-male or pro-abortion.”

As far as the pro-abortion thing goes? Yes, feminists are pro-choice. Maybe not always for themselves -- that's a personal decision -- but we don't tell other women what to do with their bodies. We also understand that abortions happen whether they are legal or not. If abortion is illegal, rich women can travel somewhere it's legal and have it done safely, and poor women will turn to less safe and legal measures. Personally, I don't believe you can be a feminist if you support something in effect being legal for rich women and illegal for poor women. If you really, sincerely want to reduce the incidence of abortion, try advocating for things that actually help with that, like making sure all women have access to birth control. Isn't it better to do what actually works? I would think so!

As far as the anti-male thing goes? We get it, Kellyanne, you are a cool girl. But it's not anti-male to discuss the ways men kind of have it easier in our society. Acknowledging that makes you a person who pays attention to things, not a person who doesn't like men. Like, the other day I was talking to a shorter girl and she was like, "It must be nice being so tall, because I can't reach anything," and in response I said, "Hey, at least you can buy pants! Hemming is a lot easier than creating extra pant-leg out of thin air!" And then we got along perfectly fine after that. Acknowledging that it was easier for me to reach something or for her to buy pants didn't make us anti-each other. It didn't take anything away from either of us.

Now, clearly, things are a little bit more touchy when we're talking about gender, race or class, because if you acknowledge that some people have it harder, you also have to acknowledge that some people have it easier. And that flies in the face of the thing many people, including you, Kellyanne, hold most dear -- the idea that they did it all on their own. It's an insult to the ego. It's nicer to believe, if you're part of a privileged class, that the reason you're successful and someone else isn't is simply because you worked harder.

Which is where we come to this other thing you said:

[wonkbar]<a href="http://wonkette.com/609218/kellyanne-conway-knows-where-a-womans-place-is-and-it-is-not-the-white-house"></a>[/wonkbar]No one is only the product of their own choices, and to think so is pure folly, especially when not everyone has the luxury of making certain choices to begin with. And even you, in your wisdom, admit women have things harder. You've admitted there are difficulties to being a working mother, and you've also said powerful women are judged differently from how powerful men are. I am sure you are aware that, along the way, you had to work ten times harder than a man to be considered half as good. For all your Bowling Green Massacres, you did not get to where you are in life by being stupid and unobservant.

About your own mother, who was left with a high school education, a child to raise, and no child support or alimony, you say, "she just figured it out!" and didn't rely on the government or complain, but instead relied on her family and her faith. That sounds all well and good. Good for her!

But the fact that some people are able to make do in an unjust system doesn't mean that the system itself is just.

In his Washington Post article on your CPAC interview, Aaron Blake noted this:

There is something of an inherent conflict between feminism as it has most often come to be understood and conservatism. Conservatism generally holds that people should have equal opportunity but aren't entitled to equal outcomes (such as equal pay) — that it's a matter of hard work. And Conway seems to subscribe to that, as her quote above shows.

That would be all well and good if equal opportunity actually existed in the first place. It does not. I'm not sure why pretending it does is doing anyone any favors.

The inherent assumption through all this is that feminists want women to be able to be totally lazy, make worse choices than men, and still get the same benefits as they do. This is not a thing I have ever heard anyone argue for. What I have heard people argue for, and what I argue for, is more transparency. If I'm being paid less than a male colleague, I would like to know that, and I'd like to know why and what I can do to improve my situation. I'd like to be told what he is doing that I am not doing. I would think you would as well, Kellyanne. I am sure you can agree that if we are going to be the product of our choices, it's only fair that those choices be informed choices.

Again, I'm not asking or expecting you to be a feminist, Kellyanne, I'm simply asking you to understand what feminism is before you lay out your criticisms of it. I think that's fair, don't you?