Tea Party Has A New Squishy Liberal To Hate, You Will Never Guess Who (It Is Eric Cantor) 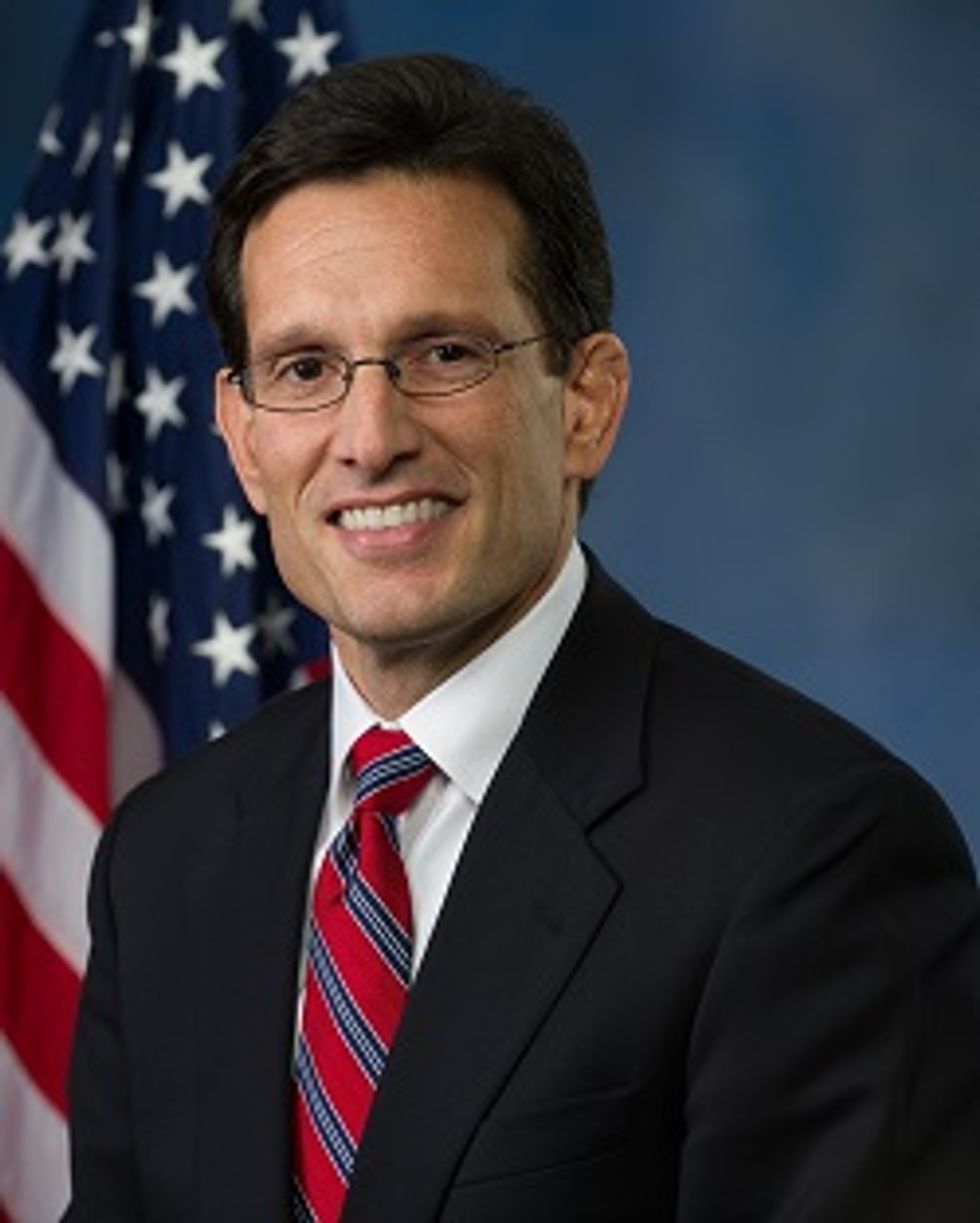 Remember Eric Cantor? Republican from Virginia, Majority Leader for his caucus in the House, perpetually looks like a guy entering his ninth day of trying to poop out a dildo that some overly enthusiastic District hooker shoved so far up his rectum that it lodged against his liver? Yeah, that guy. Cantor has been angling for the top job as Speaker of the House since the moment the current Speaker, John Boehner, took the gavel in his trembling, nicotine-stained hands back in 2011. Cantor worked hard to suck up to the psychotic shitweasels of the Tea Party and shiv Boehner in the back every chance he got, positioning himself to take over if the wingnuts were to successfully mount a coup against the Orange One after the upcoming midterm election.

Then he decided to be reasonable once or twice about passing legislation, and now has been declared RINO non grata with the Psychotic Shitweasel caucus. Let us all cry some oily crocodile tears for Eric’s broken dreams.

The story comes to us courtesy of cub reporter Matthew Boyle at Dead Breitbart’s Internet Asylum of Scabies-Maddened Fucktards. According to Boyle, Cantor has enraged House conservatives by colluding with Democrats to push through a bill passing the Medicare “doc fix” so Medicare doctors wouldn’t have to take a huge pay cut. (This is a bill Congress has been passing annually for years without much controversy, until President Socialism decided to shove Obamacare down everyone’s throats.) Cantor also sidestepped Rep. Jeb Hensarling, the chairman of the House Financial Services Committee, to negotiate directly with ranking member Rep. Maxine Waters on a bill that would prevent a huge spike in flood insurance rates for homeowners.

Negotiating with a Demoncrat to kill a policy that would be a boon for insurance companies at the expense of homeowners? Are we sure Eric Cantor is even still a member of the Republican Party?

Cantor’s other apostasies over the last year include voting for a clean debt limit increase this past February, helping to pass the Violence Against Women Act in violation of the sacred Hastert Rule, and even working with the usually reliably insane Rep. Bob Goodlatte (R-VA, of course) on a modified version of the DREAM Act called the KIDS Act, which would have allowed young undocumented immigrants to become legal residents.

So House conservatives are all wee-wee’d up, as the Dipshit of Denali might say, and are looking closely at what Cantor does later in the year when the House must decide whether to reauthorize the Import-Export Bank, a credit agency that provides some financing for U.S. companies exporting goods to international markets. Conservatives consider this corporate welfare, even though the bank focuses mainly on helping small and medium-sized businesses, which conservatives are usually slobbering all over themselves to praise as the backbone of American capitalism or something.

The Im-Ex bank has been around in some form or another since 1934 and has had its share of successes and failures, but now it is 2014 and the bank is a government entity so of course WE MUST KILL IT KILL IT WITH FIRE IT CANNOT BE ALLOWED TO LIVE. Even though it has returned a profit to the Treasury the last couple of years and seems to be an example of a government program that overall does some good for smaller American businesses.

Cantor has apparently told some members that he won’t get involved in the Im-Ex Bank reauthorization, though in the past it has been a pet issue of his. And he did just the other day express butthurt at President Obama that was out of all proportion to the president’s perceived offense. Still, once a RINO, always a RINO. And now it seems the Tea Party has caught onto his act and may not be forgiving even if it can figure out a way to push John Boehner out of the Speaker’s chair.

We know, we’re as surprised by this post as you are.

Correction: This post has been updated to reflect that Eric Cantor is the House Majority Leader, not the Majority Whip. Personally, we blame the lateness of the hour and the cocktails we had been drinking with the Editrix for the error.