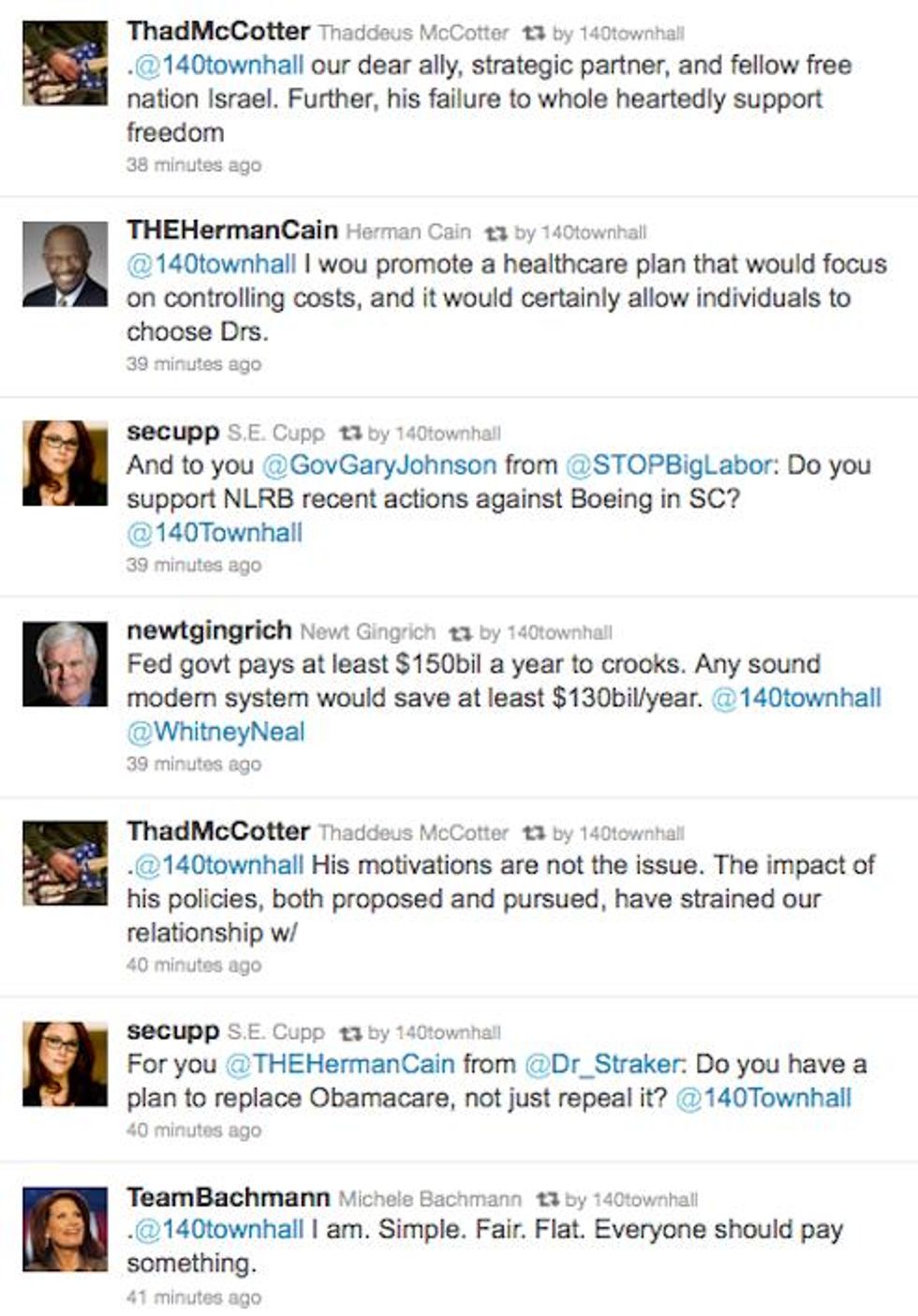 Trying to read through all the Tea Party presidential Twitter debateporn is possibly the closest thing your Wonkette has ever had to a seizure. Congratulations to anyone who managed to wade through that "Chicago 1967" blizzard of stupidity without ...what, jabbing darts into an eyeball? Taking a pee on the computer screen? Sucking the TruckNutz hanging over the tailpipe? Truly, we are bewildered.

For the uninitiated, the Tea Party group running this "Twitter debate" -- if one can anoint a Jackson Pollock-style smearing of loose stool across the Internet as a "debate" -- formatted the program by asking questions on its Twitter account and then re-tweeting the responses of the presidential candidates, which included Michele Bachmann, Newt Gingrich, Rick Santorum, Herman Cain, Gary Johnson and imaginary human Thad McCotter.

This only worked by following the group's Twitter account alone. The moderator threw out questions and retweeted every candidate's response as it came in, which if it had a sound would be that of ten thousand deaf howler monkeys screaming Ted Nugent lyrics on acid. Okay, let us find a representative sample:

See, we were not kidding about the howler monkeys. [Twitter]