Team Trump Marks 6 Months Since Election By Reminding Us Trump Won. Did You Know He Won? He Won. 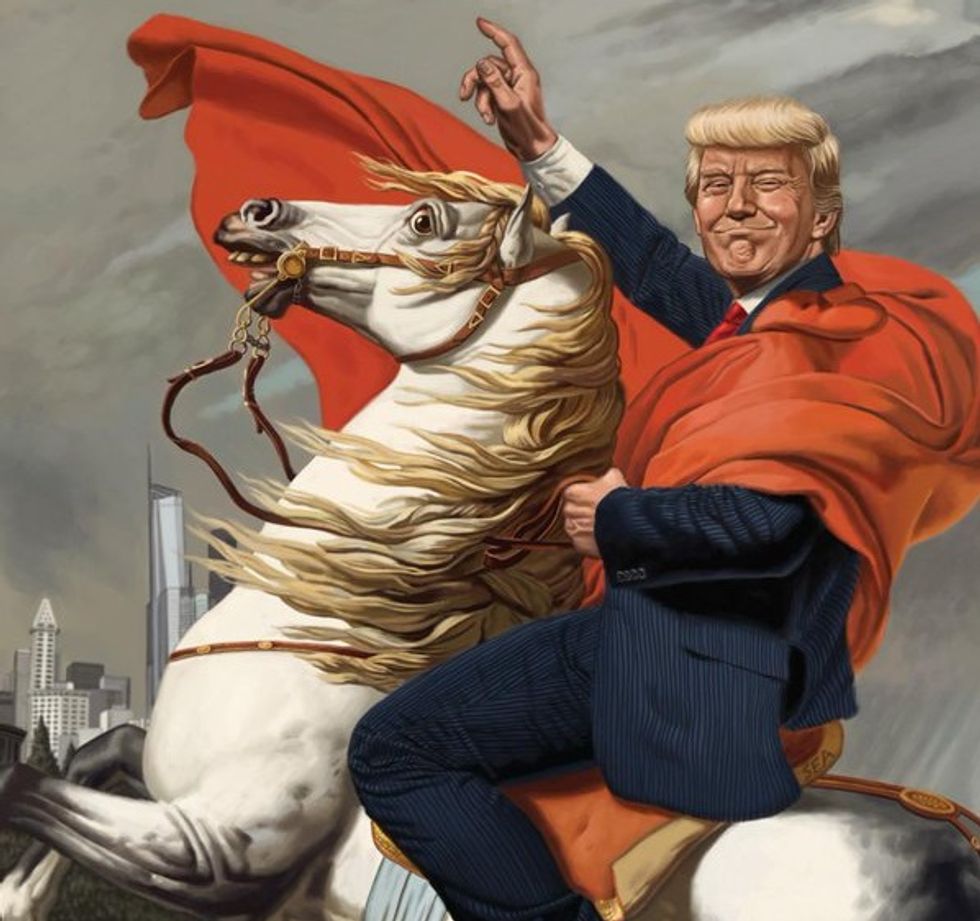 This thing's all over the net. We'll credit it if we can!

In yet another News McNugget that leaves you asking "Just what the fuck is wrong with him?" we learn Team Trump is celebrating six whole months since the November 2016 election by reminding everyone that Hillary Clinton conceded to Donald Trump, she really really did, hahahahaha! Dan Scavino, the White House's director of social media, celebrated the 6-month anniversary of So Much Winning by tweeting a screenshot of the November 9 call in which Huma Abedin called Kellyanne Conway to say Clinton would soon concede. Look at all the winningest winny winning, which wins!

Scavino promised to release video of the concession call "in the near future," to prove that Clinton TOTALLY LOST like a big LOSER, but he didn't respond to a Yahoo! News question about when that video might be revealed. Or why. Kellyanne Conway got into the act too, reminding us that while Hillary Clinton accepted the election results, maybe not everyone has, because they are such losey-losers!

Asked if she thought Americans really needed to be reminded who won the election, Conway, that bottomless well of graciousness, replied in an email to Yahoo!, “Aren’t you asking the wrong POTUS candidate/staff/movement?” You stay classy, Kellyanne! Maybe they'll even let you on TV again someday.

While it would certainly be enough to just leave it with "What the fuck is WRONG with these people?" we're nonetheless going to take a moment to note just how completely strange this is -- did Barack Obama or George W. Bush feel the need for a public celebration six months after election night? (Or in Bush's case, of Bush v. Gore Day?) Is Team Trump really so insecure that they need to tell the rest of us they really did win? Does Donald Trump think anyone might not yet have heard he won the election? We have a feeling he'll remind us very soon that he did in fact win, even though all the pundits said he had no path to 270 electoral votes, and then, whether we ask him to or not, he'll happily recreate watching the returns on election night, naming each state he won and maybe mocking all the crying liberal media anchors, because did you know he won? Also, have you seen the electoral map? Here, take a copy of the electoral map. He won, you know.

Of course, the real reason we're being reminded Trump won is that Trumpers don't understand that winning one election doesn't actually make you Supreme Monarch for life -- which you'd think they knew, after telling Barack Obama so many times he wasn't King. The problem, of course, is that some people fail to recognize that winning an election means you get your way all the time, as this Trump fan explained in reply to Conway:

The only remaining question now is whether the next anniversary to merit attention from Team Trump will be at the nine-month mark or a full year after the election. Go ahead and figure that one out while you're picking an outfit for the big six-month Inaugural Anniversary party, to celebrate what was without question the most-viewed inauguration of all time in the entire multiverse.

Yr Wonkette is supported by donations from readers, so please click the "Donate" clicky below. It will help us deal with the slow realization that Trump really won. Did you know he won?