Tear Your Own Eyeballs Out For This Christmas Recipe, St. Lucy's Baked Swede 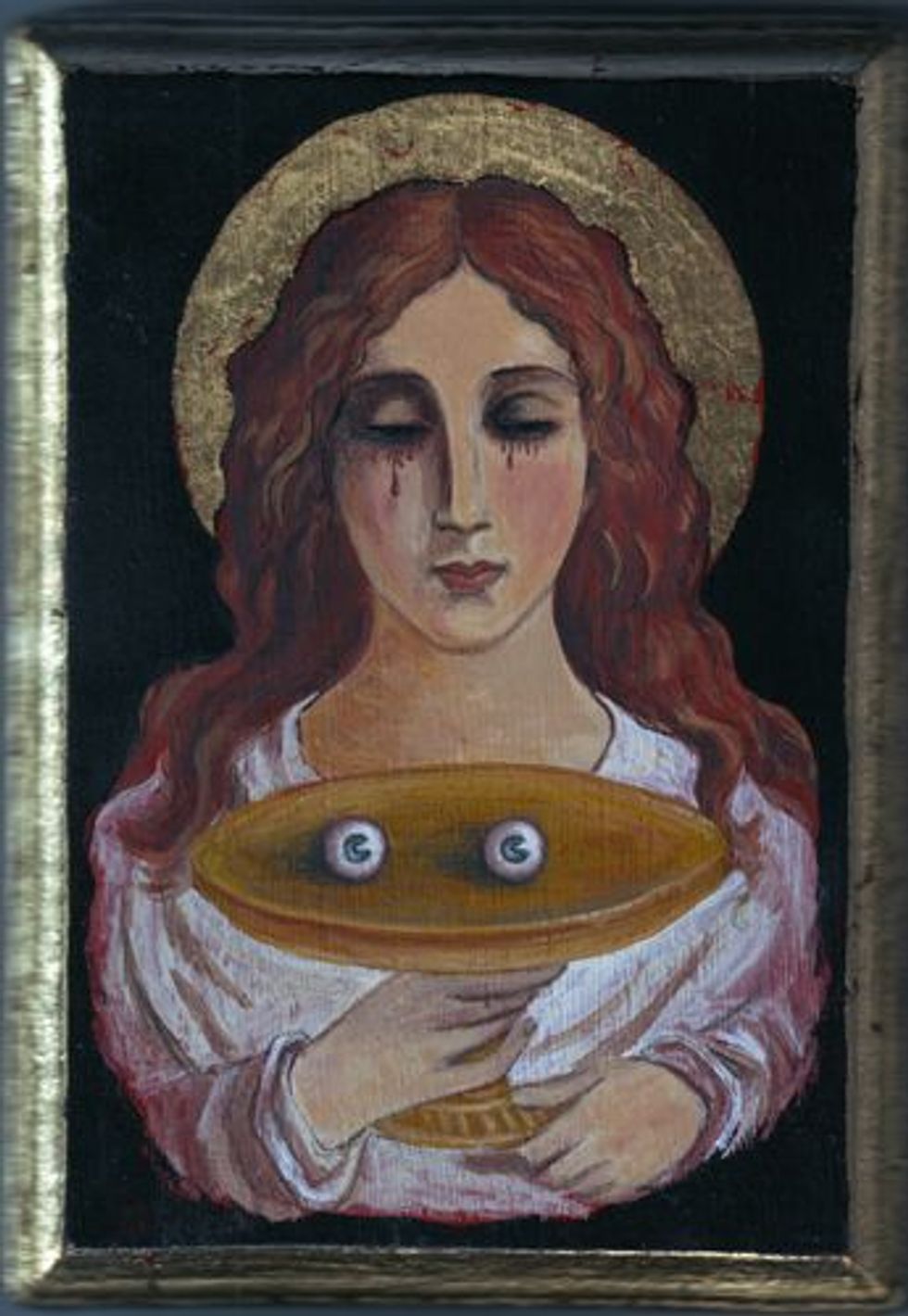 St. Lucy was a 4th century martyr from Sicily whose feast day we celebrate today, December 13. She was killed because the pagan man to whom she was betrothed found out that she was straight up giving her dowry away to poors. In defense of the powers that were, they only executed after a team of oxen was not strong enough to move her to their original idea for punishment: defilement at a local brothel. Even then, it took two attempts to kill her, as they could not get a pile of wood to ignite to burn her to death.

In addition to her charity, she had also consecrated herself an ever-virgin. She is often depicted holding a plate with two eyeballs on it. One legend says she gouged her own eyes out because some dude would not shut up about how pretty they were.

"Yeah, I get it; you think my eyes are pretty. I'm not going to fuck you," St. Lucy said to her suitor.

Then, she ran over to her psychiatry booth to help him work through the trauma of witnessing such a gruesome act.

Because of where her feast sits on the calendar, St. Lucy is associated with Advent, Christmas, and the winter solstice. She is widely honored in Scandinavia (where the solstice is a pretty big deal). Young girls dressed all in white with a red sash put a wreath with lit candles on their heads and serve breakfast in bed to their families.

The rutabaga is a very popular root vegetable in that part of the world, so much so that it's also called a "Swedish turnip" or simply a "swede." The following dish is traditionally served on Christmas in Scandinavia, and it would be difficult to come up with a better accompaniment to roast goose.

1 rutabaga, about as big as your head, peeled and cut into large cubes

Chicken stock, enough to cover the rutabaga in a pot

About a half stick o' butter

The rutabagas around here come covered in wax, so peel that and the skin off of it before you cube it.

Preheat the oven to 375 F, and butter a casserole.

Put the rutabaga and stock in a pot, and bring it to a boil. Cook for 20-30 minutes, until the swede is mashably soft.

Drain, but reserve the stock.

Add the butter, cream, nutmeg, salt and pepper to the rutabagas, and mash it with a potato masher. You want this mash to be considerably looser than mash potatoes, so add in enough of the reserved cooking liquid to make it thinner than mashed potatoes but thicker than any kind of soup or stew.

Put the mash into the casserole; grate some more nutmeg over top of everything, and put it in the oven.

Bake for about 45 minutes, until the whole thing is bubbling like the skin of a virgin on a pile of faggots.