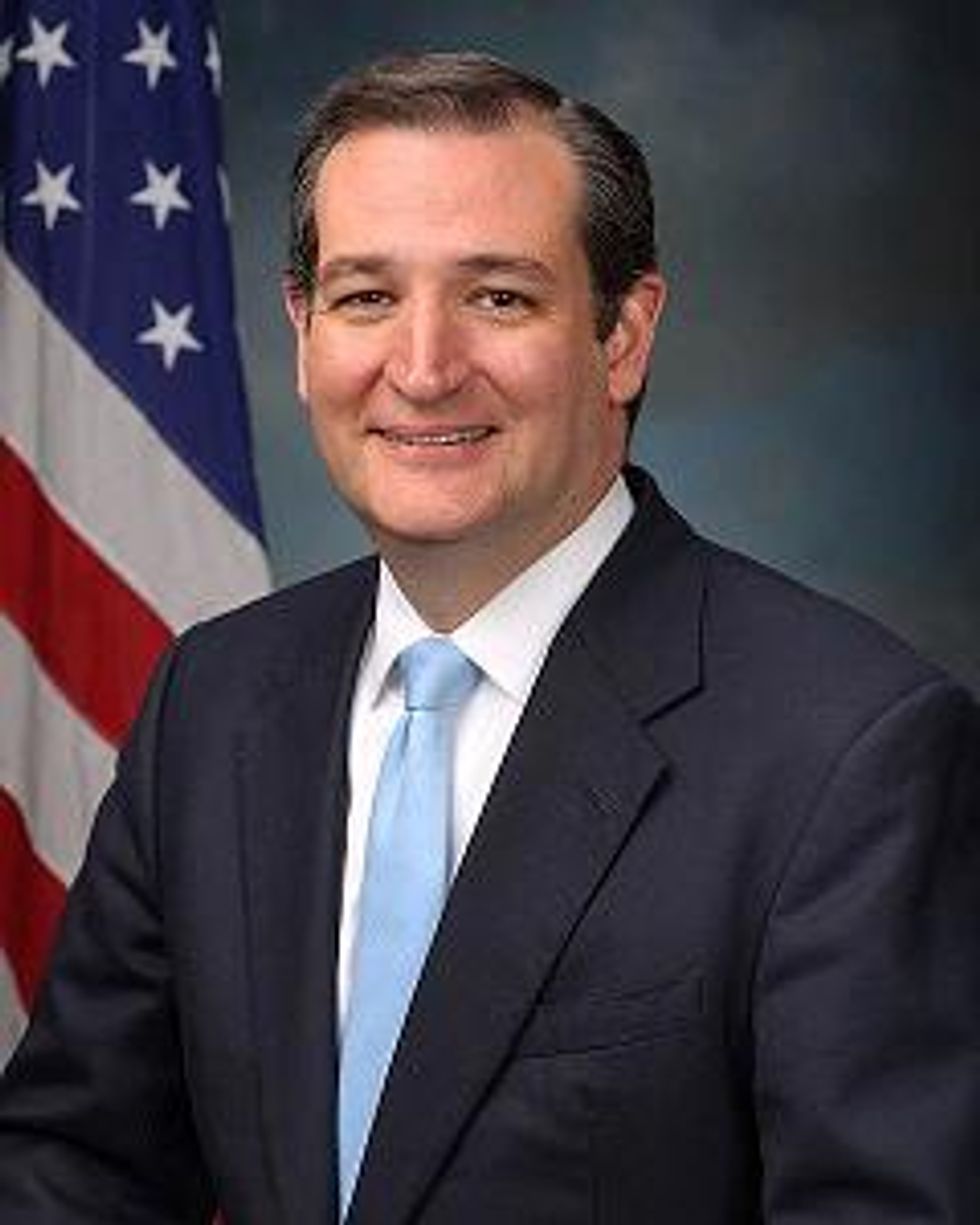 Ok, Glorious Readers, you totally owe us likea gazzilion dollars in donations of monies and/or booze. Because we spent all yesterday afternoon and part of the evening listening to the nasaly, whiny, pompous ass monkey from Texi-Canada, Ted Cruz, mount a fake filibuster about Obamacare. IT. WAS. TEH. WORST. There were several times when sharp objects had to be hurled from the chatcave lest we impale our ears, eyes, and any other sensory organ.

We had to endure discussions about Cruz's father washing dishes, a few references to Nazi Germany (natch), a weird tangent on White Castle, and the continued fact that Obamacare will strangle kittens in the nighttime. Gird your loins, come armed with plenty of alcohol, because we are about to walk you through the world's worstest fakest filibuster.

Before we get into the lowlights of the fake filibuster, let's explain why this is not an actual filibuster. A filibuster is when a Senator talks and talks and talks in order to delay a vote on a bill. In this case, Sen. Reid has said that a vote will happen on the bill at a set time. So basically, Ted Cruz can talk or not talk, and it won't make any difference at all, except that by talking he is making the entire chatcave drunker and drunker.

So what did this humaniod ballsack talk about for 16 hours and counting?

At this point, Yr Wonkette had more important things to do, mainly involving alcohol and a form of self-pleasuring that was legalized under Obamacare.