Ted Cruz Has List Of So Many Obama Crimes, Will Do Something About Them Just As Soon As All Your Checks Clear 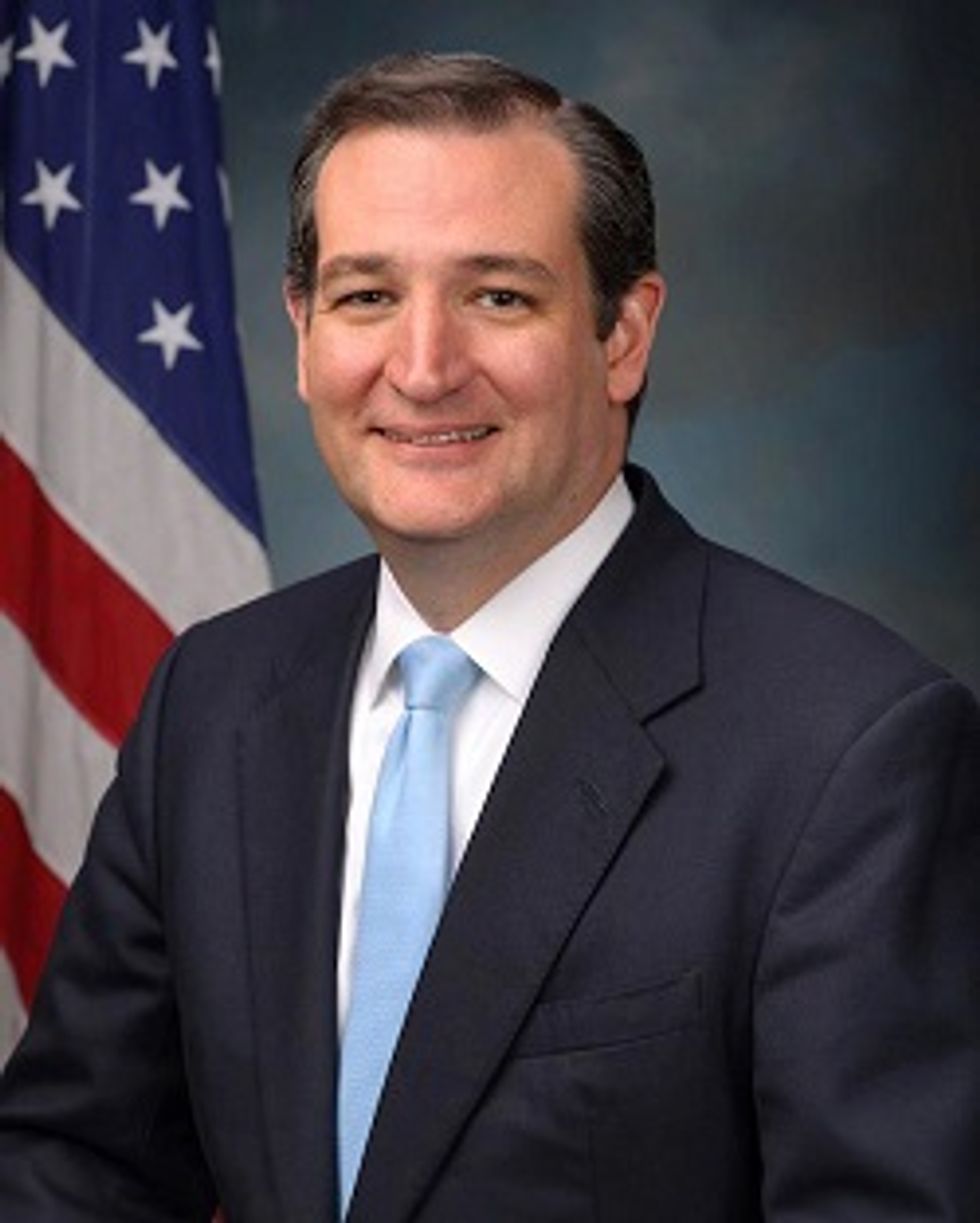 Sen. Ted Cruz, the Canadian anchor baby the state of Texas in its infinite wisdom saw fit to represent it in what was once un-ironically called The World’s Greatest Deliberative Body, has decided that not only should he listen to the shortwave radio transmissions his fillings pick up, but also that he should transcribe the broadcasts and turn them into a policy paper to rile up all the rubes. So yesterday he released “The Legal Limit Report No. 4,”a list of 76 illegal acts and abuses of power committed by the Kenyan Usurper during his Constitution-demolishing rampage of his presidency.

What is striking about the list – we’re sure you will be shocked by this – is how many of the items are not illegal or even arguably abuses of power, but are more accurately defined as “things the Obama administration has done that Ted Cruz and his base of rabid fuckwitted poop weasels don’t like.” All of these items have at one time or another found a home in far-right blogs and Twitter feeds and the fever swamps of the wingnut id. We don’t have time to go through all 76 (haha, 76, get it?) so let’s just look at a sampling.

This is an old charge that Mittens Wellington Hathaway Romnington IV raised during the 2012 campaign and has been knocked down again and again and again and again. The president did not grant work waivers so poor people could sit on their asses buying king crab legs with their welfare checks forever and ever. Rather, his administration allowed states more flexibility in revising the requirements, tailoring their own programs to focus more on getting results and less on the bureaucratic process that often frustrated them. Pro tip for Edmonton Ted: if the Daily Caller is your source, you can be sure the allegation is the opposite of true.

Wait, isn’t this supposed to be a list of lawless actions undertaken by President John Dillinger? How can this action be both legal and illegal at the same time? You are aware that the question of whether states can nullify federal statutes they don’t like was settled some time ago, yes? Don’t answer that.

Actually the administration granted a waiver allowing entities to opt out of the contraception mandate. The fact that signing a piece of paper affirming this decision to opt out is still too much of a burden for some people does not make it illegal, though the Supreme Court has not officially ruled on the question yet. At this point, we’re joining with the majority of Americans who have realized that current SCOTUS decisions are tainted by the possibility that Antonin Scalia is an AM talk-radio host masquerading as a judge and hoping he’ll be in the minority this time.

Whoa, we’re pretty sure we would have heard about this if it were true. Which it’s not, and the linked article that is Moose Jaw Ted’s source makes no such claim. What actually happened was the National Labor Relations Board found that Boeing had unlawfully moved an airplane production line from unionized Washington to the non-union environs of South Carolina as retaliation against unions for past strikes and as a deterrent to future ones and ordered Boeing to move it back. It might have been an unusual move for the NLRB (possibly because there are so few unions for it to have to oversee these days) but certainly within the Board’s legal authority.

If Yukon Ted needs an example of elected officials possibly illegally influencing unionized workers, we can give him another recent example.

You know the Canadian anchor baby is really stretching when you get down to these, all of which were listed in a section of Ted’s report called “Other Abuses of Power.” Those first three are in no way abuses of power under any conceivable definition of the term, and the second one is at worst a broken campaign promise that was made before the Great Recession hit just before the ’08 election. That fourth one your Wonkette actually knocked down months ago. (If we didn’t know better we’d think that Vancouver Ted doesn’t read Wonkette.) As for the Amish farm, it may not be the biggest crime anyone is committing in America these days, but selling unpasteurized milk across state lines is in fact a violation of federal law. One would think a federal lawmaker would know this!

Of course, any item on this list being accurate is irrelevant to the Senator’s greater purpose of being the standard bearer for the insane paranoiacs who make up the GOP base. Personally, we’re hoping to be conquered by giant space ants long before those nitwits get their hands on the levers of power.