Instead of Trying To Be Funny About Ted Cruz Lecturing Trayvon Martin's Mom, Here Is A Stand Your Ground Painting Instead 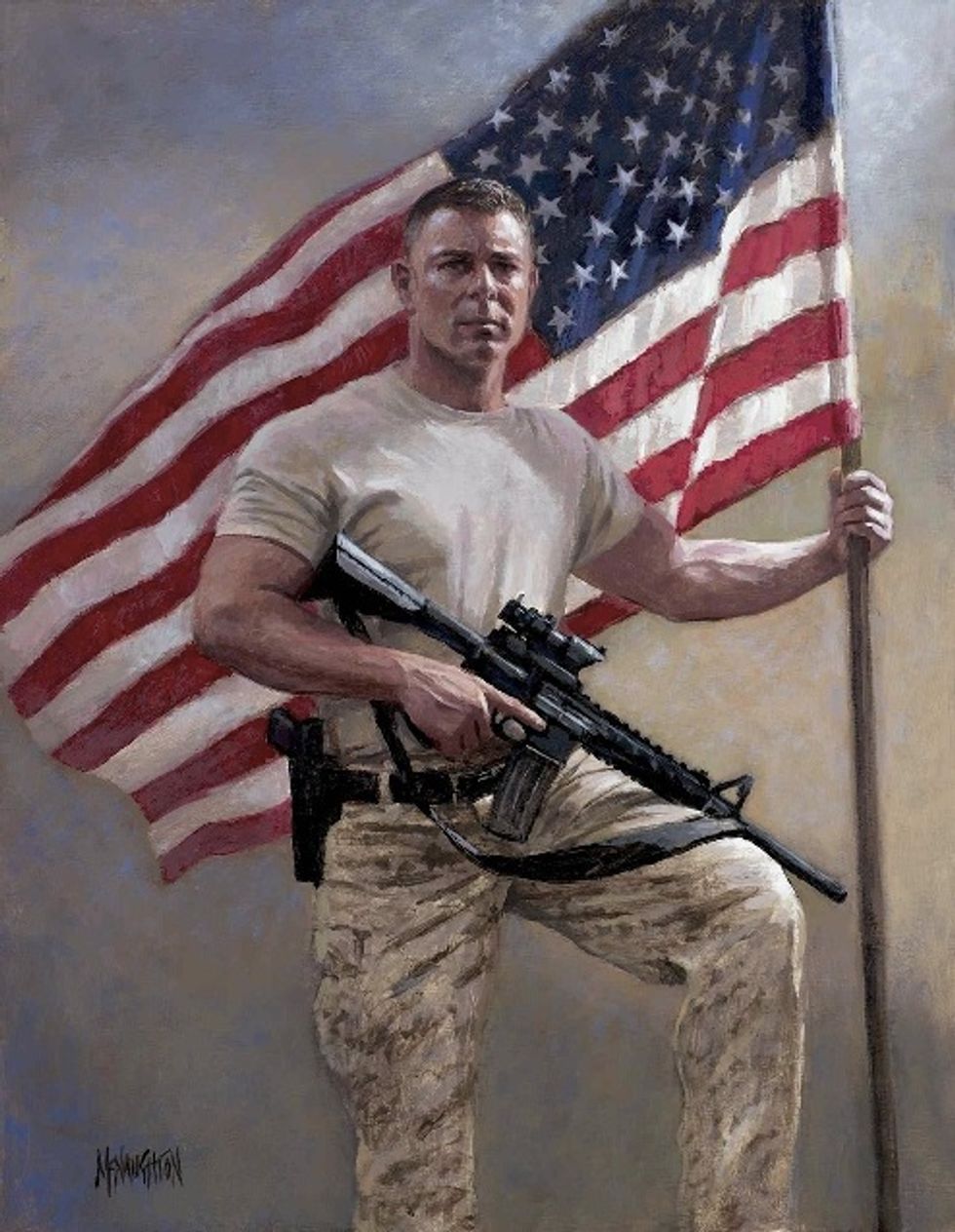 We couldn't think of a way to make a joke about yesterday's spectacle of Sen. Ted Cruz and other Republicanslecturing Trayvon Martin's mother, Sybrina Fulton, about how "Stand Your Ground" laws have actually been good for black people. So instead, here's something far easier to laugh at: "Stand Your Ground," an inspirational painting by Constitution artist and great novelist Jon McNaughton. Subtle, isn't it?

Cruz and other Republicans argued that they had exciting data to show that Florida's Stand Your Ground law was excellent for black families -- sorry about your loss, Ms. Fulton -- because 55% of black defendants using a stand your ground defense were successful. But if you're Fulton or Lucia McBath, whose son was shot and killed for being in a car with a loud stereo last year, your mileage may vary.

Mother Jones notes that the Republican stats only "benefit black people if you hold the data up to the light and squint a little." Somewhat more telling are

studies from Texas A&M University and the National Urban League that highlighted the stark racial disparities in Stand Your Ground laws and picked up on what Cruz missed: The greatest determining factor in whether your SYG claim will hold up is the race of the victim. According to a study commissioned by the National Urban League, homicides were "justifiable" in 49 percent of cases in which a white man shot a black man compared to just 8 percent of cases in which the roles were reversed.

Again, not exactly a laugh riot, so let's get back to that brilliant McNaughton piece up there. McNaughton explains his inspiration:

I wanted to paint a picture that represents why I think gun ownership is important. Since our country’s inception, we have proudly believed in the right of each citizen to own firearms. No man, or group, can take away these unalienable rights.

The man in this painting can be any American who is patriotic, responsible, well trained, and won’t back down to any kind of aggressor.

Or maybe an American who leaves his AR-15 leaning against his gun safe in an unlocked garage, oops. We're also going to speculate that this Duke Nukem fanart didn't start out as a tribute to ground-standing private gun owners; the URL for the picture itself describes it as "PortraitOfSoldier," but maybe McNaughton decided that gun-fondling sells better than troop-supporting these days. Also, note how he keeps his sternum up.