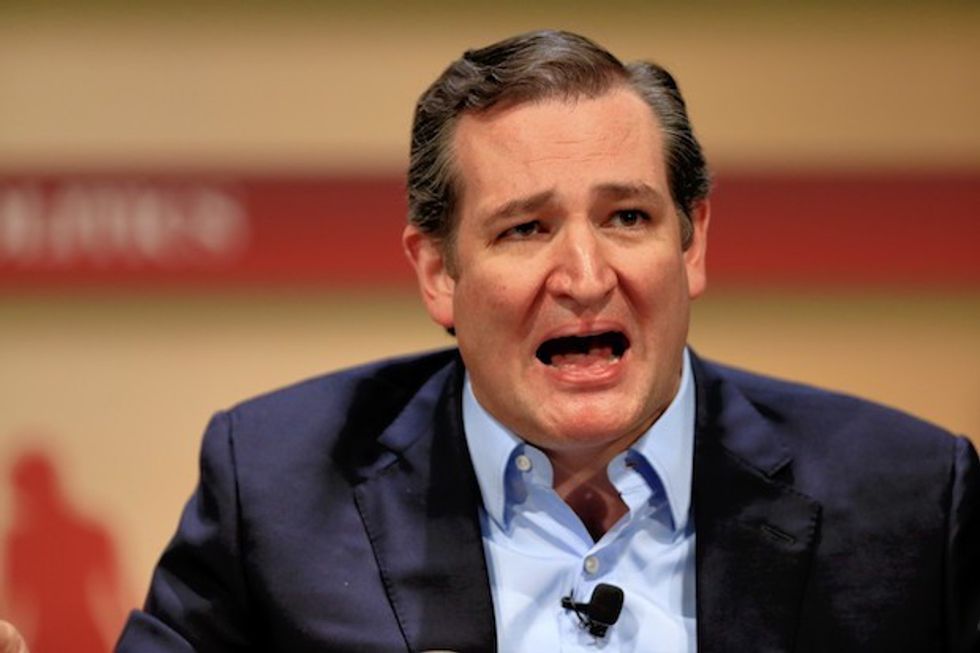 This is Ted Cruz's sex face.

So, there's this lady and she's walking into her house, talking on the phone to someone I assume she is romantically involved with, on account of calling them "honey" and "sweetie." She's all like "Honey? I'll -- I'll call you back. I don't know, something's in the house." So she walks over to her living room, and there, on her stark white couch, are two people fucking. Naturally, rather than calling the cops or being like "Hey, why are you people in my house, having sex on my white couch?" she stands secretively by a pillar, lifts up her skirt, unbuttons her blouse and begins to masturbate. She does not appear to climax at any point, probably because she is doing this all wrong.

Also, according to the AMAZIN Craig Mazin, the screenwriter who was Ted's college roommate, Ted was -- at least in college -- a serial master debater.