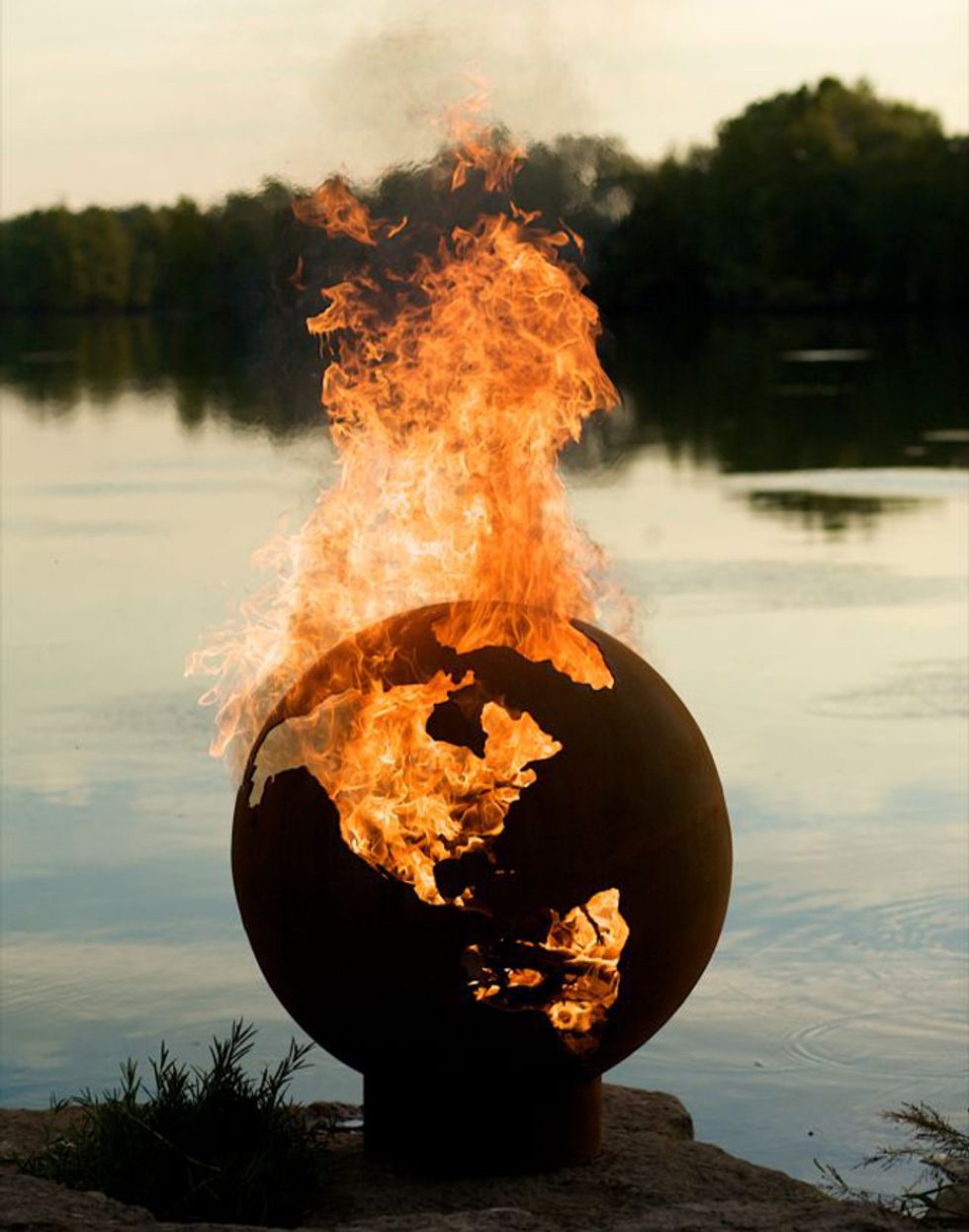 Watch out, Wonkers, it may very well be Ted Cruz day at Yr Wonkette. No, come back! We'll have kittens later, maybe. Old Bile and Backpfeifengesicht was doing a Town Hall thing in New Hampshire Sunday when he used a metaphor that was just a little scary to a small girl in the audience. We're talking little child, being held by her mom.

Tedzo was explaining that we're at a decisive moment in American -- indeed, world history -- because with these guys, we always are on the brink of disaster if The Enemy of the moment (who is usually Hitler, regardless of their actual identity) -- isn't brought to heel:

"It is now or never," he explained. "I don't think we've reached the point of no return yet. But we're close. We are close! And I believe if we go four or eight more years on this same path, we risk losing the greatest country in the history of the world [...]

"Millions of Americans are realizing this isn't working," the possible Republican presidential candidate continued. "The Obama economy is a disaster. Obamacare is a train wreck."

"And the Obama-Clinton foreign policy of leading from behind -- the whole world is on fire."

This was not especially well-received by the preschooler: "The whole world's on fire?"

Audience laughter, and then Cruz, ever the son of a fire-and brimstone preacher man, rounded on the girl and repeated, "The world is on fire! Yes! YOUR world is on fire!" This despite Cruz's certainty that global warming is a hoax that we shouldn't waste money studying.

But then he promised to make everything better, honey, because no way would the little girl's mommy or any of the brave patriots in the room, ever let the Obama-Clinton foreign policy of leading from behind burn up the poor little girl and everyone she loved: "But you know what? Your mommy is here and everyone is here to make sure that the world you grow up in is even better." And if she worries about liberals under the bed, all she has to do is clap three times, pray to Jesus and the Koch Brothers, and renounce John Maynard Keynes and all his dark works.

You'd think he'd have a little more regard for his effect on children, considering what a big jerk his own baby was to Old Handsome Joe Biden.

In a clarification emailed to Wonkette this morning, the little girl stated that, on further reflection, she believes that if Ted Cruz thinks he's the answer, then we don't need no water, let the motherfucker burn.

Also, on a completely unrelated topic, while looking for an image for this post, we learned that Ernest Borgnine wrote a memoir titled -- for the British version only -- I Don't Want To Set the World on Fire, I Just Want to Keep My Nuts Warm.

We thought you'd want to know.