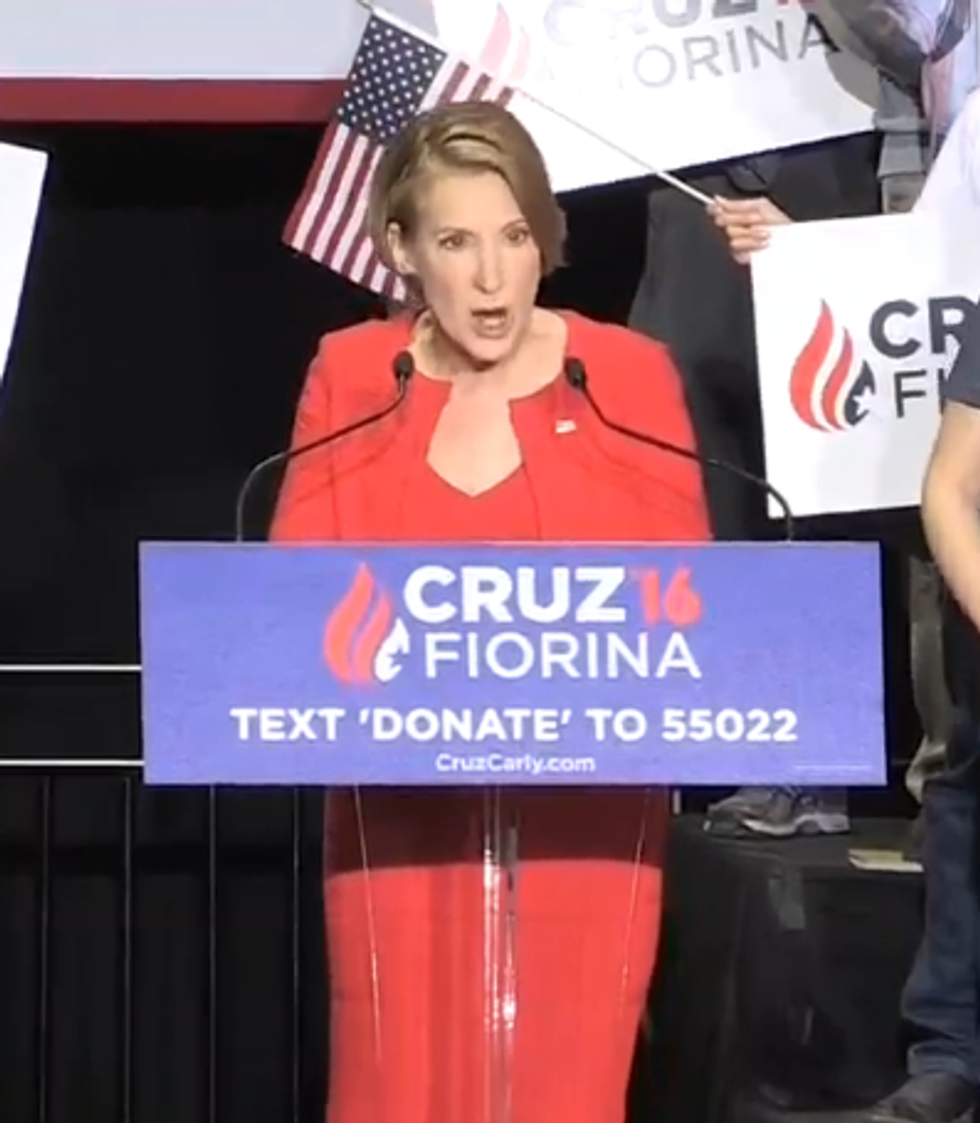 Ted Cruz has announced that yes indeed, he haschosen America's new mommy, and it is Carly Fiorina! As we write, he is STILL FUCKING TALKING 30 MINUTES LATER, and ... BREAKING! It seems that Carly Fiorina is actually there! (We were worried, 30 minutes in, that he hadn't actually secured her agreement to be his "running mate," lol.)

Is Ted Cruz Giving Us A New Mommy, America?

(It is lol because Ted Cruz is not going to be the Republican nominee. Paul Ryan is.)

Anyway, in that 30 minutes, Ted Cruz reminded Carly Fiorina for like FIVE MINUTES STRAIGHT, that Donald Trump thinks she's ugly. (For the record, she looks good!) Ted Cruz said that she stood up to Donald Trump and said "hey, don't call me ugly!" Which is correct, if you replace "Donald Trump" with "Democrats." Let's go to the way-back machine!

Donald Trump Attacked Carly Fiorina's Face And She Is MAD (At Democrats, Obviously)

True to her promise, she isn’t spending any more time addressing Trump’s attack on her face. Or, as he has explained, her “persona” because that’s what he meant by “face,” he meant “persona.” (Suuuuuuure, The Donald, sure that’s what you meant.) Besides, Carly has a message, it is A Message From Carly, and that message is directed at the real sexists who attacked her wrinkly old persona:

Ladies, note to Democrat Party: We are not a special interest group. We are a majority of the nation. This is the face of a 61-year-old woman, and I am proud of every year and every wrinkle.

Anyway, Carly Fiorina is now on the teevee talking about drinking the blood of Ted Cruz's enemies, and she just said Ted Cruz was "fun," and we love this goddamn election, the end.