Ted Cruz Shows Dumb Old President Obama How To Be Respectful At A Funeral, And That Is To Walk Out Of It 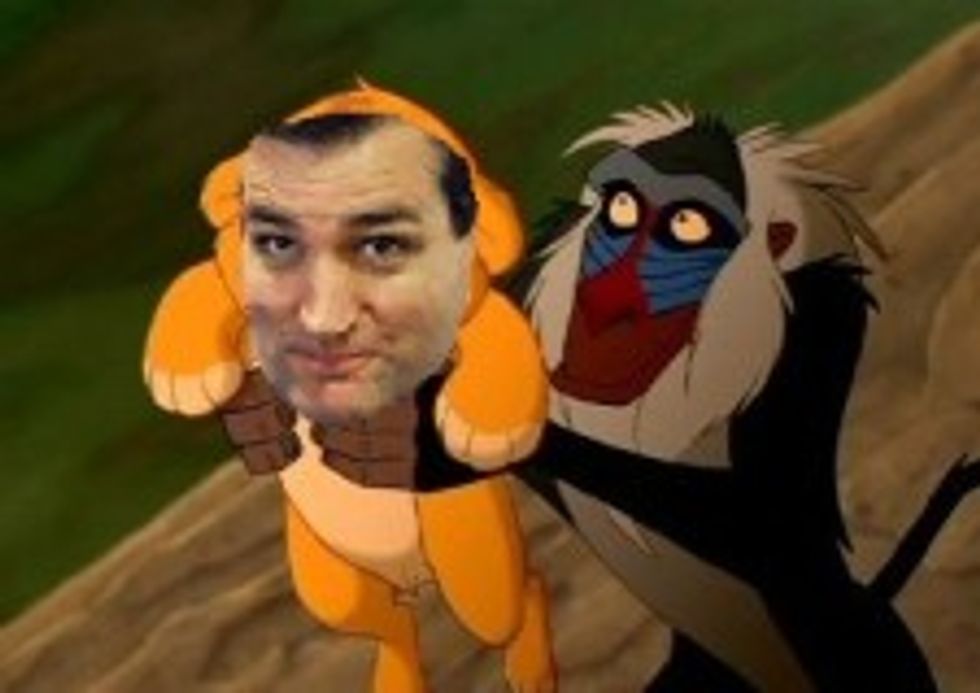 We all had a lot of fun yesterdaytsk-tsking the president for dancing a watusi with Danish prime minister/Bond girl Helle Thorning-Schmidt at the memorial service for Nelson Mandela. We had so much fun with it that we didn't pay any attention to the rest of the service, like when Ted Cruz showed that disgraceful ol' prez how a real man acts respectfully at a funeral, and that is to huff out of it in protest.

We mean, maybe it's just us! (It is probably not just us.) But is Raul Castro actually so bad of a worldwide supervillain that his presence at the podium, eugooglizing the departed, is enough to make all right-thinking people stand up and walk out, turning a memorial service into a nice little showcase for their their very important principles about showing the world when they, Ted Cruz, are Seriously Displeased? We are trying to think of someone who is so evil, so terrible, that it would be absolutely imperative that we not lend our silent assent through our very presence, and we are coming up pretty much snake eyes. You guys, we would even still sit there if Liz Cheney were sexplaining why Apartheid was awesome and divestiture was A Idiot. We would probably demonstrate our dissent by something that would really show her, like not clapping, and probably a very mean face.

Here, for instance, is the entirety of the National Review Online's report on the matter:

“Senator Cruz very much hopes that Castro learns the lessons of Nelson Mandela,” said Sean Rushton, Cruz’s communications director. “For decades, Castro has wrongly imprisoned and tortured countless innocents. Just as Mandela was released after 27 years in prison, Castro should finally release his political prisoners; he should hold free elections, and once and for all set the Cuban people free.”

Earlier in the day, President Obama shook hands with Castro.

Anyway, Barack Obama, please be a real man from now on, like Ted Cruz, who knows how to act at funerals and that is to make it all about him.