long-form birth certificatept What are the Kenyans up to now?ted cruz 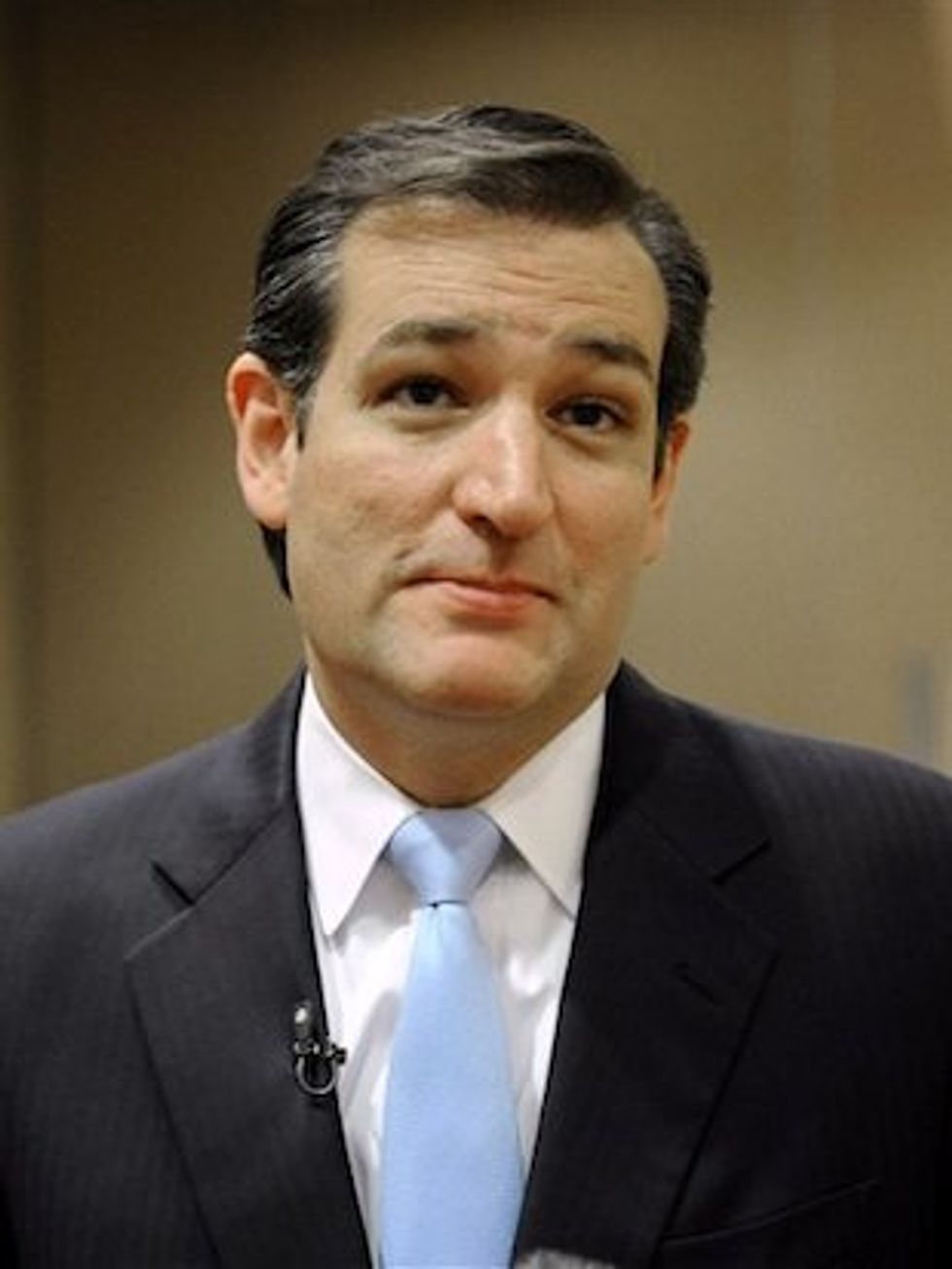 Once upon a time, real America-loving Americans understood that you have to be borned in America --real America, not that bogus semi-American Kenyan state of Hawaii -- if you want to be president. (This obviously does not apply to John McCain, because he is A HeroTM who bravely and maverickly crashed many planes to help win the war in 'Nam, so we can't even talk about where he was born but, hint, it rhymes with Shmanama Banal.)

But that was so long ago that we've all forgotten about that. Where you are borned does not matter if you heart America enough, so shut up, racists, because it is time to give this fine young Canadian a chance:

Freshman senator Ted Cruz is considering a presidential run, according to his friends and confidants.

Cruz won’t talk about it publicly, and even privately he’s cagey about revealing too much of his thought process or intentions. But his interest is undeniable. [...]

For the moment, Cruz’s inner circle is small: mostly aides from his Senate campaign; his father, Rafael; and his wife, Heidi. They didn’t plan on having these presidential conversations so early in his first term. Yet Cruz’s rapid ascent and a flurry of entreaties from conservative leaders have stoked their interest — and Cruz’s.

Ah ha! So Ted's dad and his wife -- who are not biased in any way -- think it is time to talk about how he should run for president maybe, because of his "rapid ascent," which is fancy talk, we guess, for "his name is in a lot of headlines, usually because he has said something RIDICULOUSLY stupid and/or shocking and/or unintentionally hilarious and/or even Jennifer Rubin, who hasn't had much to do since she was forced to stop cheerleading for Mitt Romney, has called him a 'jerk.'" You know, that kind of "rapid ascent."

On the one hand, letting this freshman senator from Texas try to be president seems like a great idea, because it's been ages since some Texas moron got to run America so maybe things have changed and it won't be a total clusterfucktastic disaster like the last time. Also, Donald Trump seems kind of bored ever since he got punked by President Obama on that whole long-form birth certificate thing, so this would give him something new to "investigate."

Because obviously, Ted Cruz has to be investigated, right? The internets say he was born in some crazy socialist place called Canada, and everyone knows that means you cannot be president. EVERYONE KNOWS THAT! Except Cruz, apparently:

Cruz isn’t worried that his birth certificate will be a problem. Though he was born in Canada, he and his advisers are confident that they could win any legal battle over his eligibility. Cruz’s mother was a U.S. citizen when he was born, and he considers himself to be a natural-born citizen.

Nice for Ted that he's not worried about proving he is A Real American, but dude, that is so not how it works. First you must be vetted by Fox News and Sheriff Joe Arpaio's "cold case posse" and some dentist/lawyer/realtor in California. Then you must release your birth certificate, which will be vetted by all the aforementioned birth certificate experts. Then you must personally deliver the original -- no copies, hoss, certified originals only -- to each and every person who is TOTALLY NOT RACIST but simply asking what we're all thinking, which is that you sure don't look like A Real American. (No, that's not a question, but shut up, that's not the point, we're trying to save America from Canadian tyranny!)

It's early though. Cruz is still in the stage of pretending he's not practicing writing President Ted Cruz on his notebook, so he doesn't have to prove he's a secret mole from Canada or Kenya or some other godforsaken un-American place just yet. But here is a vague quote from an anonymous "former colleague," so this could turn out to be a real thing:

“If he thinks this country needs bold leadership, he’s not going to shy away,” the former colleague says. “He is one of the most confident people I know, and he’d run to win.”

Well, running to win is definitely a unique strategy that has never been used before. And with Ted's dad and his wife and various anonymous sources talking about how he could maybe run for president, El Presidente Cruz is practically a sure thing. Just as soon as the eligibility challengers finish vetting his long-form birth certificate.