Tennessee Hog Farmer/Representative: Why Does The Humane Society Let Us Keep Raping These Pigs? 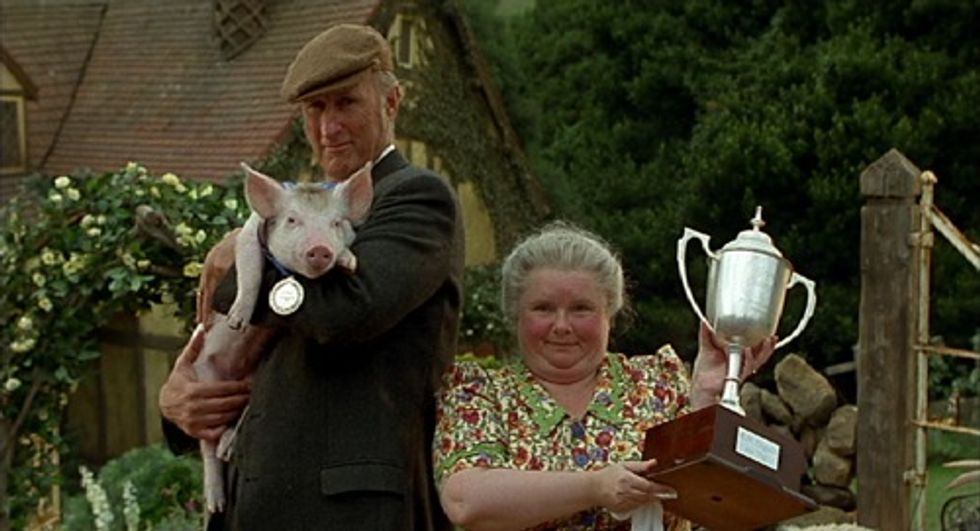 Just as people calling out racism are the real racists, people calling out homophobia are the ones who are "intolerant," and abused wives are (OBVIOUSLY) the real abuser, Tennessee representative (and hog farmer!) Andy Holt helpfully explains that the Humane Society of the United States is the "disgusting, reprehensible" groupresponsible for animal cruelty! Because sometimes they do investigations, and that means the animals suffer while they are finding stuff out? So also they are human traffickers, obviously, letting the animals be raped by big animal rapers like Andy Holt, apparently. Weird.

First, it is pretty funny that Kayci McLeod, the policy coordinator for the Humane Society's Farm Animal Protection Campaign, wrote Holt some dumb form letter asking him to oppose HB 1191, with a whole thing about blah blah blah, when it was actually Holt's bill. So Holt could have been forgiven if he'd just sent her an email calling her an idiot, because come on, flacks, get your targets fucking right. But is that what Holt did? Sadly, no!

I am extremely pleased that we were able to pass HB 1191 today to help protect livestock in Tennessee from suffering months of needless investigation that propagandist groups of radical animal activists, like your fraudulent and reprehensibly disgusting organization of maligned animal abuse profiteering corporatists, who are intent on using animals the same way human-traffickers use 17 year old women. You work for a pathetic excuse for an organization and a pathetic group of sensationalists who seek to profit from animal abuse. I am glad, as an aside, that we have limited your preferred fund-raising methods here in the state of Tennessee; a method that I refer to as “tape and rape.” Best wishes for the failure of your organization and it’s true intent.

Well, at least he did not sign it "very truly yours." Instead, he takes no leave of her, and sends no compliments to her mother! She deserves no such attention! He is seriously displeased!

[Tennessean, via Wonket operative " Bearded Lawyer for Justice For All, including teh turtles, especially teh turtles"]