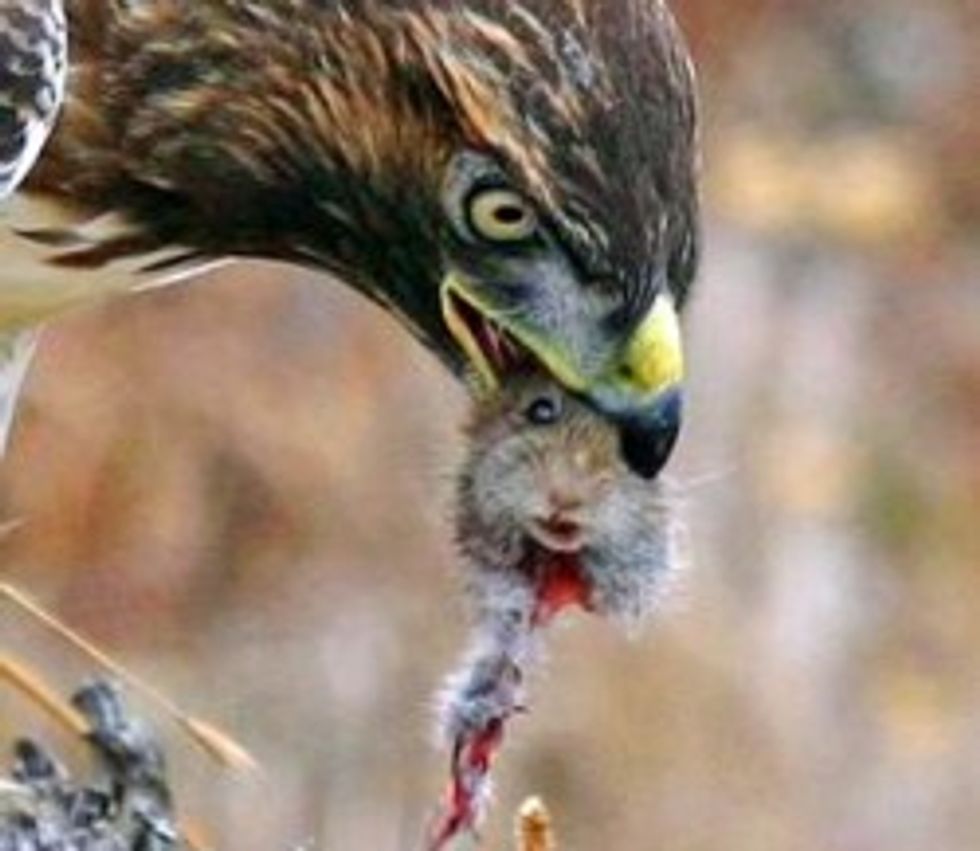 Tennessee! Tennessee's latest contribution to the world is a bill by a group that invokes the soaring noble bird hero of America, the eagle, in order to keep things nice and white and Christian around here. This time, because unfortunately there have been previous times, this awful group wants to limit the number of foreign-born teachers that the state can employ, as well as the number of textbooks that the heinous organization "sees as favorable to Islam." The heinous organization is called THE TENNESSEE EAGLE FORUM. These eagle people know what is best for us all, with their big proverbial wings and deadly beaks and great eyesight. And so no one, not even any Democrats, it seems, is that worried about this bill, which is being discussed this week.

The Putting Tennessee First Act, as it shall be named, declares, via Think Progress, that the "state’s chartering authority may not approve schools where more than 3.5 percent of their staff is made up of immigrants, even if they are legal residents of the United States." Oh, our stars.

This American-only bird club is actually run by a spectacular anti-woman woman named Phyllis Schafly, who says that feminism is "the most dangerous, destructive force in our society today." So this is going well so far.

The state's Caucus Chairman Bill Kentron "has thus far denied that religion played any part in his decision to support the bill," but some other guy, also a Republican, proudly admits that he "believes the bill’s supporters are concerned with Islamist groups infiltrating charter schools."

As the Tennessean explains, the eagle gang is also behind last year's ridiculously named Material Support to Designated Entities Act, also known as the Verbal Vomit On Non-Christian Humans Act, which thankfully died but "would have declared some followers of Shariah to be terrorists."

Delightfully, Democrats "have expressed little opposition to" this new bill, says the Tennessean.

STRANGELY, our man in the closet Stacey Campfield is one of the only people voicing concerns about the bill. He told the Tennessean:

If people are here legally and legally qualified for a job, I have no problem with them. That’s what America is all about.*

*Unless you are gay! Including you, gay eagles! [The Tennessean via Think Progress]