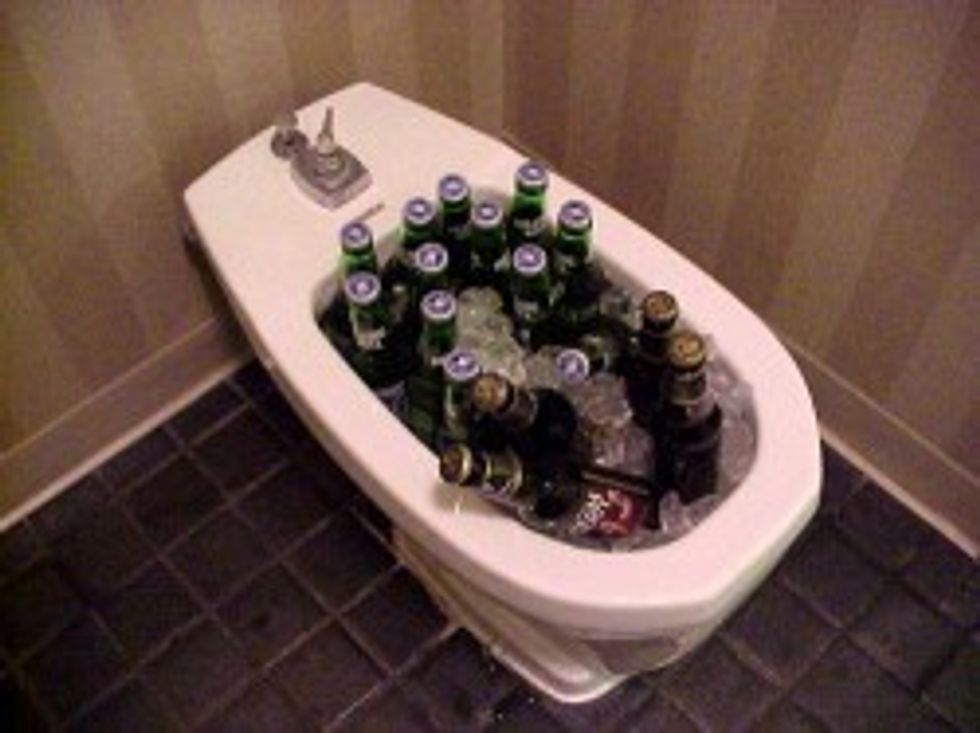 Tennessee legislators were worried that the new porcelain fixture in a corner of a remodeled Capitol restroom might splash Sharia Law all over them, but building managers were quick to reassure them that it was merely a mop sink. As we all know,Muslim footbaths threaten America's social fabric (actual headline), so you just can't be too careful about these things!

Senate Clerk Russell Humphrey told the AP that members of both the House and Senate had asked whether the sink, which replaced a wall-mounted utility sink that had been in the same spot, had been installed for the use of Mahometans and their bizarre prayer-related ablutions. It was not reported whether Humphrey or anyone else involuntarily snickered while explaining that the floor-level fixture was installed to make filling and emptying mop buckets easier.

The AP did ask two Republican sponsors of a 2011 bill that would have made it a felony to impose Sharia Law in Tennessee whether they had been behind the inquiries. One, Sen. Bill Ketron, confirmed that he had asked Humphrey if the sink was installed for religious purposes after the other sponsor, Rep. Judd Matheny, raised questions about the possibility that a good Christian restroom had been tainted by a Muslim Abomination-Faucet.

Matheny denied that he was involved in raising questions about the basin.

“I don’t know what you’re talking about,” he told The Associated Press last week. “It’s not ringing a bell.”

Now that the question of whether the sink was intended for Muslim foot-washing has been resolved, Tennessee lawmakers are expected to consider measures that can be taken to prevent Muslims from sneakily washing their feet in the mop sink anyway.